Opinion: Smokefree 2025 - An opportunity for Government

Staff from the University of Otago, Wellington and the Cancer Society and have jointly called on the Government to take bold action on smoking to achieve the Smokefree Aotearoa 2025 goal. This call was made in a letter to the New Zealand Medical Journal last month – and has been explored further in an opinion piece written for the Otago Bulletin Board. 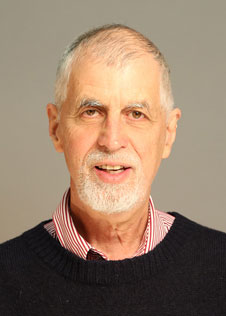 The new government has a huge opportunity to make its mark in improving health and reducing health disparities. A wide-ranging array of actions to achieve the Smokefree Aotearoa 2025 goal would quickly save hundreds of lives, greatly reduce poverty, and would above all help Māori and Pacific communities. We suggest a comprehensive approach that makes tobacco less normal and accessible, and reduces the appeal of tobacco products. This approach is needed to ensure that the next generation will be truly smokefree.

The new Government could start by bold policy and regulatory changes which create an environment that prompts and supports quitting, and reduces the risk of young people starting to smoke. These actions are needed to address the substantial disparities in smoking and the resulting disastrous impacts on health and wellbeing – particularly for Māori and Pacific peoples.

A priority should be greatly reducing the number (currently over 6000) of outlets selling tobacco. Despite being an addictive product that kills over half of its long-term users when taken as intended by the manufacturer, no licence is needed to sell tobacco products; they can be sold by anybody, anywhere. Tobacco retail outlets are disproportionately concentrated in poorer communities – helping to maintain high smoking rates in these groups. The Government even allows tobacco products to be sold in shops next to schools.

Tobacco should not be sold in every corner dairy, with children on both sides of the counter. Instead, places selling tobacco should be as secure as those selling ammunition, dangerous chemicals or pharmaceuticals, all of which are highly regulated. This approach would simultaneously improve small retailers’ safety, while reducing the normality of tobacco, cues to smoke among people trying to quit, and young people’s access to tobacco.

Reducing the appeal and addictiveness of tobacco products

A second priority is to make tobacco products less palatable and less addictive. The tobacco industry designs their products to hook young people. Innovations in cigarette design, such as capsule cigarettes which release attractive flavours, are calculated to appeal to youth. Government needs to ban tobacco flavours and sweeteners, and reduce the nicotine content in cigarettes to very low levels. Controlling the design of cigarettes, such as their content, colour and shape, and placing warnings on them, could greatly reduce their appeal. Together, these measures could discourage young people from experimenting with smoking and becoming addicted, and help existing smokers to quit (the vast majority of them regret starting).

"All these new policies pass the ‘scream test’ – where the tobacco industry violently objects to the policy. Such violent opposition is a sure indication of the effectiveness of the policy."

Such actions provide a historic opportunity to stop the tobacco industry from recruiting from current and future generations of young people. Weakening residual tobacco marketing in these ways would also help denormalise smoking and remove its social attraction. These measures would also help expose the ways the tobacco companies have exploited young people and other vulnerable populations for decades. All these new policies pass the ‘scream test’ – where the tobacco industry violently objects to the policy. Such violent opposition is a sure indication of the effectiveness of the policy.

Quitting could also be supported through much greater investment in using mass and social media to encourage quitting and discourage uptake. Such investment has been reduced over the past 10 years, despite the strong evidence of its efficacy and high cost-effectiveness, and in spite of the almost $2 billion annual tobacco tax revenue that could be used to fund such work.

Other ways to reduce the normality of smoking, reduce the risk of young people starting to smoke and reduce the cues to smoke for those trying to quit, are to extend smokefree area requirements, particularly where there is alcohol served. The presence of smokers in ‘outside’ areas of hospitality venues encourages smoking among young people and is a major trigger of smoking relapse among those quitting.

Many of these ‘new’ population level policies to help smokers were recommended in 2010 by the cross-party Māori Affairs Select Committee [MASC]. That Committee included the now leader of the National Party, Simon Bridges, and the Deputy Leader of the Labour Party, Kelvin Davis. These population level policies offer the Government a chance to get quick wins, and to distance itself from the previous Government’s more individualised approach.

"The goal to make New Zealand smokefree by 2025 is audacious, but it possible for a bold government to make the next generation smokefree."

Approaches to change the whole tobacco supply and smoking landscape would save many more lives, reduce poverty for thousands of families, and immediately save Government money. Fewer smokers will mean an immediate drop in heart attacks, strokes and respiratory emergencies, and a healthier and safer future for our tamariki and young people.

The evidence and arguments for such new policies are set out in the Achieving Smokefree Aotearoa by 2025 (ASAP) which echoes many of the earlier recommendations made by MASC.

The goal to make New Zealand smokefree by 2025 is audacious, but it is possible for a bold government to make the next generation smokefree. Failure to take sufficient action would betray both Māori, who have suffered disproportionally from the impact of tobacco, and the vision of the MASC, who recommended the 2025 goal.

The call to Government was made in a letter to the June 22nd New Zealand Medical Journal – Witt M, Edwards R, Hoek J, Thomson G. The Smokefree 2025 goal: an opportunity for the new government.