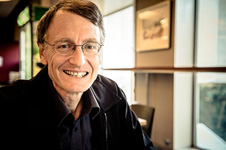 Greater regulatory controls of music content aired on New Zealand television and increased education within the music industry is needed to protect our young people, says a University of Otago academic.

The comments by Associate Professor Nick Wilson are in reaction to a study published in the New Zealand Medical Journal, which showed young people are being exposed to music videos with high levels of violent imagery.

The study, which Dr Wilson is one of the authors, is the first to look at violence content in music videos televised in New Zealand.

The study showed that nearly a third of music videos screened on a popular New Zealand music channel contained some form of violence. Researchers analysed 861 videos screened on Juice TV for violence, including themes around: death, presence of weapons, suicidal behaviour and Goth culture.
Of the 338 videos that contained violence content, 42 per cent contained sexual content, with 20 per cent of those including violence and sex in the same scene. The videos that contained alcohol references were also more likely to include some form of violence.

Dr Wilson said there should be tighter controls around content screened in the media that our children and teenagers could access.

"Options include educating the artists so that they can think about their responsibility to society and young people themselves being educated to think more about what they are viewing. I would also like to see more regulatory controls such as an increase in the television ratings and more parents using technology such as lockout functions on their electronic devices to stop their children accessing violent content."

"It’s a concern from a public health perspective given the research about the adverse impacts of exposure to televised violence on young viewers," says Dr Wilson.

Such exposure in childhood and adolescence is associated with increased aggressive and antisocial behaviour, with excessive television exposure having longstanding adverse psychological consequences, according to a high quality New Zealand-based longitudinal study.

"Parents know that children mimic what they see around them so in a way it’s a no brainer that seeing violence is associated with violent behaviour. These high levels of violence in music videos are also in conjunction with them being broadcast during a time that adolescents are most likely to be watching," says Dr Wilson.

Other co-authors of the research, which was part funded by the Accident Compensation Corporation (ACC), were Dr Lucie Collinson, Dr James Stanley and medical student Laura Judge.