Media coverage of the March 2019 Christchurch mosque shootings contributed to an increase in public support for gun control, a study by researchers at the University of Otago, Wellington has found.

The researchers studied print media coverage for the three months following the attacks, in which 51 people were killed while gathering to worship at two mosques in Christchurch. The attacks were livestreamed to Facebook by the shooter. 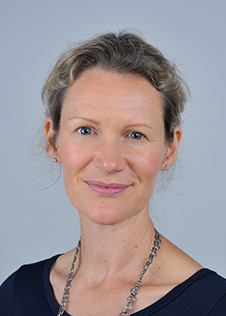 Dr Susanna Every-Palmer, the head of the Department of Psychological Medicine at the University of Otago, Wellington says one of the most notable features of media coverage was the refusal by most media outlets to name the shooter.

Of the 749 reports that focused on the mosque shootings, only 53 (7.1 per cent) mentioned his name, and only twice did it appear in the headlines.

She says this was likely influenced by the strong message delivered by Prime Minister Jacinda Ardern four days after the attack, in which she vowed never to speak the gunman’s name and asked others to follow her lead.

Dr Every-Palmer says the media’s decision to leave the perpetrator nameless and faceless meant New Zealanders were far more likely to support changes in government policy, rather than blaming the event on the actions of an individual.

“The New Zealand media’s focus on the ease with which someone could legally obtain dangerous weapons and the environment in which terrorism can grow, rather than on the shooter himself, is important.

“There is also evidence that not naming the shooter may reduce the risk of copycat events,” she says.

The New Zealand media’s decision not to sensationalise the perpetrator and his views differed markedly from the approach to previous mass shootings with 85 per cent of print media articles naming the perpetrators of the mass shootings in Norway in 2011 and in Las Vegas in 2017 in the six months following the attacks.

The researchers analysed print-based media reports from major New Zealand newspapers covering the mass shooting between 15 March and 15 June, 2019. They identified 958 reports. Of these, 749 had the mosque shootings as a central focus.

Dr Every-Palmer says there were more articles on the mosque shooting than any other event in 2019, with the story dominating the headlines for three months.

“Several factors, including the scale of the Christchurch attacks – the worst in New Zealand’s history – the media focus on the fact that the weapons had been legally obtained, and the fear of further violence all meant there was strong support for changes to gun laws, and a sense of urgency about implementing them.”

Within a week of the mass shootings, the Government had announced a ban on military style semi-automatic weapons. The following month, legislation to restrict semi-automatic firearms and magazines with more than 10 rounds passed in Parliament with near unanimous support. The second tranche of gun control reforms, which includes a register for firearms, was passed by Parliament in June this year.

Dr Every-Palmer says the Government’s rapid action on the first tranche of gun control measures coincided with the window of maximum support for legislative change.

Dr Every-Palmer says bipartisan support for gun control in New Zealand was also likely generated by the shootings which acted as a ‘focusing event’.

“This could reflect New Zealanders holding broadly similar attitudes towards gun ownership in a way that has not been observed in other countries such as the United States.”