Making a world of difference 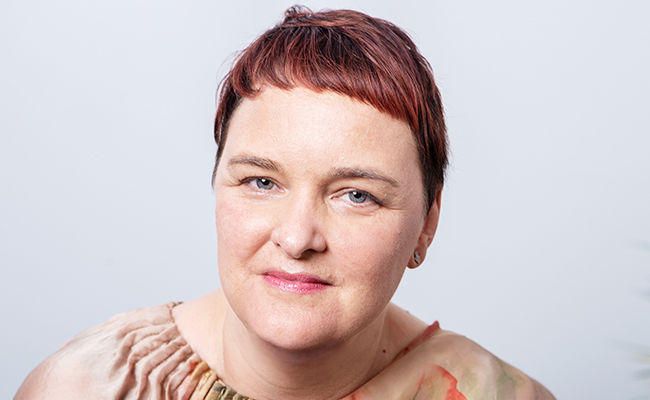 Dr Sarah Gordon (University of Otago, Wellington) is a finalist in the Women of Influence awards.

University of Otago academics and alumnae have been named as finalists in the Women of Influence awards, a recognition of their courage and determination to improve the lives of others.

The academic staff, Professor Suzanne Pitama (Ngāti Kahungunu), who is Associate Dean Māori at the Christchurch campus, and Dr Sarah Gordon, a Senior Research Fellow and Clinical Lecturer in the Department of Psychological Medicine on the Wellington campus, are finalists in the Innovation, Science and Health category.

Professor Pitama has spent the past two decades harnessing the power of education to bridge health inequalities in Aotearoa. A researcher and educator, she developed the Hauora Māori programme that is taught to all medical students across the University’s three campuses. At least 4,000 medical students and hundreds of working health professionals have taken part in the immersive programme since it was implemented in the early 2000s.

Professor Pitama also founded the Māori/Indigenous Health Institute which has become a powerhouse of education innovation and Māori health research.

The Dean of the University of Otago, Christchurch, Professor David Murdoch, nominated Professor Pitama for the awards. He says she has had a profound influence on improving Māori health inequities through education and research.

“To give an idea of the scale of change Professor Pitama has effected, when she began working for the University in 2001, only three hours of the undergraduate medical curriculum were dedicated to Māori health. Medical students now learn about the Hauora Māori model she developed for 60 hours over the course of their three final years.” 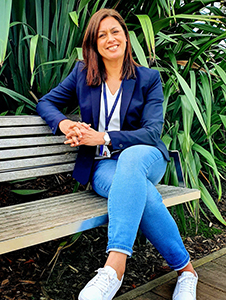 He says Professor Pitama and her MIHI team are changing the health workforce one doctor at a time.

“We regularly hear stories of ‘reverse role modelling’ where senior doctors see the powerful and positive way Otago graduates interact with Māori patients and want to emulate it. This positive feedback in the medical community means Professor Pitama and her team have been asked to train professional groups such as GPs, social workers, nurses and psychologists. “

Dr Sarah Gordon’s work in the Department of Psychological Medicine is a personal as well as a professional passion.

Dr Gordon has lived with mental distress since she was diagnosed and admitted to a psychiatric hospital at the age of 17. Despite being advised that a ‘return to University would be unwise’, Dr Gordon went on to complete four degrees, a Bachelor of Science, a Bachelor of Laws, a Masters in Bioethics and Health Law and a PhD in Psychological Medicine at Otago.

“Doing my PhD was a bit of a struggle,” she says. “I heard that I had been accepted to undertake a doctoral course of study while I was an inpatient in the local acute mental health service.”

After being in and out of hospital and spending seven months as an inpatient, Dr Gordon decided not to continue with her PhD. However, support from her lead supervisor, the former Head of the Department of Psychological Medicine in Wellington, Emeritus Professor Pete Ellis, and from her family, enabled her to complete her research without compromising her well-being, she says.

Dr Gordon has spent the last 20 years drawing on her personal experiences and her academic expertise to advocate for improved mental health services and a change in societal perceptions of mental health.

She now leads the Department’s World of Difference education and research programme, aimed at ending discrimination and promoting recovery, inclusion and respect for those who experience mental distress.

Fully led and delivered by those with lived experience, the World of Difference was initially established when funded by health promotion agency Te Hiringa Hauora to be a Like Minds, Like Mine education provider.

The Head of the Department of Psychological Medicine in Wellington, Dr Susanna Every-Palmer, describes Dr Gordon as a tireless champion of others and an inspirational leader.

“Dr Gordon dreamed up the World of Difference programme at a time it might have seemed impossible and then invested thousands of hours making it happen. She ignored the doubters, recruited the supporters and was undeterred by various setbacks along the way. World of Difference is now a flagship programme, which is internationally acclaimed, and which is making a significant impact in the landscape of mental health education and research.”

Dr Gordon says she feels privileged to have been nominated and is honoured to be named as a finalist alongside such an “incredible group” of women.

“I must thank Scott Savidge, one of the World of Difference educators, for nominating me.

“I must also thank all my family, friends and colleagues who support me in my work – to coin a phrase, ‘it takes a village to be a woman of influence’.”

Alongside the two academic staff, anatomy and politics student Ranisha Chand has been named as a finalist in the Young Leaders category for her work with Shakti, an organisation that supports migrant and refugee women of Asian, African and Middle Eastern origin. She has led protests against discrimination and abuse, and run workshops at high schools and businesses to raise awareness of these issues as a youth ambassador for the organisation.

The Otago alumnae finalists in the awards are:

The Women of Influence awards are run by Stuff and Westpac NZ and celebrate inspirational women embracing the challenges of the future. The 2020 winners will be announced at an awards dinner at the Aotea Centre in Auckland on 17 November.