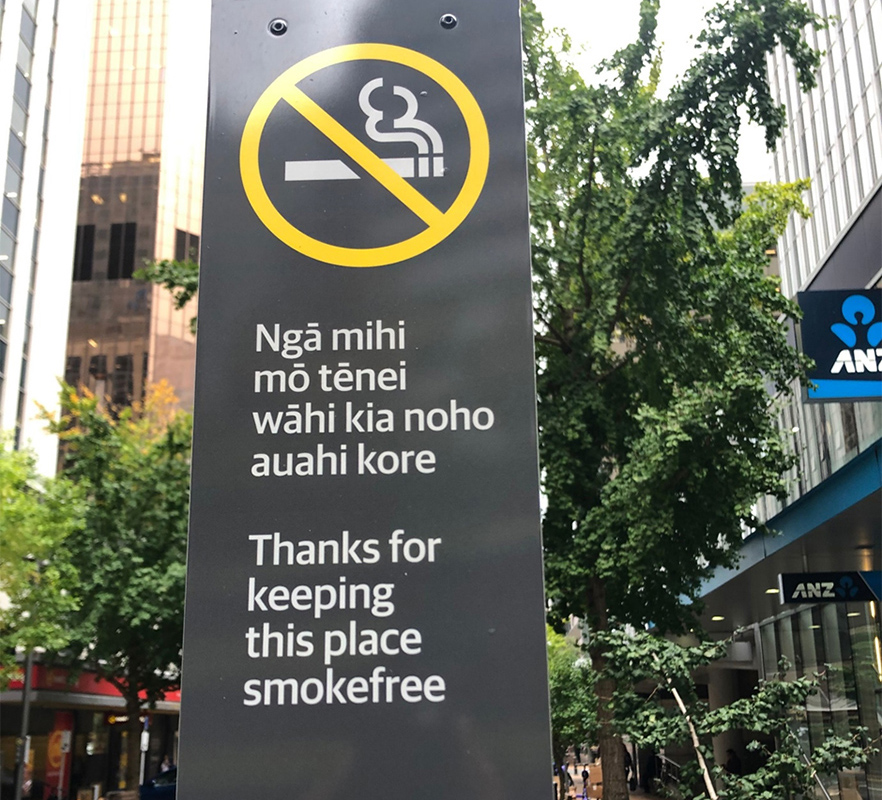 An example of a relatively large smokefree sign with a clear ‘no smoking’ symbol and prominent use of te reo Māori. 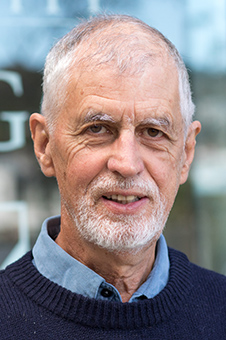 Associate Professor George Thomson, from the University of Otago, Wellington, says New Zealand is more than 10 years behind many Australian and North American jurisdictions in making pedestrian malls and plazas smokefree. This is despite New Zealand’s Smokefree 2025 goal of having less than five per cent of the population smoking by the year 2025 – in only three years’ time.

Associate Professor Thomson says experience from overseas demonstrates that people using smokefree outdoor areas are more likely to be able to quit smoking, there is less tobacco-related litter, and there are fewer people smoking.

He says that the 2003 national legislation requiring the grounds of New Zealand schools and early childhood education centres to be smokefree has worked well, and the new tobacco control law promised for next year should include a range of outdoor areas.

Exposure to second-hand smoke remains a serious problem in New Zealand and smoking outside bars makes it particularly difficult for those who have quit smoking and are trying to remain tobacco-free.

The researchers publish the results of their survey of 60 outdoor pedestrian-only spaces in 10 local government areas in this week’s New Zealand Medical Journal.

They surveyed five sites each in Hastings, Napier, Palmerston North, Masterton, South Wairarapa, Porirua, Upper Hutt and Queenstown Lakes and 10 each in Hutt City and Wellington.

Of these, 63 per cent were officially designated smokefree by local councils. However, smokefree signage was only present in 15 per cent of the total sites and in 24 per cent of the designated smokefree sites. Many of the signs were small, and were sometimes only a note on another sign. Fewer than half of the signs contained te reo Māori and none covered vaping (despite half of the 10 councils having vapefree policies for these areas).

Associate Professor Thomson says even when councils introduced smokefree policies for outdoor areas, they remained ‘educational’ because they were not backed by council bylaws or national legislation.

“More pedestrian spaces in New Zealand towns and cities need to be effectively smokefree, with a law well communicated, to help de-normalise smoking and support people who are quitting.”

“It could also be integrated with national smokefree media campaigns and give economies of scale through centralised sign production and distribution.”

“Smoking in areas like these is inconsistent with local government efforts to make their localities more attractive to workers, shoppers and tourists; to have a healthier and more productive population; and to improve the environment with reduced tobacco-related pollution and litter,” Associate Professor Thomson says.

The study is thought to be the first to survey the smokefree status of outdoor pedestrianised areas in Australasia.