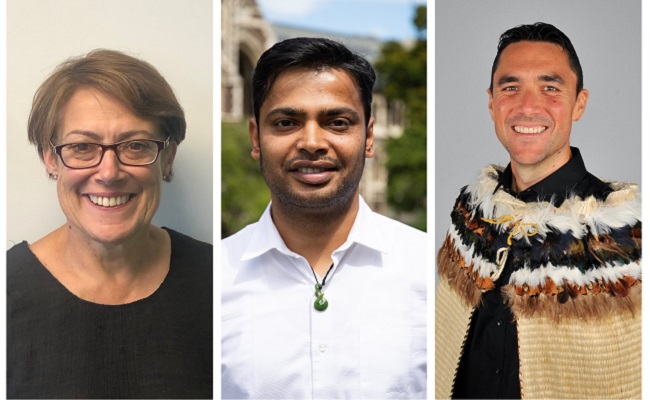 Three Otago researchers have secured significant grants for research aimed at addressing the stark inequities in cancer care and survival for Māori and Pacific peoples in Aotearoa New Zealand.

The initiative has lung cancer as its major focus with Māori four times more likely to die from lung cancer than non-Māori.

It’s the third project funded in the lung cancer screening research programme being led by Professor Crengle, of the Otago Medical School's Department of Preventive and Social Medicine, alongside a team of co-investigators and research staff from Waitemātā and Auckland DHBs. The whole team is excited about the potential for the findings to help improve outcomes.

“We know that if we can pick up lung cancer early then we can save lives and the way we can pick it up early is by conducting screening and CT scans.

“It’s been found in studies abroad that CT scans can pick up lung cancer early which reduces the mortality rate by up to 26%. It’s imperative the lung cancer screening in NZ is equitable and does not disadvantage Māori who already experience more severe lung cancer outcomes.

“With the new grant we are hoping to extend lung screening to Manukau and Northland. We’re interested in extending the ways people could learn about screening and completing risk assessments,” Professor Crengle says.

Māori epidemiologist Associate Professor Jason Gurney (Ngāpuhi) of the University of Otago, Wellington, and his team have received $800,000 to draw together new and existing information to help improve lung cancer services for Māori in New Zealand, with a view to achieving equity in lung cancer survival for Māori by 2030.

“At 300 deaths per year, about the same number of Māori die from lung cancer as die from the six next most common causes of cancer death combined. Our own recent research shows strong survival disparities across all stages of lung cancer, suggesting that access to potentially curative treatment is not equal between Māori and non-Māori regardless of the stage,” says Associate Professor Gurney.

“This project will explicitly focus on understanding the role of cancer services in perpetuating inequities in lung cancer survival and identifying those factors that might be able to be modified in the short to medium-term.”

Associate Professor Aniruddha Chatterjee and his team in the Department of Pathology, Dunedin School of Medicine, have received $1.2 million to develop an innovative, highly sensitive and cost-effective blood-based molecular test to identify lung cancers in New Zealand’s diverse population at an earlier stage.

“Although surgery and radiotherapy are effective treatments for early-stage lung cancer, 80 percent of patients are diagnosed with late-stage disease, when their tumours are no longer curative,” says Associate Professor Chatterjee.

“By developing a test that identifies the presence of tumours from plasma-dervied DNA, our team aims to improve the diagnostic performance and accuracy of the proposed low-dose computed tomography (CT) national lung cancer screening programme and improve lung cancer outcomes. Because this test would only require a peripheral blood sample, sampling could be carried out within the community by rural nurses, marae-based clinics and general practices at any time, reducing geographic and ethnic inequities.

“We want to support all New Zealanders to live longer and have the best possible quality of life, and are focused particularly on Māori, Pacific, disabled and rural communities. This is also a major priority of the health and disability sector reforms. Research such as this will help inform how clinical care will be planned and delivered to meet the needs of all people who use the health system,” he says.