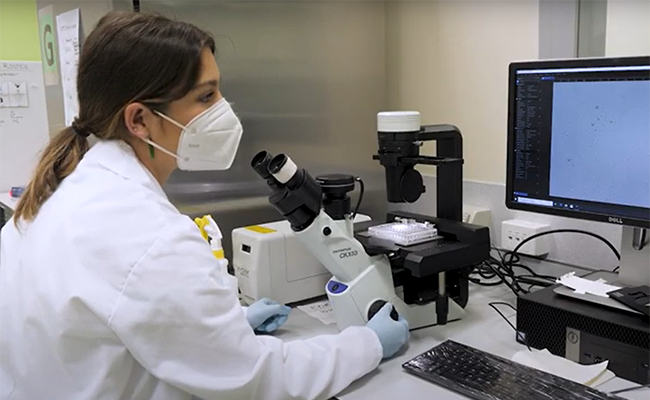 Helena was excited to win the funding and could not wait to make a start on her PhD project. Photo from Cancer Society.

An Otago PhD candidate is one of three researchers to win $160,000 at the inaugural Māori Early Career Development in Cancer Research Awards.

Helena Abolins-Thompson, of Ngāti Toa Rangatira and Ngāi Tahu decent, begins her PhD at the University of Otago Wellington campus this year.

“I was pretty ecstatic, I never could have expected that I would actually have been a recipient of the funding, it’s pretty amazing,” Helena says. 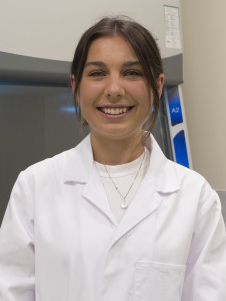 "Having had whānau impacted by cancer myself, the cause is very near and dear to my heart."

The 23-year-old’s PhD project will look at ovarian and breast cancer tumour samples from Māori women.

“They’re cancers that Māori woman in particular are disproportionately affected by. For breast cancer, Māori woman are 33% more likely to die from it than women of European descent are,” she says.

“The health disparities in those ones are particularly prominent. They’re also some of the leading cancers we get in New Zealand as well, so I guess it’s just maximising the chance to help the most people.”

She will also be examining cardiovascular disease samples from Māori women.

“Cardiovascular is New Zealand’s biggest cause of death. It’s also often a co-morbidity with cancer, the two alongside each other.”

Project first of its kind

Helena will use a modern sequencing technique that breaks each tumour sample down into individual cells. This will enable her to look at the genetic sequence of each cell.

Helena says her supervisor, Dr Kirsty Danielson, told her about this form of tumour analysis which has not been used widely in New Zealand.

“I told her that I was really interested in doing cancer research, and that I’m also from a Māori background, so that if I could incorporate that as well that would be really cool.”

Dr Danielson has a colleague, Dr Bridget Simonson, at the Broad Institute in Boston, USA. The pair had both talked about supervising a student since they themselves completed their PhDs, Helena says. 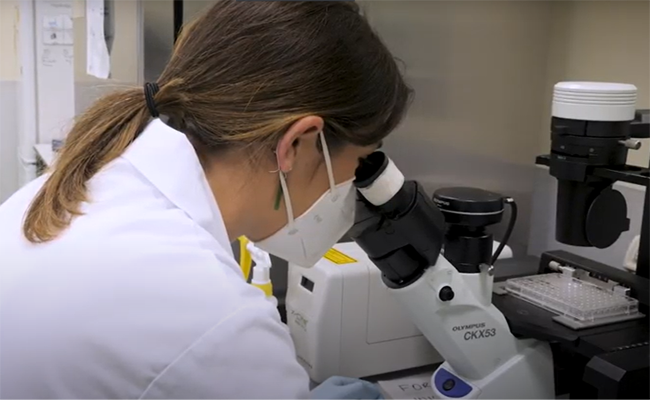 The project will utilise a modern technique, which has not been used widely in New Zealand before, to examine cancer tumours. Photo from Cancer Society.

The institute has the equipment and knowledge needed to find the type of data Helena’s looking for, and is also really invested in putting indigenous health at the forefront of research. The three women together came up with the idea for Helena’s project.

“It’s quite a new technique that’s been developed. There’s heaps of big institutes over in the USA that have done it, but nothing has been done at all in a Māori population. So it’s kind of the first of its kind using that patient cohort.”

Helena will spend the first year of her PhD on the Wellington campus before flying to spend three months in Boston with Dr Simonson. The remainder of her PhD will be done back in Wellington.

Part of the $160,000 scholarship, which will be paid out over three years, was called a Tikanga allowance.

As her PhD will involve consulting with a lot of Māori patients, that money will go towards funding hui, and also enable her to get opinions from different Iwi on the research she is doing, Helena says. She also wanted to be able to give back to the patients she was analysing.

Helena completed her undergraduate degree and Master’s in Biomedical Science at Victoria University.

Beginning her PhD at the age of 23 was a little bit intimidating, she says, but she was looking forward to it.

“If I can, I will continue with breast or ovarian, or really any type of cancer. But I’d like to stay and deal with cancer because it’s really important to me."

“The project is really, really interesting and really cool. I think it will mostly just be a lot of fun.”

When Helena finishes her PhD, she would like to continue doing cancer research.

“If I can, I will continue with breast or ovarian, or really any type of cancer. But I’d like to stay and deal with cancer because it’s really important to me.

“I have had quite a few family members that have been affected by cancer so if I can do something in that field I think that would be really rewarding.”

The three winners had not met in person but were hoping to meet virtually in the next few weeks, Helena says.

“Finding a time for all of us to meet is a bit tricky, but it’s on the cards.”