The price of keeping kids warm at night

The cost of heating a child’s bedroom through the night in a Wellington winter would run through 46 per cent of the government’s Winter Energy Payment, which is paid to qualifying beneficiaries and all superannuitants to help with heating costs, a study by researchers at the University of Otago, Wellington has found.

The researchers calculate that it would cost parents NZ$58 a month to heat one child’s bedroom based on an electricity price of 32.2 cents per kilowatt-hour (kWh). The weekly 2021 Winter Energy Payment for beneficiaries with dependent children was equivalent to a total of $127.28 for four weeks. 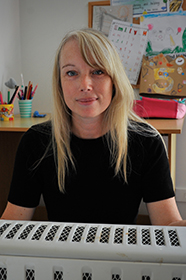 Researcher Dr Caroline Shorter says the current Winter Energy Payment, although a welcome contribution to keeping children warm and well, is insufficient to cover the cost of heating living areas and more than one child’s bedroom and should be adjusted for the number of children, and the climatic region.

“The payment needs to be increased again this winter with more people at home because of isolation rules and the increased need to ventilate homes to prevent the spread of COVID-19.

“The Winter Energy Payment and other energy subsidies should be based on real-world data on energy use and energy costs. Not providing enough money to cover the increased cost of heating a home during winter may be undermining the very effect the government is trying to achieve, namely keeping houses warm enough to reduce respiratory illness.”

The researchers placed thermostatically-controlled electric heaters in 152 children’s bedrooms over an eight-week period in autumn and winter. The heaters were set to 20°C or 21°C, with timers set to come on 30 minutes before the child’s bedtime and to switch off 30 minutes before their expected waking time. The families were reimbursed for the cost of the heating.

Details were also gathered about housing characteristics, and five factors were found to significantly increase energy use: keeping children’s bedroom doors open, mid-winter temperatures, having mould in the bedroom, the house being built before 1978 and it having two or more exterior walls.

Dr Shorter says the World Health Organization (WHO) housing and health guidelines are clear that all rooms in a house, including bedrooms, should be at a minimum temperature of 18°C, and 20°C for vulnerable populations. However, previous research has found average winter living room temperatures in New Zealand to be 16.3°C and the average winter bedroom temperature to be just 14°C.

Home heating is estimated to account for between 30 and 40 per cent of residential energy used in New Zealand.

Dr Shorter says the families in the study had different approaches to heating their children’s bedrooms outside the study period, with some heating a child’s bedroom for half an hour before bed, and others heating it for the full 24-hour period. A third of parents were heating rooms for less than five hours a night.

“It is concerning, particularly for a group on higher than average incomes than the general population, that more than two-thirds reported their homes were cold in the winter time and that 20 per cent of children’s bedrooms were so cold that parents had shivered while inside them. One third reported that they ‘put up with feeling cold’ to save on heating costs.”

Fifty-eight per cent of parents said they would be prepared to pay more than NZ$40 a month to heat their child’s bedroom if heating was found to reduce the number of colds their child experienced.

Dr Shorter says energy poverty has important health implications and is thought to be a factor in New Zealand’s high rate of excess winter mortality of about 1,600 deaths a year and excess winter hospitalisation rates of about 7,166 patients a year.

“Given what we know about respiratory viral infections in early life being a risk factor for childhood asthma, there is a reasonable rationale to extend the Winter Energy payment to all families with infants and young children in the same way that it is provided universally to superannuitants - who can choose to opt-out if they do not need the payment.”

The research paper, ‘The cost of achieving healthy temperatures in children’s bedrooms: Evidence from New Zealand’ is published in the international science journal Energy Policy.