The University of Otago contributed $1.79 billion in total value added to the New Zealand economy last year, a new report has revealed.

The University had 19,603 equivalent full-time students enrolled last year and is one of New Zealand’s largest employers with 4044 full-time equivalent staff employed in Dunedin, Christchurch, Wellington, Auckland and Invercargill. 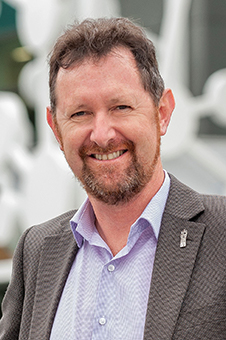 Director of Strategy, Analytics & Reporting David Thomson, says the greatest impact of the University is felt in Dunedin with 92 per cent of students enrolled and 87 per cent of all staff situated there.

“We estimate that $1.13 billion of value was injected into the Dunedin economy by the University, its staff and students in 2021. This equates to 17 per cent of Dunedin’s Gross Regional Product,” he says.

The University also accounts for an estimated 9 per cent of the city’s workforce, with a total employment impact of 5,581 full-time equivalent jobs.

“In an economic sense, the relationship between the University and wider city in which we are based is a mutually beneficial one. Practically every sector of Dunedin’s economy is positively impacted by the presence of the University, but equally there are literally hundreds of businesses and organisations within the city that play their part in meeting the needs of the University, our staff and our students,” Mr Thomson says.

“Expenditure by the University and its staff and students has a direct influence on local economic development and the wider flow-on effects are even greater with far-reaching impacts across the economy.

“While this report focuses on the economic impact of Otago, there are many other social and cultural benefits resulting from the presence of the University such as knowledge transfers, human capital, and social capital enhancement.

“It is clear the University provides a tremendous social and economic benefit to New Zealand.”

The full 2021 Economic Impact Report, compiled by the Strategy, Analytics & Reporting Office, was presented to the University Council this week.