Investing in cycleways and walking paths has boosted the use of active travel in two North Island cities, particularly by Māori and people on low incomes, researchers have found.

The researchers studied walking and cycling by people in New Plymouth and Hastings, two cities which received funding from Waka Kotahi NZ Transport Agency in 2011 through the Model Communities Programme to encourage active travel. Their research is published in the international science journal Transportation Research Part D: Transport and Environment. 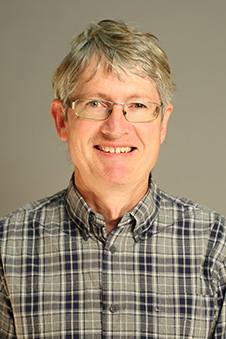 Lead researcher Professor Michael Keall, from the University of Otago, Wellington, says there was a sustained increase in active travel rates in both cities five years after the development of improved walkways and cycle lanes, compared to Whanganui and Masterton, two cities in the same regional areas which did not receive funding.

The research was based on data from two independent surveys, the ACTIVE Survey and the New Zealand Household Travel Survey, with information collected from interviews with 2,500 people about their transport choices before the cycleways and walking paths were built and on four occasions after they were in place.

The researchers found Māori increased their use of active travel modes considerably more than non-Māori, as did members of households with below median incomes. One factor may have been the lower cost of cycling and walking in comparison with car travel.

Professor Keall says Māori use of the new cycling and walking paths might also reflect high profile Māori support of the project in Hastings, and close consultation with iwi on the design of some of the infrastructure in New Plymouth, including Te Rewa Rewa Bridge, which frames a view of Mount Taranaki, a maunga with considerable cultural and spiritual significance.

Residents of both cities were more than twice as likely to use active transport to get to school or to other educational institutes after the infrastructure had been built, compared to those in Whanganui and Masterton. However, there was no change in the modes of transport used by those heading to work, to shop or to get to personal appointments.

Professor Keall says this could be because of the strong focus of the Model Communities Programme on encouraging active travel by school children, with increased attention paid to safety around schools through a reduction in speed limits, the development of new infrastructure up to the school gate, and the introduction of the free bicycle skills training programme, Bikes In Schools.

“This focus on young people is likely to pay off in future, as their active transport habits are likely to carry over into adulthood.”

Across the two cities $13.1 million was spent over the initial two years of the project, 85 per cent on infrastructure, such as improved walkways and cycle lanes, and 15 per cent on campaigns and information designed to promote and normalise cycling and walking.

Professor Keall says stronger and more sustained change will be needed if New Zealand is to increase the use of walking, cycling and public transport.

“This will need a mixture of planning to gradually shape more compact cities, investment in public transport (which was very sparse in the cities studied), as well as the development of active travel infrastructure.”

Equity and other effects of a program facilitating and promoting active travel
Transportation Research Part D: Transport and Environment