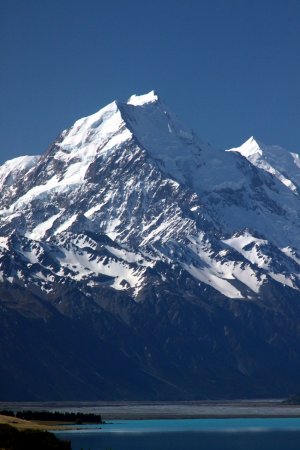 History of the surveying of Aoraki/Mt Cook

Aoraki/Mt Cook is the highest peak in New Zealand. The mountain is sacred To Ngāi Tahu, as it is the manifestation of their sacred ancestor Aoraki.

In 1851, the summit was observed by Cpt. John Lort Stokes from HMS Acheron and it was estimated to reach 4023 m.

In 1881 Surveyor G. J. Roberts made 22 observations from stations on the West coast averaging only 16 miles from the summit and re-calculated the height as 3764m. This last value was confirmed by observations from the East side by T. N. Brodrick in 1889, and was regarded as the official height until December 1991.

On 14th December 1991 a massive rock avalanche occurred from the East Face of Mount Cook. Department of Survey & Land Information (now LINZ) reassessed the height of the summit by using photogrammetry on the basis of aerial stereo photos captured shortly after the event and tied them to the triangulation of the 1986 aerial survey of the region. A new official height of 3754 m was estimated and new topographic contours were derived for the affected area.

Over the last two decades, the shape of the summit ridge has continued to erode, thus making the last official estimate obsolete. This project aimed at re-measuring the height of the highest point of New Zealand using the three main surveying techniques, namely photogrammetry, global navigation satellite system (GNSS), and triangulation.

Find out more about the Aoraki/Mt Cook landslide (teara.govt.nz)

Towards assessing the volume of ice lost by Tasman Glacier between 1986 and 2008, MSc student Sebastian Vivero, supervised by Dr Pascal Sirguey and Prof Sean Fitzsimons, collected GPS coordinates from all huts in the area with support from GNS Science (Vivero et al., 2012; Vivero, 2013). These ground control points (GCPs) permitted the set of vertical photos to be triangulated and a photogrammetric model of the area to be generated.

The 3D model was assessed to have sub-meter accuracy and exhibited a height at the summit of only 3724 m. This was the trigger for the project. Despite the confidence we had in the photogrammetric model, a control point closer to the summit of Aoraki/Mt Cook was required to confirm its validity and in turn the current height of the top of New Zealand. 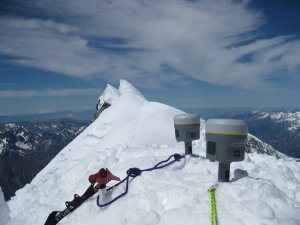 On November 23rd, 2013, two teams of two climbers reached the top of the ice cap, about 45m to the north of the true summit and 5m below it. Each team carried one of the state-of-the art Trimble R10 receivers recently acquired by the School of Surveying.

Jim Anderson (Survey Waitaki), a recent BSurv graduate, and Assoc Prof Nicolas Cullen were responsible for taking the GPS measurements, with the pair being guided up and down the mountain by Geoff Wayatt and Brian Weedon of Mountain Recreation Limited.

In order to observe Aoraki’s tapu status, and as agreed with Ngāi Tahu and the three Papatipu Rūnanga who have a shared mana whenua interest in Aoraki, the climbers did not step on the summit. Instead, they took measurements while at the top of the ice cap to validate the 3D photogrammetric model as close as possible from the true summit. An additional GPS point was measured at the top of the Summit Rocks for further validation.

The GPS measurements were post processed to centimetric accuracy using reference signals from nearby stations belonging to the deformation monitoring network (cGPS). The point at the top of the ice cap indicated a height of 3719 m that turned out to be within less than a meter from that indicated by the 3D model. This ultimately confirmed the validity of the model and the current height of the summit being 3724 m. 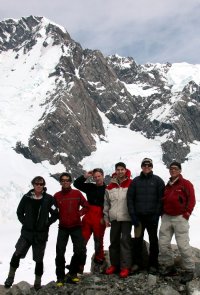 GNS Science and the Federated Mountain Clubs of NZ (FMC) provided financial support for the climb, while our other sponsor Southern Approach Ltd kindly provided each team with a GoPro camera to document the attempt. GNS Science outreach educator Julian Thomson also joined the team to Plateau Hut to gather a visual record of the expedition. Check out below the video clip put together by Julian. 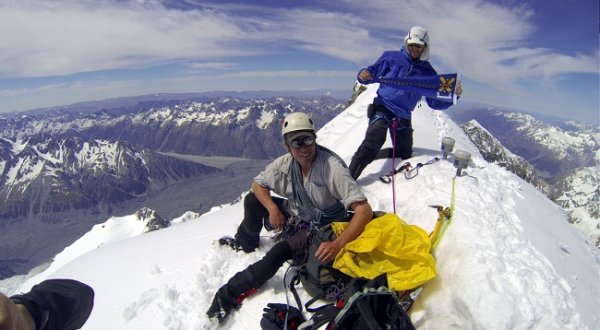 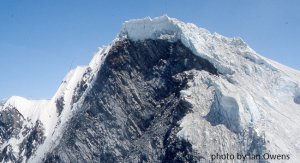 The discrepancy between the old height (estimated from aerial photography immediately following a massive rock-ice collapse on 14 December 1991) and the new height can be explained by a two-decades-long reshaping process affecting the remnant of the originally thick ice cap.

Photos on the right by Trevor Chinn and Ian Owens just after the landslide show that there was still a relatively thick ice cap, which was most likely out of balance with the new shape of the summit ridge. 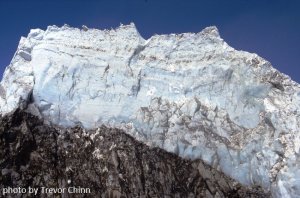 This remnant of the former ice cap has now thinned, thus explaining the observed reduction in height. This illustrates how the morphology of ice caps on high mountains can undergo a relatively rapid adjustment to a modification of the underlying rock. 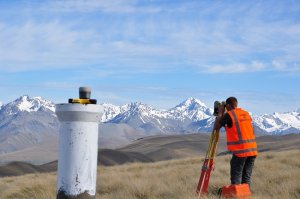 Supervised by Pascal Sirguey and Jim Bazsika, with support from Alastair Neaves, Mike Denham, and David Goodwin, Tyler used a Wild T3000 precision theodolite from the National School of Surveying, to gather trigonometric observations from several locations with a line of sight of the summit.

Tyler’s measurements reproduced some of the complexities that the early surveyors encountered when estimating the height of such prominent peaks. Nonetheless, this traditional surveying approach also took advantage of new technologies such as Geographical Information Sciences (GIS) and geo-visualisation to facilitate the identification of appropriate viewing points.

As well as being a valuable teaching opportunity, Tyler's project also helps place our latest findings within New Zealand’s rich history of surveying and acknowledges the legacy of early surveys, surveyors, and survey techniques.

We are extremely grateful to several organisations which provided financial, scientific, and/or moral support to this project, namely:

For more information about the AORAKI2013 project, please contact:

The resurvey of the height of Aoraki/Mt Cook by the National School of Surveying, University of Otago.

The resurvey of the height of Aoraki/Mt Cook by the National School of Surveying, University of Otago.