Intense rain episodes on the West Coast this month generated several large landslides and many significant rockfalls in the Aoraki/Mt Cook National Park.

Thanks to the Pléiades Glacier Observatory (PGO), we've been lucky to obtain a new stereo acquisition as the weather cleared up on 8 February 2022 that captured numerous large landslides and rockfalls. 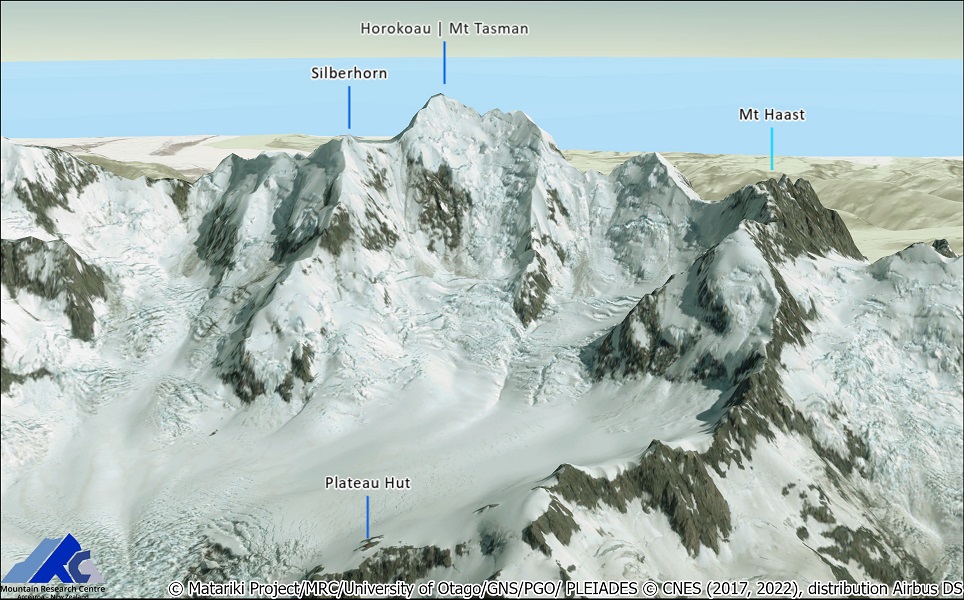 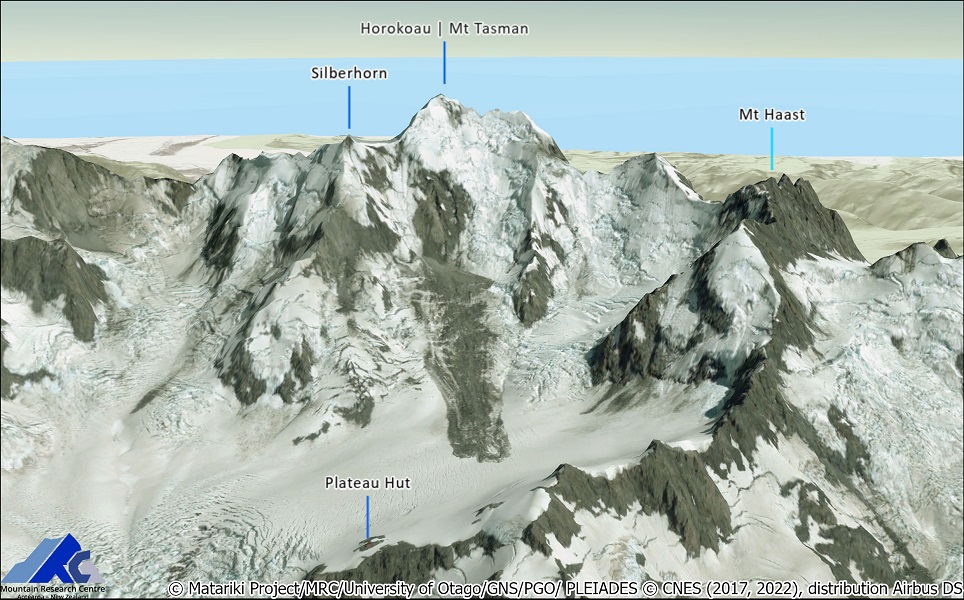 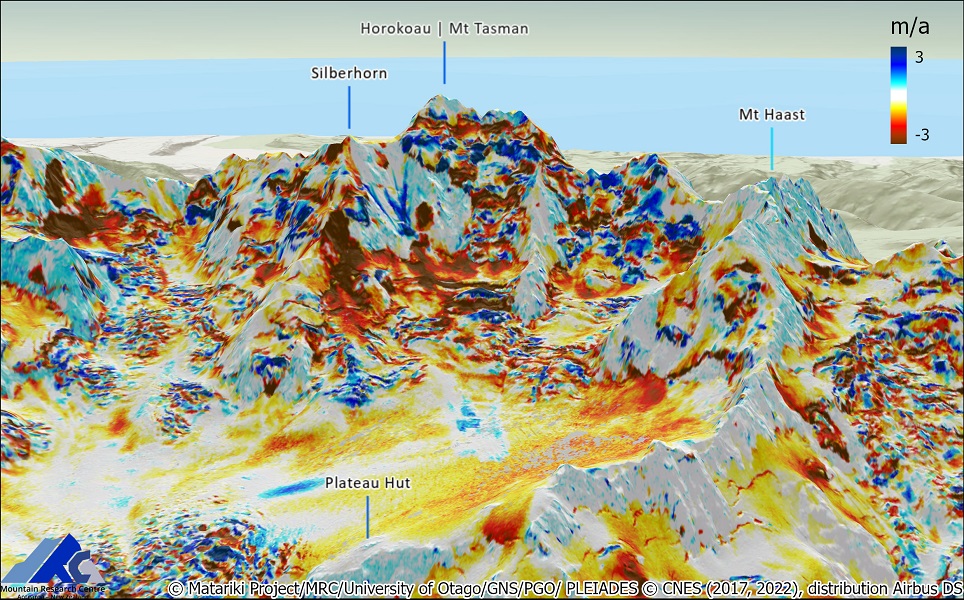 This was the first real-life test for the Matariki project, launched in 2019, which aims to transform environmental monitoring by using repeated high-resolution, automated, satellite mapping of landscape change.

As our automatic processing pipeline was now deployed on New Zealand supercomputing facility (NeSI), we succeeded in providing an up-to-date topography and a current look of the dramatic alpine landscape Within 24 hours to help DoC assess the extent of hazards and potential risks to park visitors.

The work not only reveals the extent of the landslides, one of which is 704,000 cubic metres, with a runout distance of over a kilometre, but quantifies the unabated demise of glaciers, a high number of previously unknown landslides, and sometimes staggering changes to this iconic landscape.