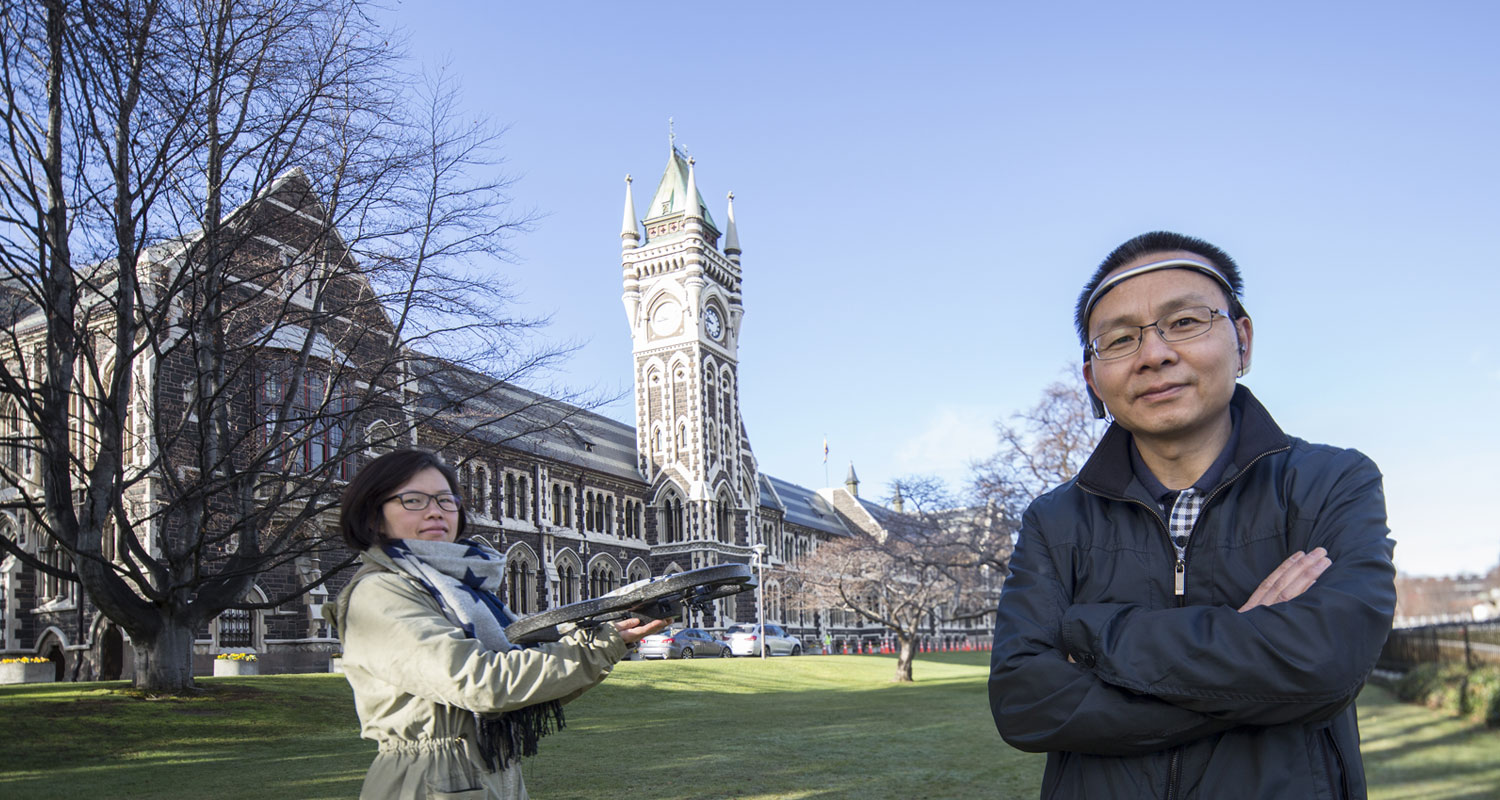 A drone rises from the ground, hovers then sinks slowly to the ground controlled only by the brain waves of a person sitting on a nearby bench.

The stuff of science fiction? Not any more, as a result of Brain Computer Interface technology being developed by Associate Professor Zhiyi Huang and a team of fellow Computer Science and Psychology researchers. The researchers have a number of outcomes “in mind”.

“We have external funding from a few Chinese companies who initially wanted video game controllers using EEG [electroencephalographic] technology, reading brainwaves and translating those into commands then sent to the game via Bluetooth,” Huang explains.

“This work has a number of medical applications also – for people who have limited mobility or those suffering from mood disorders.”

While standard diagnostic EEG readers extend over the whole head and read 32 channels, the Otago researchers (together with the Chinese companies) have developed a narrow band that fits around the forehead and reads only one channel. The headband records the EEG readings with a built-in amplifier that sends the signals to a small computer via Bluetooth technology, which then processes the brainwave patterns and translates them into instructions sent via WiFi to the drone or video game.

Huang says the Brain Computer Interface can also be used to control a mouse, allowing people with limited hand or arm movement to use their computers more easily. “In the near future we will also be looking at the technology’s potential to identify mounting levels of anxiety or depression in people with mood disorders and to activate remedial outputs.”