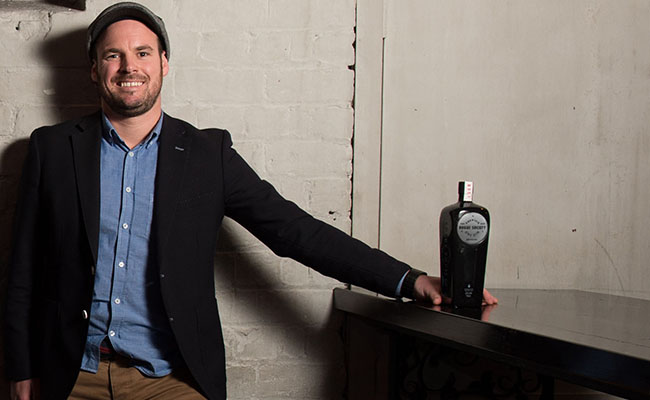 Regular chats with his brother-in-law Daniel McLachlin at family gatherings led Otago alumnus Mark Neal to take a punt and set up a gin distillery with Daniel in Canterbury.

The third generation of a family steeped in the hospitality industry, he had “grown up” in pubs, and was working in sales and marketing for New Zealand’s largest liquor beverage company Lion Nathan when they decided to form the business partnership.

“There was no one producing super premium craft spirits in New Zealand, so that was the drive behind us developing a spirt business that we could take to the world.”

They chose to name their fledgling company ‘Scapegrace’, which refers back to the olden day rogue and free-spirited vagabond. “We’re an independent country and free-spirted and we wanted a name that tied into that,” Mark says.

Scapegrace won the best London Dry Gin in the world in London in 2018, beating more than 400 gins from 90 countries.

“To win that in London, the home of gin, was pretty crazy, no other New Zealand company has come close to that accolade,” Mark says.

The business has been going for eight years and now operates in 38 markets internationally and is growing strongly year-on-year.

As well as premium gins, Scapegrace offer vodka and is researching single malt whisky and other categories as well.

The Scapegrace distillery is based in Canterbury and Scapegrace has wider plans for expansion as it grows its business Internationally. It has 12 staff, including one in the UK and another in the USA, and the head office is based in Auckland.

Mark grew up in Nelson and went to Nelson College. His family has been in the hospitality business since his grandfather started running a pub there in the 1970s.

“I grew up living in pubs back in the day, and I took a year off to work in a pub before heading to study at Otago.”

After meeting his future wife Melissa Brown (BA Psychology, 2005) during this gap year, he encouraged her to change her planned move to Christchurch and follow him down to Otago to study.

“At Otago the community thrives off the culture of the University. I’ve talked to people who studied in Auckland and other cities and you get a sense, they have really missed out on the magic of Otago University.” 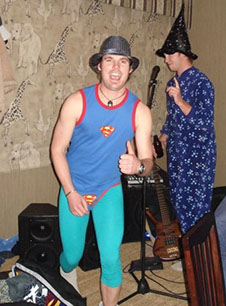 Mark in a band performing at "The Palace" in Ellis St, Dunedin

Mark was in Cumberland College for his first year and then went flatting for four years.

He played five years of Premier grade rugby for the Southern rugby club, alongside Otago greats Carl Hayman, Tom Willis and Romi Ropati. “We had guys that you grew up at school watching, so to play in the same team was just awesome,” Mark says.

The combination of studying physical education (BPhEd, 2006) and business (BCom Marketing, 2007) was another key selling point for studying at Otago.

“The five years I spent down there are arguably the best five years of my life, it’s just amazing. I loved it.” Mark has especially fond memories of his time at the Physical Education School and says Marguerita Lázár was a standout during his time there.

Mark plans to continue to grow Scapegrace for many years ahead. He and Melissa have three boys: Otis (6); Archie (5); Max (3) and a daughter Frankie (11 months), which keeps them busy and “the plan is one day to have them working on the bottling line”.

They still have many mutual friends, from their university days, many of whom are also starting families, and both loved their time at Otago. 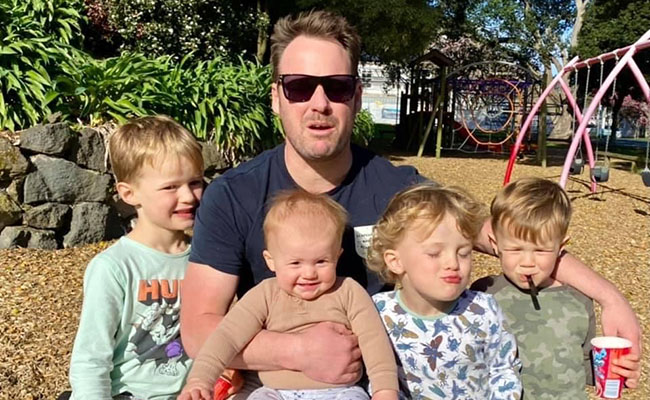 Mark at an Auckland playground with his children from left Otis, Frankie, Max and Archie

“I will definitely be sending my kids down to Otago to study,” Mark concludes.