The policy is part of an amendment to smokefree legislation that would end the sale of tobacco to anyone born after 2008, thus preventing tobacco companies from recruiting young people as the next generation of smokers. 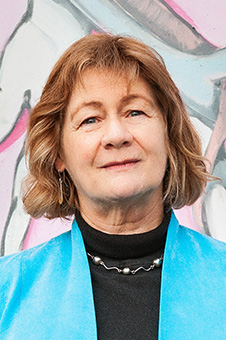 Professor Janet Hoek, from the Department of Public Health at the University’s Wellington campus, says most of the young people interviewed about the policy placed a higher priority on measures that would keep future generations free from becoming addicted to cigarettes than on their ‘right’ to purchase tobacco.

“Several had seen addiction within their whānau and knew the health inequities smoking caused. Some had struggled with addiction personally and believed the policy would protect young people’s rights to healthy futures.”

The researchers undertook in-depth interviews with 20 young people aged 17 or 18, asking about their knowledge of the smokefree generation policy and what they thought the implications individually and for society would be.

Professor Hoek says most participants, particularly those who identified as Māori, supported the need for government intervention for the good of their communities.

Some were positive about the opportunity for generational change, with one saying: “(The policy) would change the world in a few years. If you stop … the young (from smoking), the next generation will stop.”

One participant thought it was the Government’s duty to keep people safe from harm, noting: “The Government essentially is supposed to keep you safe and they’re not supposed to … make things readily available that are (going to) actively harm you.”

Professor Hoek says only a small minority of those interviewed consistently and strongly opposed the smokefree generation policy.

“These participants thought people had access to information about the risks of smoking and resented the Government making a choice for them.”

Professor Hoek says the study shows there are few grounds to support the contention by tobacco companies that young people will find the smokefree generation policy unacceptable or a restriction on personal freedom.

“The young people we interviewed took a sophisticated approach to weighing up an alleged loss of individual freedom against the collective social gain that would result.”

She says the study shows the importance of involving young people in discussions about the design, implementation and communication of the smokefree generation policy.

“This policy will promote freedom from lifelong addiction and the terrible harms smoking causes and safeguard the wellbeing of future generations. Having young people involved in implementing and communicating the policy will help clarify its benefits and could elicit even stronger support from the group it aims to protect.”