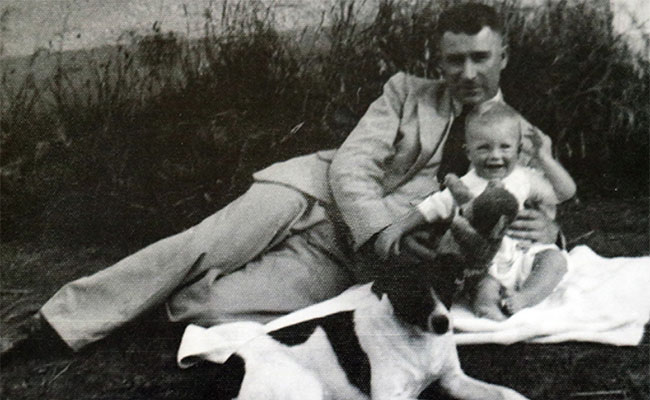 The legacy of an Otago doctor who worked tirelessly for the communities of the North Island’s East Coast lives on in a generation of young doctors in training.

Since 2009, a generous scholarship established in the memory of Dr Edward Grant has provided a full, four-year scholarship to Otago Medical School for students from the East Cape.

Administered by the Otago Foundation Trust, the scholarship has been awarded to seven recipients with preference given to applicants who are Māori.

“Beyond financial support, the historical connection between this scholarship and the health of Māori people (particularly of whānau from the East Cape where I am from) re-emphasises the reasons I chose to attend medical school, which definitely helps drive me during times of stress or doubt,” says Netana Barsdell, a fourthth year medical student at University of Otago, Wellington.

Dr Grant wanted to commemorate the work of his father Edward who grew up in Otago but spent much of his career working with communities further north.

Commonly known as Ted, Dr Grant was was born near Outram, West Taieri in 1900. After attending Otago Medical School, he completed his training and degrees in London in 1926.

He returned to New Zealand and worked on the South Island’s West Coast for six years, before being appointed medical superintendent at Te Puia Springs Hospital, with medical responsibilities between Tolaga and Tokomaru Bays up to the East Cape.

Te Puia was an isolated rural community and Dr Grant covered vast distances – sometimes on horseback – over a 12-year period when he was almost continuously on-call.

His son Peter recalled helping his father deliver a baby on the family’s kitchen table.

After establishing the scholarship in his father’s memory, Dr Peter Grant and his wife Ruth have travelled back to the University of Otago most years. While in Dunedin they have met scholarship recipients and attended commemorative events for the medical scholarship and a Scottish piping and drumming scholarship established in memory of their ancestor David A Grant.

Director of Development and Alumni Relations Office Shelagh Murray says the generosity of the Grants will have a wide-reaching impact on both students and their communities.
“It is a fitting tribute to the work of Dr Edward Grant that a new generation of young doctors is emerging from the region he dedicated his life to helping.”

Medical students share how the scholarship has supported them 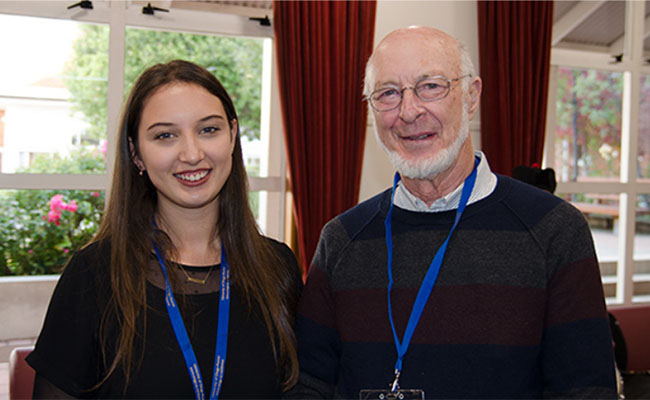 I am in my fifth year of medicine and currently doing the Rural Medicine Immersion Programme (RMIP) in the Wairarapa.

I felt incredibly blessed to receive the Dr E C Grant and Mrs H M Grant Memorial Medical Scholarship. I believed it was an acknowledgement of the many challenges I had overcome to enter Medicine, and a strong belief in my future success. The scholarship allowed me to continue in medicine without financial stress and enabled me to financially support my younger siblings in their endeavours.

This grant has assisted me massively during my time at medical school. The financial support it offers means I can focus on my studies better, as I don’t have to worry as much about living expenses. Being more financially stable is also very meaningful for my partner and I who have 13-month-old daughter together.

Beyond financial support, the historical connection between this scholarship and the health of Māori people (particularly of whānau from the East Cape where I am from) re-emphasises the reasons I chose to attend medical school, which definitely helps drive me during times of stress or doubt.

Currently, I am a second-year medical student at the Otago Medical School in Dunedin. Being a recipient of the Dr E C Grant and Mrs H M Grant Memorial Medical Scholarship has insurmountable meaning to me. The generosity of the scholarship has helped alleviate the financial burden for both me and my whānau, and enabled many opportunities for my education and future as a medical professional. The scholarship will allow me to continue my focus on learning and pursuing my ambitions to improve individual and collective health outcomes for our whānau and communities residing on the East Coast.

Receiving a scholarship of this magnitude has meant I can let go of one source of stress in my life, which is the heavy financial burden of doing medicine. So now I can put all my focus and effort into my mahi.
Also, receiving this scholarship has been a constant source of motivation to push through tough times in my course and my life in general, as it constantly reminds me of the purpose of my journey. It reminds me my journey through this course is not for my benefit alone, but to hopefully one day give back to Māori and the rest of Aotearoa.

I would like to express my heartfelt thanks to the Grant whānau for the significant contribution and impact the scholarships has had on my studies. Their support has allowed me to progress through my medical school journey and allowed me to attend many opportunities that wouldn’t have otherwise been possible. No words will ever express the gratitude I feel; the legacy of Dr E C Grant is a constant source of motivation to strive for excellence and positive change for our people.