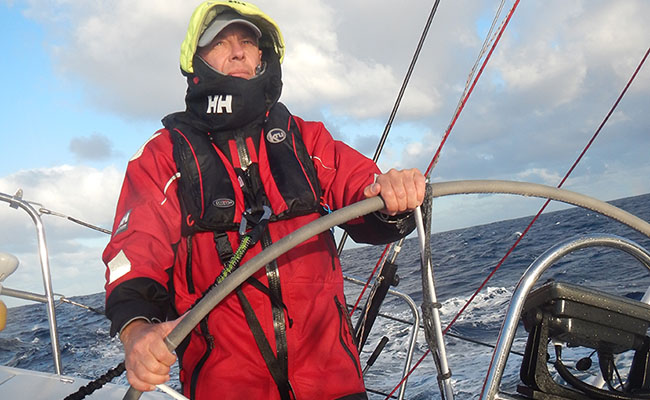 David at the helm during a race

Sailing since he was four, University of Otago alumnus Associate Professor David Austin is about to be honoured by Yachting New Zealand for many years of service to the sport he loves.

Despite being based in Rockhampton in Queensland for the past 16 years, he is Medical Director for Yachting New Zealand and has been working in this role for the last seven years.

On Friday 12 November David receives the Yachting New Zealand Excellence Award. Sadly, due to the COVID-19 pandemic he cannot attend in person, but a close friend will collect the award on his behalf and he will be watching on Zoom.

His award includes recognition for many years of service, which includes his major project to revise the medical kits that all NZ yachts must carry – from day sailing to long distance racing.

“It’s a modular system that ranges from a harbour race to a 10-day race and is progressively added onto depending upon how long the race will run.”

When he’s not working as Director of Intensive Care Services at the Central Queensland Health Service, he’s often running training courses on medical best practice while at sea or competing in an ocean race.

He has sailed more than 40,000 nautical miles, including on maxi Enterprise, 14 Auckland to Fiji or Nouméa yacht races, four Sydney to Hobart races, two “Two Man Round the North Island races” and numerous other ocean regattas in NZ, Australia and Europe.

“Having someone who’s medically trained and also a reasonable sailor is a good asset to have on a boat, especially for long distance races, so I have managed to combine my career with my passion for sailing.” 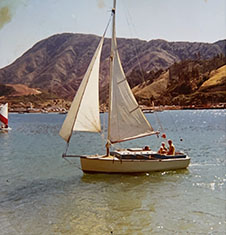 Turn the clock back to the mid-1960s and David began his yachting career when his father, fellow Otago Medical School graduate Dr Lance Austin (MBChB, 1951 and DibObst, 1962), decided to take up sailing and got his three sons involved.

Sailing in Lyttleton, the Austin family spent many days out on their boats – Isa Lei and Pandora.

After finishing his studies at Christchurch Boys’ High School, David decided to follow his father into medicine. In 1979 he completed his Medical School intermediate year at the University of Canterbury and in 1980 he moved to Dunedin and had a year at Selwyn College, which was then a solely male institution.

“They were a great bunch of blokes and we certainly had some fun.” 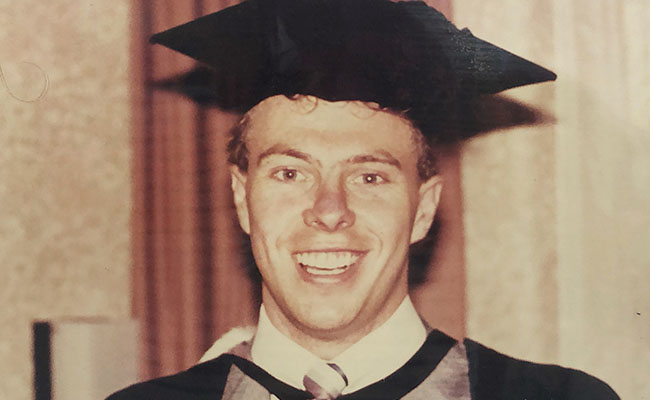 After two years flatting in North Dunedin, David returned to Christchurch to complete his studies.

In terms of Otago Medical School, for David the highlight was his classmates. “We had an exceptionally talented class, with a large number having received a scholarship. Despite being bright they were great people too.”

The Medical School intake was cut the year that he gained entry, as the Ministry of Health at the time predicted that there would be a surplus of doctors in New Zealand from 1984. So, the intake was cut to only 180 candidates for that year.

On entry, the dean told the class he expected great things from them. “And we did achieve great things. Including All Black captain and Rhodes Scholar David Kirk, five of the class went on to represent New Zealand in various ways.” This included David himself in yachting. 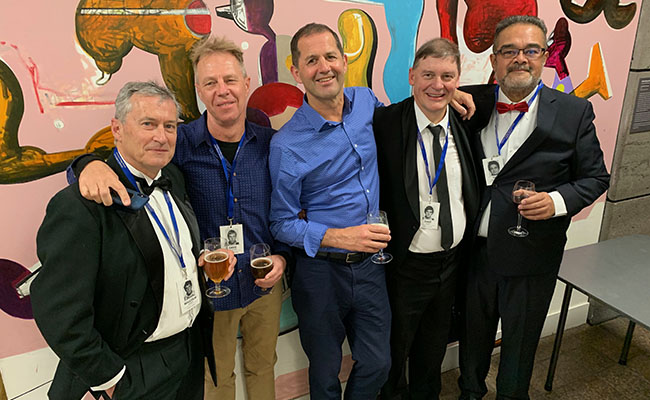 “I still have four of my best friends (Peretiso Falatoese, David Kerr, Malcolm Ward and Peter Watson) from that group now, who pre-COVID-19 days would meet up about once a year for a catch up, which might last a few days.” 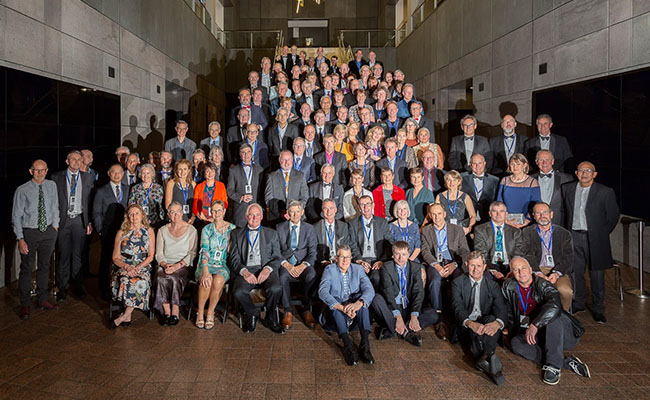 The Class of ’84 had 110 alumni attend their thirty-fifth anniversary event in Christchurch in 2019, which David says was absolutely brilliant. “It was so good to catch up with a great group of people.”

After finishing at Otago, he did part of his training in Adelaide and is now qualified as a specialist in Anaesthetics and Intensive Care.

He worked for 10 years in the intensive care unit at Whangarei Hospital, where he was appointed Director. After 10 years he took a year’s leave without pay.

“I decided to have a break and came to Australia and have been here ever since.”

Along with being Director of Intensive Care Services for Central Queensland he is an Associate Professor at the University of Queensland and just finished as Chair of the First Part Intensive Care Unit exam for Australasia.

He’s one of the few Kiwis who can lay claim to being nominated for Australian of the Year, which was again for his work in intensive care and in yachting. 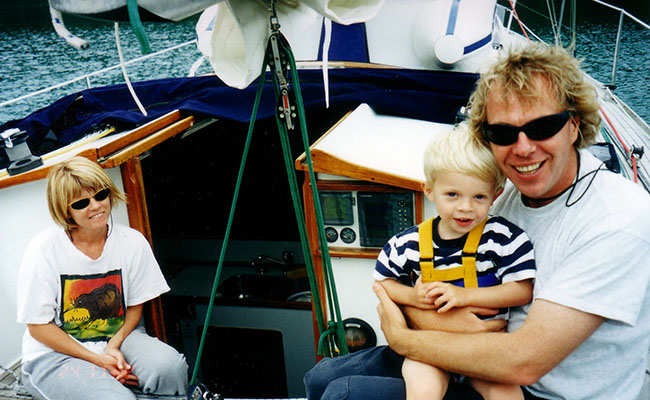 Claire, Zack and David on yacht Entropy in 2002

His wife, Claire, is a nurse working in charge of the recovery unit in Rockhampton and their son Zack is a fourth-year medical student at James Cook University in Townsville.

David still owns a home in the Bay of Islands and he and Claire plan to return to New Zealand in a few years’ time, for semi-retirement and more time for sailing, once Zack has established his medical career – the third generation of Austin medical professionals.