A passion for music, law and international travel 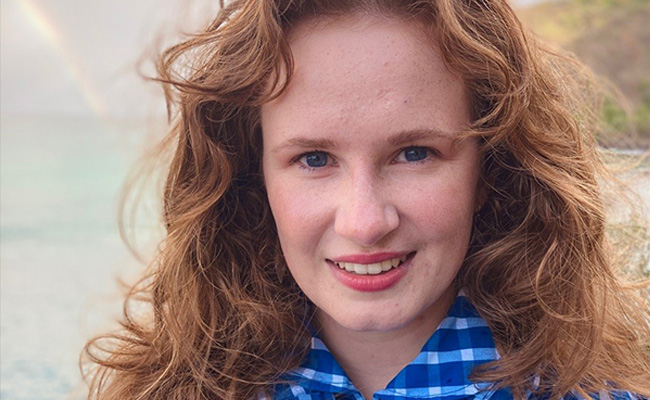 With the help of an international travel scholarship, Otago alumna Ihlara McIndoe is soon heading to McGill University in Montreal to pursue her master’s in music.

Established in 1979 by a bequest from the late Ida G. White, the $15,000 scholarship is awarded to a candidate who has shown exceptional ability or promise in singing or a stringed instrument, who is pursuing the study of music outside New Zealand.

Local music teacher and respected musician Ida White formed the Society of Women Musicians of Otago in Dunedin in 1925 to encourage music by and for women. Her father David Renfrew White was Principal of the Dunedin Teacher’s College from 1895 to 1903, appointed the University’s first lecturer in Education in 1904 and was its first Professor of Education from 1909-12.

“It’s pretty phenomenal really, I am very appreciative of the support from the Music department. I am grateful for my time learning in the School of Performing Arts and for the relationships I've built at Otago,” says Ihlara who graduated from Otago with a MusB, BA (Hons) and an LLB.

Ihlara comes from a strong musical family and has developed her passion for teaching, performing and composing music.

“I grew up going to my dad’s brass band concerts, learning piano and getting into the school orchestra and choir and just naturally wanted to keep going with music at university.”

Her first name is of Turkish origin (it is the name of a town in central Turkey), as her parents spent some time living in the Middle East and Turkey was a favourite place to visit. Inspired by her parents' adventures, Ihlara has always wanted to experience living and learning overseas and has a passion for travel.

While her parents moved from Dunedin to Brisbane in 2020 and she has been based in Wellington for the past 18 months, where she works as a solicitor at Russell McVeagh, she says “Dunedin will always be home”.

Ihlara attended St Hilda’s Collegiate School in Dunedin where she was Head Girl in 2015. She has been the National Youth Orchestra Composer in Residence, worked as a piano teacher and spent four years as a student ambassador for the New Zealand Symphony Orchestra. In addition, she volunteered for two years as Marketing Manager of the New Zealand Women’s Law Journal. 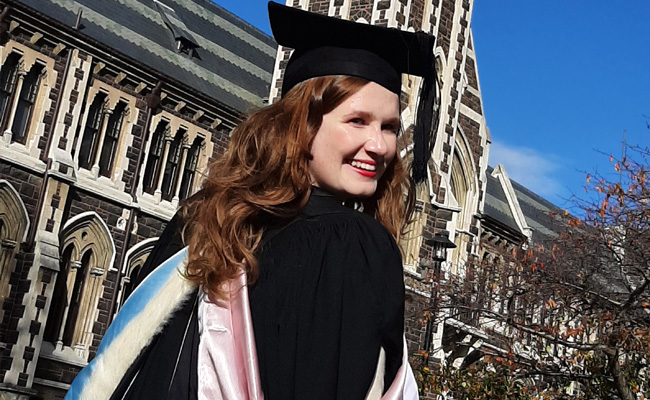 Ihlara McIndoe at her graduation

Ihlara is very interested in public law – the roles and responsibilities of public organisations. This has helped shape her master’s research project in which she will examine statutorily created arts organisations. She will carry out a comparative analysis of arts organisations in Canada with New Zealand, hoping to highlight valuable opportunities for shared learning for both unique national contexts.

She says there is a gender and music programme at McGill University, which is very exciting as well, having also completed a Bachelor of Arts in Gender Studies with first class honours at Otago, alongside her law and music degrees.

“I found that the application process at McGill was really welcoming. My supervisor there is enthusiastic and supported me throughout the application process. I had a choice between a couple of other institutions, but McGill felt like a really good fit.”
She starts her two-year Master of Arts in Musicology in early August, but is heading over to Canada in July, to undertake a short residency in Banff, working with a string quartet which will perform one of her new works.

Ihara developed a real interest in composing and says, “I was fortunate to learn from (Professor) Anthony Ritchie and (Professor) Peter Adams at Otago, whose support has taken me right through my studies. I really enjoy challenging myself in that area and working with performers to come up with new projects and I'm looking forward to continuing to work with New Zealand and Canadian ensembles.” 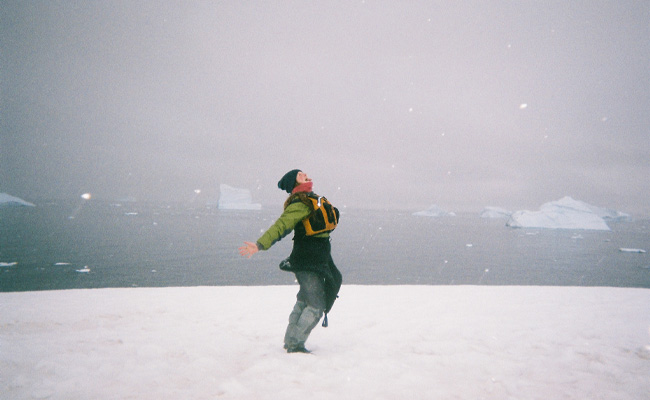 In 2020, just before the global pandemic began, she went to the Antarctic Peninsula with the Antarctic Heritage Trust, which sends young people from diverse backgrounds to the icebound area to bring back the spirit of exploration to share with their local communities.

Over the past two years she created a series of five different musical compositions from her experience in Antarctica, for various-sized ensembles and recently the Antarctic Heritage Trust put on a full concert of the five works, which was streamed live online.

In addition to the Ida G. White Scholarship Ihara received a William Georgetti scholarship worth $60,000 over two years of study, and a course fees scholarship from McGill University. 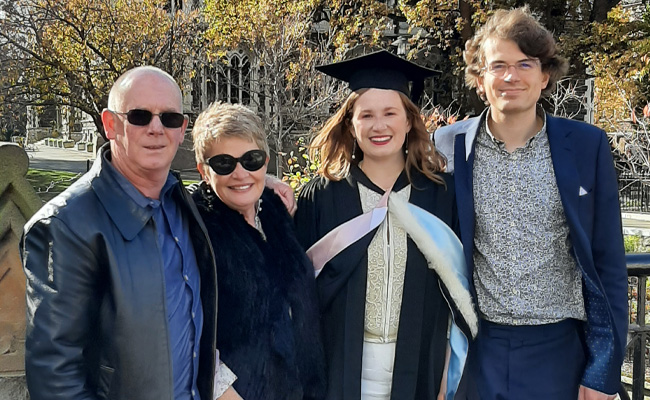 (In order from left) Gary, Brenda and Ihlara McIndoe and Nathaniel Otley

Ihlara is the first from her family to go to university, but her partner, Otago music alumnus Nathaniel Otley, received the Ida G. White and Georgetti scholarships himself last year.

“I am thrilled and grateful to have received funding from both these sources. I am so looking forward to my time in Canada and thankful for the support from my former professors at Otago,” Ihlara says.