Spreading the joy of Christmas 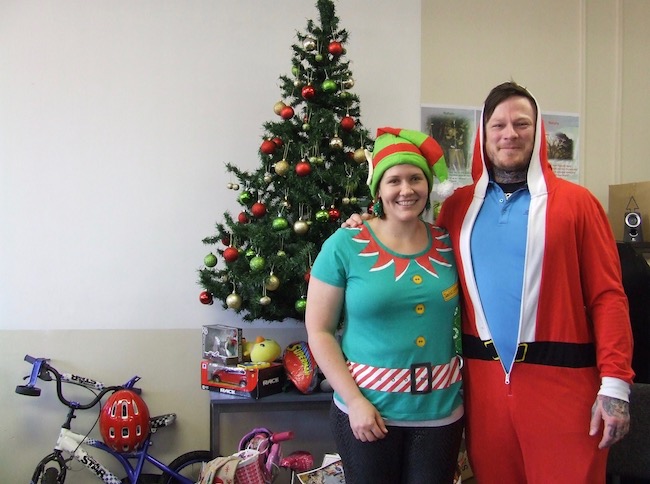 The spirit of Christmas is alive and well in the Department of Anatomy this season. Staff and postgraduate students have donated a fabulous selection of toys and wrapping paper to the Santa’s Little Helper fundraiser, run by Santa’s very-own little helper, Shane Waldron.

Over $340 was also raised at a special morning tea in the Department which will go towards the purchase of more toys.

Shane has been running the fundraiser in Dunedin for the past couple of years. In the days leading up to Christmas he will be spreading happiness and joy wherever he goes as he and his little helpers distribute the toys to deserving local families who are struggling to afford Christmas this year.

Shane appeared on TVNZ in 2015 talking about the Santa’s Little Helper appeal.

Above photo: Shane Waldron, aka Santa's little helper, stands with Santa's little elf Dr Natasha Flack, in front of gifts donated by staff and postgrads of the Department of Anatomy. 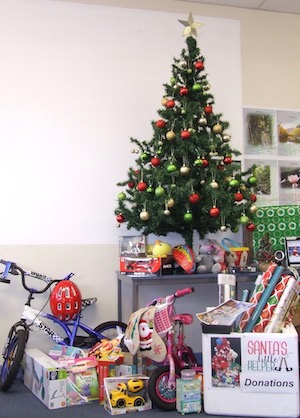