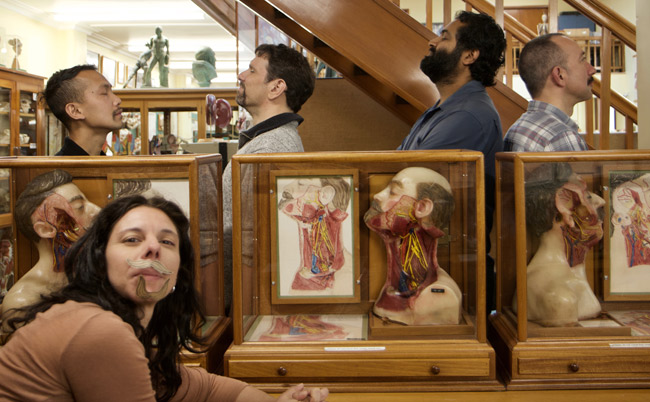 The death from cancer of a fellow student was a big motivation behind the group Monatomy which has been raising money to improve men’s health.

The group was set up in Otago’s Department of Anatomy in 2011. Since then various students and staff in the department have taken part in the international Movember fundraiser most years, raising an estimated $10,000 along the way.

Founder, Assistant Research Fellow, Zin Khant Aung (who has himself raised about $3,000), says his friend was in his early 20’s when he died.

"A lot of guys don’t talk about their health, especially any mental health issues, and this is just one way of trying to address that."

“We had studied together when we were both doing a postgraduate diploma in the department,” he says. “He had early symptoms of his illness when he came back to Dunedin for his graduation and he passed away a couple of years later.”

While his friend’s death partly prompted the formation of the group, so too did the department’s link with cancer research and a general desire to to raise funds and awareness for “all the dads, brothers, sons and mates in our lives”.

“A lot of guys don’t talk about their health, especially any mental health issues, and this is just one way of trying to address that.”

Mr Khant Aung says most of the group intended to remove their facial hair at the end of the month and they (and their partners) were looking forward to a “shave off”.

Movember is an annual event involving the growing of moustaches during the month of November. Led by the Movember Foundation, the event is run to raise awareness of, and funds to support, men’s health issues – such as prostate cancer, testicular cancer and men's suicide.