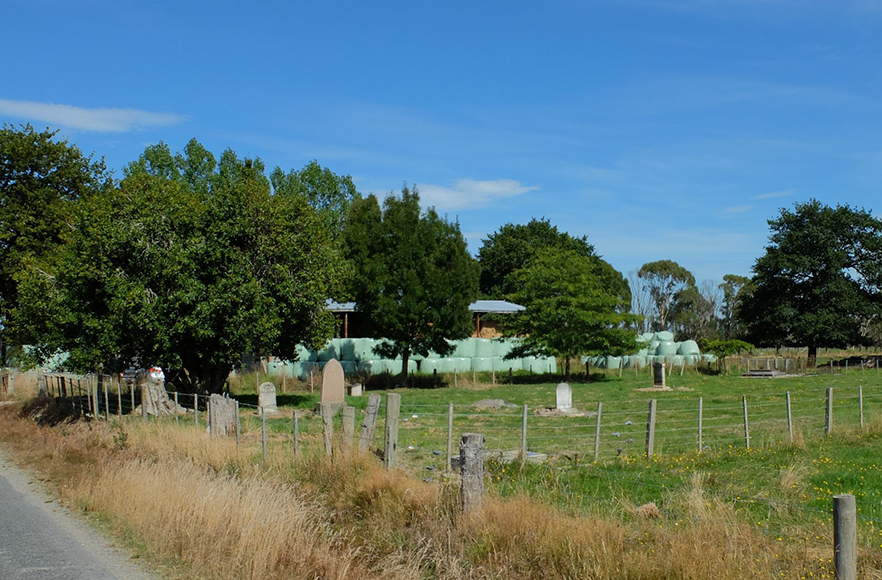 Six years after they were excavated from an Otago cemetery, the remains of 27 people who have helped shed light on the lives of early European settlers will again be laid to rest.

The Southern Cemeteries Archaeological Project will conclude its work at Milton’s St Johns Cemetery with a public service on 26 November officiated by Rev Vivienne Galletly.

Project co-lead Professor Hallie Buckley, of the University of Otago’s Department of Anatomy, says the community has an emotional and physical connection to the burial ground and welcomes them to take part.

“The community has ownership of the project, and many are descendants of people buried there. They were interested in doing something with the cemetery and we are very pleased to have been able to help them achieve that and identify some of those buried there.

“We are also grateful to have had the opportunity to investigate the lives, health, and burial traditions of early European settlers in New Zealand,” she says.

Last used in 1926, the cemetery was officially closed in 1971, and it was not known if the existing fence was in the correct place.

In November and December 2016, 29 unmarked graves were exposed, 16 of which were outside the fenced cemetery. Of those, 25 were excavated with the remains of 27 people found, ranging in age from infanthood to adulthood, most of whom died in the 1870s.

The research team was able to identify five people and build a picture of some of their lives:

Dr Petchey says the team is honoured to be able to tell the stories of people who have been lost.

“The project has enabled us to put them and their lives back into the landscapes they inhabited,” he says.

Examination of teeth also revealed multiple occurrences of linear enamel hypoplasia in every individual except one, indicating they suffered periods of physiological stress in childhood from illness and or hunger.

Along with bringing dormant tuberculosis into the country, the settlers also brought their funeral traditions. The burials at St Johns were consistent with other European settler interments and the same coffin motifs and decorations could be found in both Milton and London.

“It would appear they transported their biosocial landscape when they immigrated, and little changed for these initial colonists. However, the foundations were laid for their grandchildren and great-grandchildren to lead better lives,” Dr Petchey says.

So far, 10 academic articles and one book chapter have included information about those buried at the cemetery. Several others will be published soon, and histology and isotope analyses will continue over the next few years.

A monograph has also been published, to be launched after the burial service. Dr Petchey says it contains archaeological information about the site and findings, as well as synopses of some people’s lives.

Reburials of two other Otago cemetery projects at Lawrence and Drybread are due take place next year.

St Johns Cemetery, Back Rd, Milton, 1pm Saturday, 26 November 2022. Service to be followed by a wake, brief sharing of project results and launch of a monograph on the project, from approximately 3pm at the Coronation Hall, Milton.