It’s a long-standing tradition to capstone three or four years of full-time PhD study by presenting your research and answering questions about it from your thesis committee – it’s a thesis defence. For University of Otago students Jun Li, Cesar Alcala and Pau Atienza, not even shelter-in-place orders and worldwide border controls could stop them from having their moment. 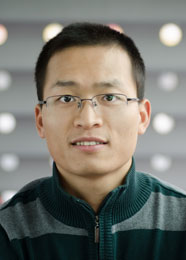 Jun Li successfully defended his thesis in early March using Zoom whilst he was self-isolating in the Sichuan province of China. He had made a quick trip back home to catch up with family and friends after submitting his thesis near the end of 2019; his intention was to return to New Zealand for his thesis defence and then take up a research position within the Christchurch Regenerative Medicine and Tissue Engineering (CReaTE) research group.

Unfortunately, the escalating spread of a severe respiratory illness originating in Wuhan first caused his return flights to be repeatedly rescheduled and then cancelled, and then he was ordered to stay at home, alongside millions of other Chinese citizens.

After New Zealand closed its borders to travellers arriving from China at the beginning of February, and then to all except its own citizens or permanent residents on March 19th, it became clear that Jun would not be able to return to New Zealand for the foreseeable future. Jun completed the final touches of his thesis from China and then, regretfully, he had to let go of the research opportunity waiting for him here in Christchurch.

Fortunately, his talent is shining through and Jun is in discussions about starting in a research position in China. 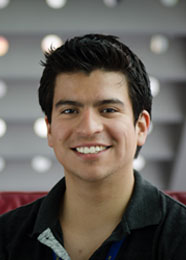 Cesar Alcala’s thesis defence occurred just one day prior to the New Zealand border closure and only days ahead of the introduction of a four-level alert system that the nation would use to help constrain the spread of the illness now named covid-19.

We had Cesar’s examiners participate in his thesis defence using Zoom, joining his convener and supervisors gathered together with Cesar in Christchurch. Our growing awareness of the risks of covid-19 meant we did not want to ask his examiners to travel, even domestically.

Cesar has since finalised his thesis and commenced work as a Postdoctoral Fellow in the CReaTE research group. 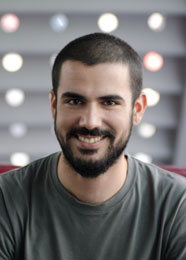 Until recently, the scheduling of Pau Atienza’s thesis defence has been caught up in the distractions of the covid-19 pandemic.

Pau returned to his home city of Barcelona early in January after submitting his thesis for examination; he arrived there only weeks ahead of Spain’s first confirmed case.

In the months that we have remained in contact with Pau in Spain, he has continued to maintain a positive outlook and be focused on the future. During his lockdown he started training in computer programming, “I’m starting my final project next week. I'll be collaborating with a research group here to develop an app for helping patients to report their symptoms. It's super exciting!”

Pau now has a defence date set for early July, which he will participate in from Spain over Zoom.

We’re very proud of the resilience shown by Jun, Cesar and Pau.

And, throughout the broader examination period for this trio we’ve been grateful to have the support of nine examiners who have reprioritised their many commitments in order to participate.