Professor Guilford’s work with both a fatal form of inherited stomach cancer, and bladder cancer, has seen the development of diagnostic tools that have profound effects on saving lives.

In 2017 his work has been recognised as recipient of the Distinguished Research Medal, the University of Otago's highest research honour. Previously his work has also been recognised by the award of the top Health Research Council of New Zealand medal; the Beaven Medal, for his contribution to translational research, and the Royal Society of New Zealand's Sir Charles Hercus Medal for biomedical sciences.

This work also has implications for diagnostic tools for prostate, ovarian, cervical and uterine cancer.

"By understanding the exact differences between any given patient's cancer and normal tissue, we have a powerful starting point for designing drugs that will kill cancer cells but not healthy cells. This will lead to better treatments and fewer side effects."

Professor Guilford is a Principal Investigator in the Cancer Genetics Laboratory, and co-founder and Chief Scientific Officer of Pacific Edge Ltd.

Pacific Edge specialises in the discovery and commercialisation of diagnostic and prognostic technology for the early detection and monitoring of cancer. Professor Guilford is also senior inventor on Pacific Edge patents including its flagship bladder cancer diagnostic test Cxbladder®.

Professor Guilford's work has been integral in the development of Cxbladder®. This is a clinically validated urine test that measures the gene expression levels of five biomarkers in order to diagnose bladder cancer. This product has recently won the NZ Innovation Awards and has secured significant contracts with healthcare providers in NZ and the USA.

Professor Guilford's work in understanding the role of mutations in the CDH1 gene in familial gastric cancer and the subsequent development of a genetic test, has dramatically decreased the mortality from this form of inherited cancer.

Tumours develop by acquiring mutations in genes that control cell proliferation, survival and migration. Although these mutations help the development of the cancer cells, they can also create weaknesses. Professor Guilford and his team are working to find those weaknesses and develop drugs that exploit them.

Multiple vulnerabilities have been identified in cancers with mutations in the tumour suppressor gene CDH1. Drugs that exploit some of these vulnerabilities have already been identified and are being rapidly progressed towards the treatment of common forms of breast and stomach cancer. This successful strategy is now being applied to common mutations in colorectal cancer. 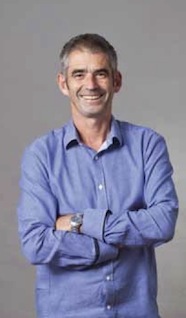