University of Otago psychiatry experts are concerned some medications used to treat anxiety may appear ineffective because they are not being tested in appropriate patients.

Dr Chris Gale, a consultant psychiatrist and Senior Lecturer in the Dunedin School of Medicine, and Hazel Buckland Professor of Psychiatry Paul Glue, carried out research recently published in the Journal of Psychopharmacology to find out why there is such a variation in results among placebo-controlled trials of benzodiazepines.

Benzodiazepines are drugs, like diazepam (first marketed as Valium), used to treat severe anxiety and sleep problems.  The researchers carried out a systematic review of randomised controlled trials with benzodiazepines used in generalised anxiety disorder.  The studies dated from 1977 to 2013 and included more than 5,400 participants.

Most of the variation related to the severity of anxiety before treatment, Dr Gale says. The second fact was the length of the trial – longer trials had less effect.  This finding is expected given that benzodiazepines are medications where people develop tolerance over time.

Older trials generally involved people with severe anxiety, including some who were hospitalised, while many newer trials involved recruiting study participants from the community by newspaper advertisements and social media.

“This newer population may not be the same as the patients we see clinically, in that their anxiety may be much less severe. Placebos appear to work as well as benzodiazepines in this less severely affected patient group,” Dr Gale explains. 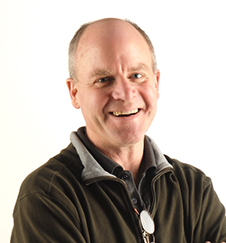 “However, in the more severe group, benzodiazepines are superior.”

While benzodiazepines are still currently widely used for treatment, Dr Gale says the results have a concerning implication. “We may be using the wrong population to test medications.  This community-recruited group, particularly in psychiatry, may be giving us a false result that useful medications are no better than placebo.”

Dr Gale says to ensure appropriate information is collected about the use of benzodiazepines, he would advocate recruiting people for testing who are either receiving treatment or in need of treatment for psychiatry or pain-related conditions.

It may also mean that a large number of trials, particularly in anxiety disorders need to be reanalysed to take into account the level of severity of anxiety.