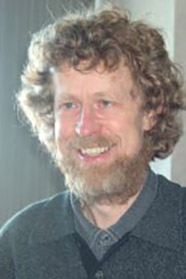 Dorian's research interests are mainly in the areas of empirical modelling of economic growth and development, sports economics, and applied econometrics. Current interests include the fundamental determinants of economic growth and development, health and economic growth, and competitive balance and competition design in sports leagues. He has previously taught at the University of Reading (UK) and the University of Canterbury and his teaching at Otago has included econometrics, macroeconomics and monetary economics.

Take a look at Dorian’s publications below:

“Measurement of competitive balance and uncertainty of outcome”, in J Goddard and P J Sloane (eds), Handbook on the Economics of Professional Football, Cheltenham, Edward Elgar, 2014, 41-59.

"Which institutions are good for your health? The deep determinants of comparative cross-country health status", (with S Knowles) Journal of Development Studies, 46(4), 2010, 701-723.

"Monetary anticipations and the demand for money: further tests of shock-absorber price equations", (with K J Fox), Journal of Macroeconomics, 14(1), 1992, 1-14.

"Wealth-composition and cross-equation effects in the U.K. personal sector's expenditure and portfolio behaviour", Manchester School of Economic and Social Studies, 54 (1), 1986, 65-98.