In memory of Professor Anne B. Smith

The College of Education mourns the passing of Professor Anne B. Smith on 22 May 2016

Anne’s contributions to the lives and rights of our children are internationally recognised. She has been a highly regarded academic, mentor, colleague, and friend to many. She will be missed tremendously and our thoughts are with John, Catherine, and Juliet at this saddest of times.

Anne’s funeral will be held on Thursday at 12:30pm at Hope and Sons, 523 Andersons Bay Rd, South Dunedin, Dunedin 9013. If you are unable to attend the service but would like to watch the funeral it will be live-streamed. Navigate to www.hopeandsons.co.nz and click the top left link marked Livestream or go directly to http://www.hopeandsons.co.nz/live-streaming

Professor Helen May, a long-time friend and colleague, shares a tribute to Anne:
The passing of a great friend, a great scholar and a great advocate for the rights of women and children.(PDF, 234 KB)

Earlier in the year Carmen Dalli and Anne Meade, with Anne’s permission, began work on a book to be published later this year by NZCER Press with chapters written by a few of Anne’s colleagues. The book, Research, Policy and Advocacy in the Early Years, is inspired by achievements of Professor Anne B. Smith, a pioneer of evidence-based policy and practice in New Zealand.

Professor Helen May shares her own chapter for the book, entitled the “Early Adventures of Anne (PDF, 327 KB)

With the permission of Anne's family the University has made available 4 films produced by Anne Smith. These can be downloaded. The films were made between 1978 and 1993 and concern political and pedagogical issues for early childhood care and education at the time. They were very influential and widely used for Kindergarten and childcare training at the time, and later teacher education in colleges and in various education studies and women's studies university programmes. 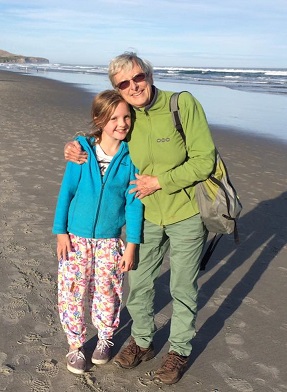