Professor of Development and the Environment 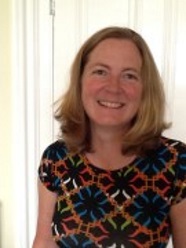 I joined Newcastle University as a lecturer in Geography in 1992. In 2002 I became a senior lecturer and then Professor of Development and the Environment in 2005. I have held international visiting fellowships in Canada, USA and most recently New Zealand and have led a number of British Council/DFID exchange programs with universities in Latin America (Bolivia, Peru and Chile). I greatly value the opportunities these experiences give me to research and teach in settings beyond the UK. My interest in international knowledge production is also reflected in my roles as the founding director of the Developing Research Network and the Latin American and Caribbean Studies at Newcastle University, both o which facilitate interdisciplinary as well as international research.

I was a member of REF sub panel 17 Geography and Archaeology and author of the development geography subject report for the ESRC International Bench Marking Review of Human Geography. I am the current Chair of the Developing Areas Research Group of the RGS-IBG, and prior to this was the group's Secretary (2011-14).

I served as a committee member for the Society of Latin America Studies (2012-2014) and have contributed to both Area Studies and Geography through my position on the editorial boards of Journal of Latin American Studies (from 2014); Annals of the Association of American Geographers (2004-2012); Geoforum (2001-2012); Transactions of the Institute of British Geographers (2004-2007).