The establishment of the Chair of Earthquake Science, and the appointment of Professor Mark Stirling as the Inaugural Chair in early 2016 effectively marked the commencement of significant efforts to address earthquake science and the associated hazards and risks in low seismicity southern New Zealand.

Otago and Southland share a similar low seismicity tectonic setting to that of Canterbury, as all three provinces lie east of the plate boundary. The 2010–2012 Canterbury earthquake sequence showed these regions to be capable of significant activity after long periods of seismic quiescence.

The establishment of an endowment through the generous donations of individuals, such as Emeritus Professor Rick Sibson, has made the chair position possible, and the position has also recognised the need to have earthquake science expertise permanently established in the Otago region.

Our activities continue to encompass a range of activities across the broad spectrum of earthquake science. We are working on the paleoseismology of faults in Otago (and collaboratively in Canterbury), earthquake statistics, strong motion seismology, update of the national seismic hazard model for New Zealand, and use of fragile geologic features to constrain seismic hazard. These activities are best described in the context of the people within our group in the following paragraphs.

Jack Williams (pictured) commenced his Post Doc in the latter part of 2021. He is funded by our EQC University Research Programme project “Understanding and Managing Seismic Risk in Low Seismic Hazard Zones”, which has the goals of: (1) addressing the issues of earthquake source identification/characterisation in low seismicity areas; and (2) addressing issues of human perception, preparedness, potential impacts and recovery in these areas. The project is co-led by Mark Stirling and Caroline Orchiston (Centre for Sustainability), and is focusing on Southland as a case study region (see image). In these regions the traditional definition of an active fault (movement in the last 125,000 years) and associated paleoseismic methods have limited ability to identify earthquakes sources with very long recurrence intervals. Jack has thus far been undertaking reconnaissance fieldwork to identify potentially active faults in the province. Later in the summer we will be undertaking a paleoseismic study of the Nevis Fault, a major fault approximately equidistant between Queenstown and Cromwell, and one that potentially links up with the NW Cardrona Fault to produce the maximum-size earthquakes for the region. The fault is within the Otago region, but has a potentially active continuation into northern Southland. 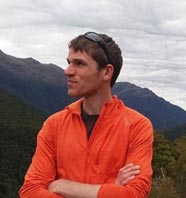 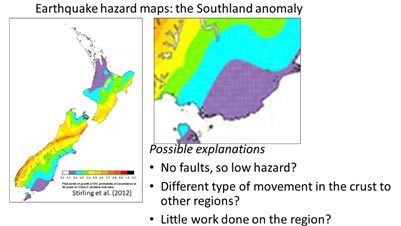 Govinda Niroula joined us in person in late November from Kathmandu Nepal to continue his PhD after a year of remote PhD work. The process of getting him approved by INZ, followed by visa and MIQ efforts were all quite complex, but we got there. Govinda is working on testing and evaluation of simulated catalogues of major New Zealand earthquakes by (e.g.) comparing magnitude-frequency distributions from the simulations to the historical record and other models (see image). His scholarship is funded by the Resilience to Natures Challenge (MBIE). 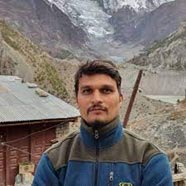 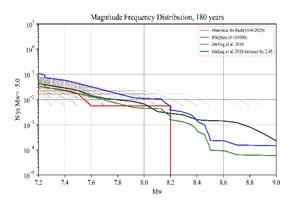 Anna Kowal has been working on ground motion simulations for Dunedin and Mosgiel for her PhD (see image of simulated seismograms for Dunedin from a local active fault), and her scholarship has been funded by QuakeCoRE. When she completes the PhD she will take up a job as a seismic hazard scientist with WSP/Golder in Christchurch. There she will be expected to develop a strong ground motion modelling capability for the company. 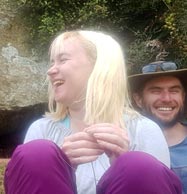 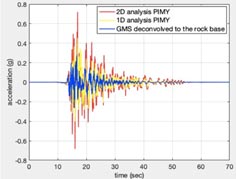 Jonathan Griffin defended his PhD in the latter part of the year, and in December will return to his scientist position at Geoscience Australia (GA). He will eventually have produced a total of four papers from his PhD: a global study of recurrence statistics of faults, with a focus on low slip rate faults; a paleoseismic study of the Hyde Fault (see image); long term slip rates from cosmogenic dating of displaced surfaces on the Hyde and Dunstan faults; and Bayesian analysis of earthquake recurrence behaviour on low slip rate faults. His PhD scholarship was funded by GA. 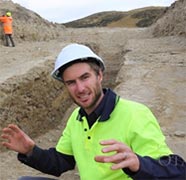 Fox Meyer submitted his Honours dissertation on the paleoseismology of the Long Valley Fault (see image – the fault marks the boundary between valley and range-front). A first-class effort for someone who was untrained in the subject just a year ago. The study has shown the fault to have produced three ground rupturing earthquakes in the last c.70,000 years, with the most recent event in the time-period 7-14,000 years BP. Fox’s project was funded by Contact Energy Ltd. 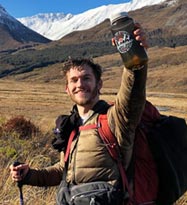 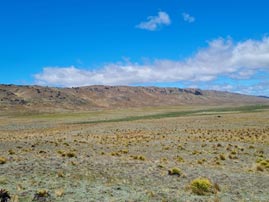 Third year students Hannah Martin and Ashleigh Vause undertook projects with me on the earthquake geology of the Taieri Ridge Fault near Macraes, and a geophysical study of the Hyde Fault. The latter was jointly supervised by Andrew Gorman. Both Hannah and Ashleigh are planning to continue postgraduate studies in earthquake science.

Mark Stirling’s activities have been in all of the above, plus: an ongoing Core Team role in the National Seismic Hazard Model update; advising Otago University’s Property Services on seismic issues surrounding the University’s building stock; installation of an accelerograph network around the Dunedin campus; central Otago hydroelectric power-related investigations; and a number of small consulting and outreach activities (media, submissions, inquiries). Most notably, Mark recently published a paper in the Bulletin of the Seismological Society of America documenting the first-ever use of ancient fragile geologic features to set the design earthquake motions for a major engineered structure (see image). This achievement was the culmination of about two decades of research and outreach to scientists, funders, and engineers. 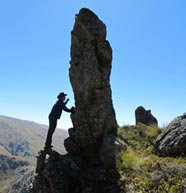 Sage Stirling, official comfort dog of the Geology Department, won the Good Girl Award for the third year running at the annual Geology Dinner. She has been an indispensable stress reliever for undergraduate and postgraduate students alike, and a wonderful field companion in the summer months. 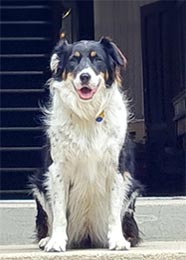 Student projects are now available for prospective PhD and masters' students who have an interest in earthquake science. There are projects available relating to active and potentially active faults, statistical seismology, and seismic hazard. Our projects tend to attract industry funding, and provide students with valuable exposure to potential future employers. Please get in touch with Mark to discuss if you are interested: