Read about volcanology research projects at Otago. Some of these are underway or completed, others are topics that will have multiple student projects involved, or which haven't yet begun. Additional opportunities for work with interesting volcanic questions are always in the works. See the list below and also the postgraduate opportunities database. If you're a student interested in postgraduate volcanology at Otago, please contact Professor James White or Dr Marco Brenna.

Plumbing system controls on the eruption patterns at Taranaki Volcano

Taranaki has a long history of volcanism as well as cone building collapse over the past 200kyr. Detailed tephra sequences have revealed patterns of cyclicity in the eruption record over the past 30,000 years. The magmatic plumbing system controls on these patterns have as yet not been clearly defined.

This project statistically investigates petrographic and chemical changes within the eruptive record (from single eruption to eruptive periods) to understand the dynamic conditions of magma storage and evolution and reveal the sequence of processes that may lead to different eruption styles. The study is done in collaboration with Professor Shane Cronin (University of Auckland) and Associate Professor Ting Wang (Otago, Department of Mathematics and Statistics). 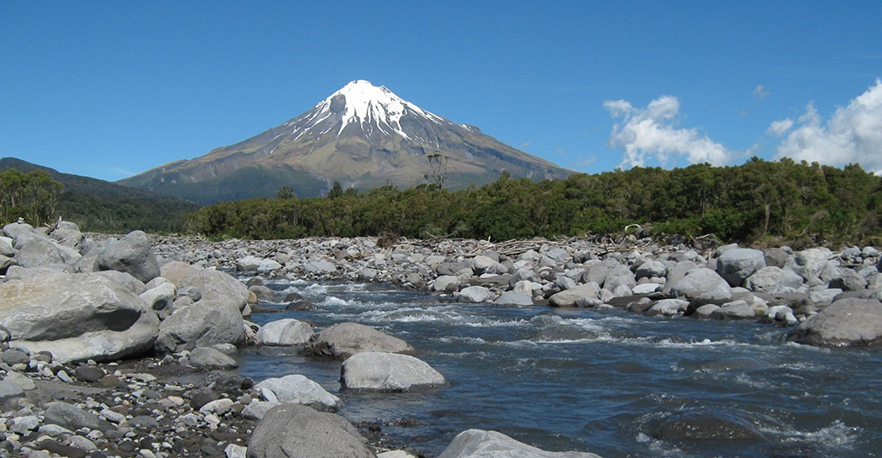 Mount Taranaki seen from the west along the Stony River.

The origins of Auckland volcanism

The Auckland Volcanic Field is nested within the confines of the city of Auckland, and with the last eruption at Rangitoto less than 600 years ago, it is very likely future events will occur.

Ongoing research projects focus on understanding the magma source and the drivers/triggers of magma ascent. Geochemical and petrological studies of peridotite xenoliths give the closest look yet at what the mantle beneath Auckland looks like, and at what might be participating in melting processes. These are integrated with characterisation of the hosting eruption products to construct an integrative model of magma behaviour in the field.

Dispersed volcanoes in Otago as well as the central Dunedin Volcano were active from 24 to 9 Ma. The rocks are alkaline, and early works on the Dunedin Volcano are keystone publications that will ensure widespread attention to new work on the volcano's magma lineage(s).

Several aspects of magma evolution can be investigated in these settings. Lavas host peridotite nodules and hence are a probe of the mantle in the region at the time of volcanism, giving insights on sourcing processes as well as magma ascent. The compositional spectrum from basalt to trachyte and phonolite implies complex magma plumbing and ascent dynamics, with storage, fractionation and mixing. These processes are investigated petrographically and geochemically, and by phase equilibria experiments.

Collaboration with the experimental petrology group at INGV in Rome provides new opportunities to investigate the parameters controlling magmatic processes. Piston cylinder experiments can simulate magmatic conditions up to 2 GPa and 1200°C, and are used to evaluate mineral phase stability and relationships. These are applied to New Zealand rocks and analogues worldwide.

The origin of carbonatites

The Southern Alps of New Zealand hold some of the least common igneous rocks on Earth, namely carbonatites. Rocks of the Alpine Dyke Swarm display evidence for the unmixing of mantle-derived lamprophyre magmas. The melts behave like oil and vinegar and result in distinctly different carbonatites and phonolites. This ongoing project aims to reconstruct the processes that led to the differentiation of a single parent into two distinct daughter melts.

The role of amphiboles in intraplate magmas

Intraplate volcanic rocks in Otago, the Southern Alps and the North Island bear witness to the effects of water in the generation and differentiation of magma. Amphiboles are often a pervasive mineral phase in the mantle and the melts. The characterization of these hydrous minerals will reveal their origin and reveal processes of intraplate volcanism and its drivers.

Large basaltic intrusions, intrusive clastic rocks, lithic-choked sills, remnants of surtseyan volcanoes, and seafloor slumps and breccias provide a range of research opportunities in the Waiareka-Deborah volcanic field. It is about an hour's drive north of the university and offers numerous excellent coastal exposures of many volcanoes.

The goal is to establish an integrated account linking magma plumbing with seafloor eruptions, and the controls on sill and dike emplacement in this intraplate field. Our approach will combine field and petrological work, paleomagnetic methods, and physical experiments. 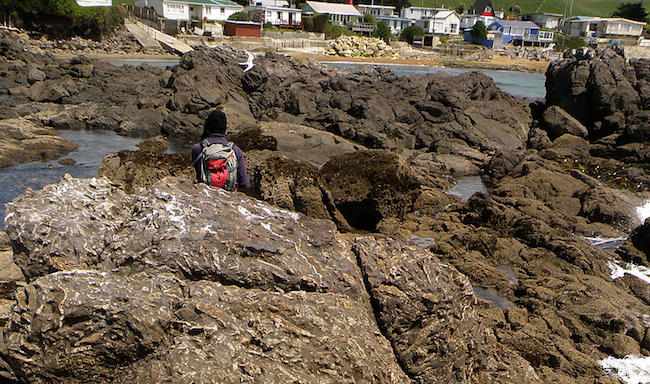 Understanding the unexpected at Dunedin volcano: Major pulses of intraplate volcanism as an unconsidered threat to urban centres

This project will develop a 3D+time model for Dunedin Volcano by combining volcanic lithofacies mapping, radiometric dating, and paleomagnetic work. Parallel magnetotelluric work will image the volcano's substructure to the base of the crust. The resulting '4D' model of the thermal and physical evolution of Dunedin Volcano will be used to reveal its initiation controls and pattern of eruptive growth.

Surtsey is the type example of a volcanic island built by explosive eruption critically mediated by water, and is a touchstone for analysis of explosive magma-water interaction in general. Cores extracted in 2015 by the ICDP project SUSTAIN are available for study.

This project will focus on an inclined core that extends beneath Surtsey's first and main vent, intersecting its center > 100 m below the pre-eruption seafloor. The core demonstrates unambiguously that there is a diatreme beneath the Surtsey tuff cone. We will analyse components in the inclined core and 3 related vertical cores (one from 1979), plus ash collected during the eruption and from surface deposits on Surtsey, to understand how the diatreme structure was excavated, and what was its role in the observed eruption styles of Surtsey. 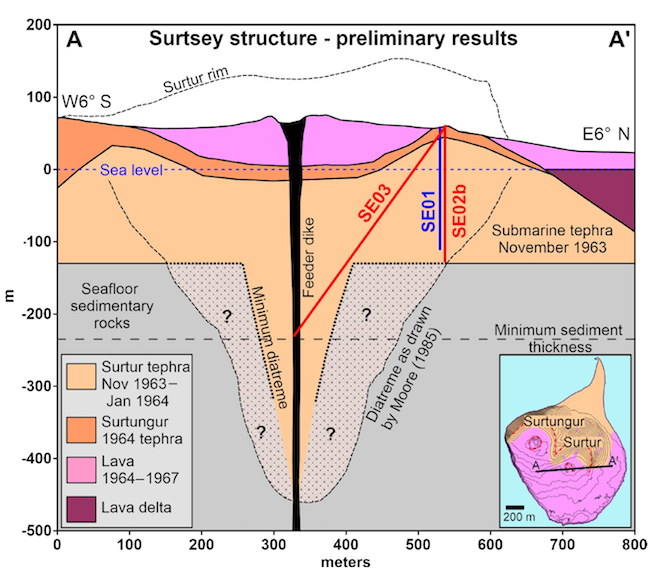 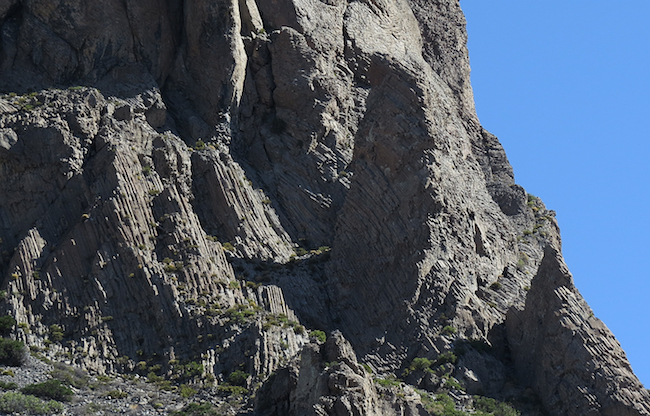 The Hopi Buttes volcanic field offers a range of exposure depths and volcano types, and has yielded much information about maar-diatreme volcanoes and their feeders. This study extends previous work to examine an area with abundant deeply sourced lithic fragments, focusing on their sources, times of arrival at the surface, and relationships with enclosing pyroclastic rocks and among overlapping maars.

Field mapping and componentry will be coupled with analysis of pyroclast textures, phenocryst and antecryst textures and compositions. How did these large blocks travel a mile vertically, over what time(s) during the eruption, and was there interplay among the adjacent diatremes or their plumbing? Coupled modelling or/and experiments will support the work. 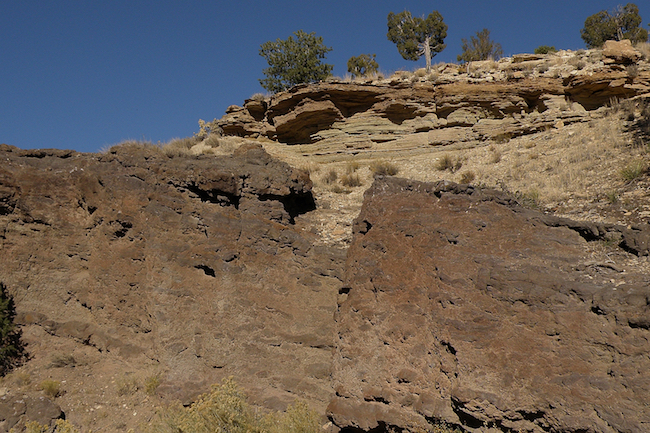 Ambae eruption 2018: Analysing pyroclasts to understand the generation of ash in a multi-stage and gas-rich eruption

In 2018 the Manaro Voui volcano, on Ambae Island, Vanuatu, erupted over a period of months (it is possibly not entirely finished yet). During that time eruptive activity changed, and for much of the eruption substantial volumes of ash were produced, coinciding with apparent changes in access of water in the crater lake to the erupting vent within it. The proposed project will employ 2D and 3D textural analysis of pyroclasts, in conjunction with work underway at GNS Science and other NZ universities. 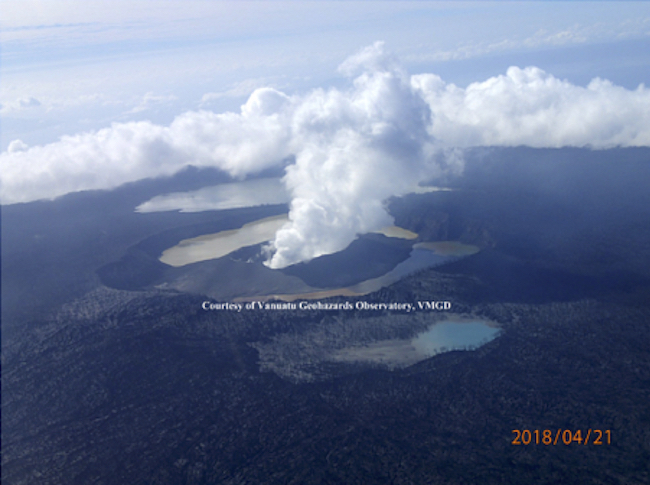