This page was last updated by Andreas while he conducted his PhD research at the Department of Geology, University of Otago. Find out what Andreas is doing now on our Alumni page. 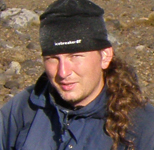 Sedimentary Response to Debris Avalanche and Eruption at Mt Ruapehu

Nowhere is the spectrum of sedimentary processes broader than in volcanic settings. Active stratovolcanoes in particular host a large number of different physical sedimentary processes, many only deciphered in recent decades through much arduous work.  A number of these processes are also volcanic hazards. In this project we investigate the sedimentary response to the volcano's last debris avalanche ca. 4600 years ago (Donoghue and Neall, 2001), and products of an accompanying eruption in the Whangaehu valley on the eastern side of the mountain. Previous workers (Smith and Lowe, 1991) have proposed a spectrum of sedimentary processes ranging from stream flows / hyperconcentrated flows / debris flows to debris avalanches (The whole spectrum beyond streamflow is usually referred to by the Indonesian term “Lahar”). All types of transport have occurred within the valley and their products preserved in the sedimentary record. Following the last debris avalanche there was a substantial accumulation of streamflow deposits within the valley, which is in distinct contrast with recent debris-flow dominated sediment transport (Graettinger, 2008). To evaluate this difference in behaviour, we have modeled some of the streamflow hydraulics – and the modelling reveals that these deposits required very special conditions, highly unlikely in a conventional (e.g. a “nonvolcanic mountain”) sedimentary setting. Our Purpose is therefore to outline the circumstances of sedimentation and perhaps give evidence for an interrelationship of depositional processes within the “Lahar continuum“.  The series of diagrams below illustrates our interpretation of the events that led to streamflow deposition of the so-called "Grey Unit" in the upper Whangaehu valley. 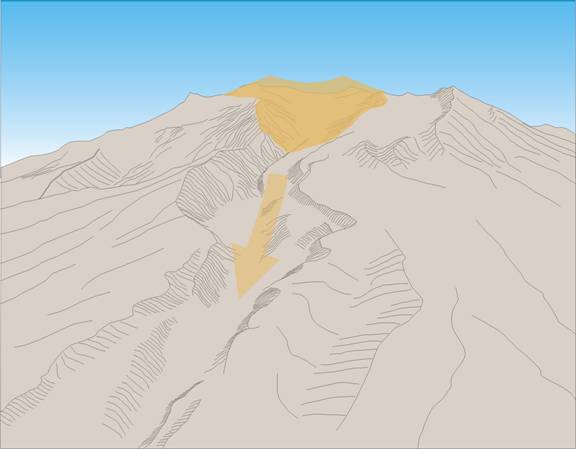 Fig.1: The Grey Unit is underlain by a debris-avalanche deposit.  From this we infer that an intensely hydrothermally altered part of the vent region, of unknown geometry and size, collapsed into the deeply incised Wangaheu gorge, which looked much like the gorge does today. 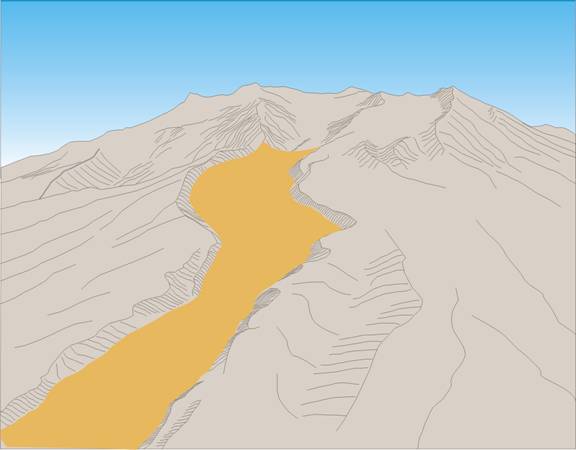 Fig.2: The Mangaio debris-avalanche deposit buried the Whangaehu channel, raising and broadening the valley floor. Post-avalanche streamflow was disrupted across this wide but irregular landslide surface, with small streams and local ponds, but no throughgoing major channel. 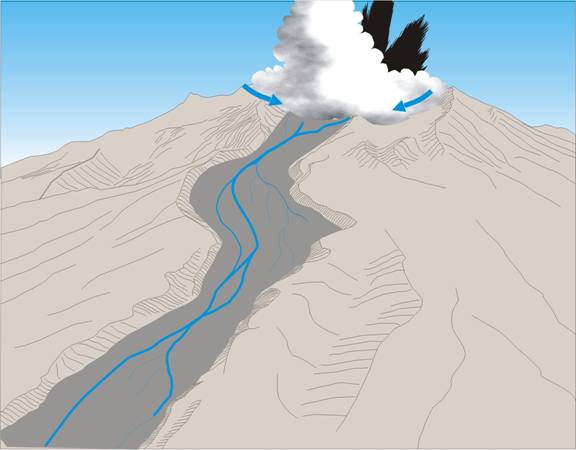 Fig.3: Soon after, if not simultaneous with, the debris avalanche, new pyroclastic material was produced by phreatomagmatic eruptions near the volcano summit.  This sediment was deposited by small braided streams and sheet floods onto the irregular but broad and gently inclined (ca 10 degrees) avalanche-deposit surface, building it up to form the sandy-textured, well-sorted,  >10 m thick "Grey Unit". 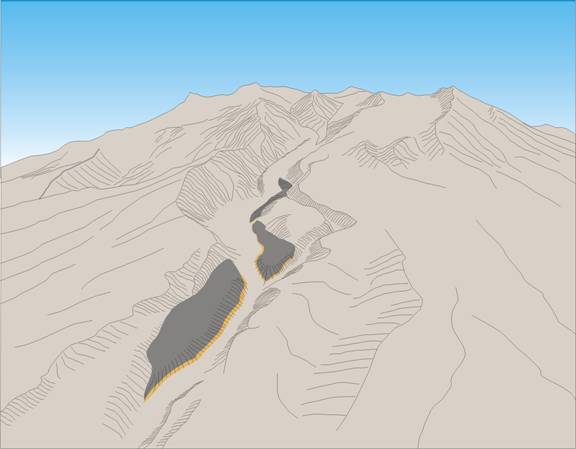 Fig.4: Stream plains developed by aggradation are ephemeral features on the flanks of steep composite cones. When the supply of new pyroclastic debris was depleted after eruption(s) ceased, the Grey Unit ceased to be deposited, and the river re-incised the valley floor, returning to the narrow, bouldery channel that the Whangaehu River occupies in this valley today.