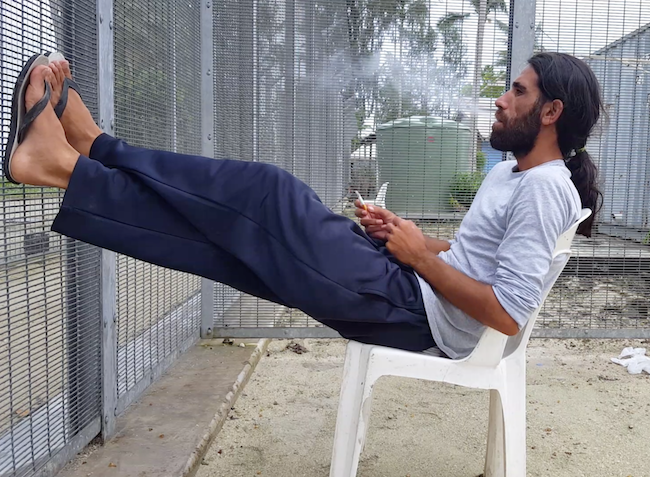 When Manus Island detainee and award-winning novelist Behrouz Boochani is interviewed at the Dunedin Public Library on 23 June, he hopes his harrowing story will increase awareness of the inhumane Australian border regime.

Boochani, a renowned Kurdish-Iranian writer, filmmaker and refugee, who will be interviewed via video link by Centre for Global Migrations researcher Dr Neil Vallelly, has been incarcerated by the Australian government in the Manus Island Regional Processing Centre (Papua New Guinea) since 2013. 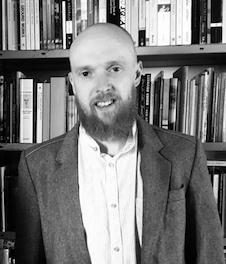 In Dunedin, Dr Vallelly will be joined in person by Dr Omid Tofighian, the translator of Boochani’s acclaimed work No Friend but the Mountains: Writings from Manus Prison; the book recently won the 2019 Victorian Prize for Literature at the NSW Premier’s Literary Awards, the Australian Book Industry Awards (ABIA) General Non-Fiction Book of the Year, and the NSW Premier’s Award.

Vallelly says that from an academic perspective, Boochani’s work not only chronicles the “everyday destitution of life” for those imprisoned on Manus Island, but it helps shine a light on the daily abuses and violence enacted and endorsed by the Australian Government.

“The importance of this aspect of his work cannot be underplayed. But what is equally remarkable about Boochani’s work, especially in No Friend but the Mountains, is that he also constructs a theoretical framework for understanding all kinds of oppression, and he is able to illustrate how the situation on Manus Island and Nauru connects to other forms of social, political and environmental injustice.” 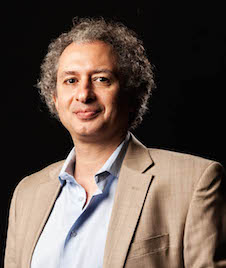 Vallelly says the book combines journalistic prowess with a philosophical ingenuity that enables a critique of aspects of liberal democracy that work to exclude a large section of humanity: “Particularly those who have been rendered stateless or lost their right to citizenship.”

Vallelly says the interview will cover a wide range of topics, including how Boochani composed the book on his phone, his boat journey to Australia, arrival on Manus Island and the “various abuses that have occurred there over the last six years.”

“He has written a lot in various media, especially The Guardian, about the mental degradation of the imprisoned refugees, including numerous suicide attempts, the violent behaviour of the prison guards and the squalid conditions of the prison, and I will discuss with him his fears for the refugee community on Manus, especially in the wake of the latest Australian election result.”

Vallelly says the types of issues discussed will come to the fore as New Zealand enters into the debate on resettlement, and takes a more global role in refugee resettlement.

Institutions, such as Otago’s Centre for Global Migrations help contextualise these issues beyond academia by bringing together researchers from a variety of disciplines in the “awareness that there is no other approach to the issue of migration and the refugee crisis than through collective thinking and action”.

“Such institutions help situate the current manifestation of migration and displacement within wider histories and philosophies of migration, while also linking contemporary research in these areas directly to policy makers and organisations working with migrants and refugees.”

Vallelly says Tofighian’s work transcribing the book from text messages and translating the text from Farsi will be a prominent feature of the interview.

The translation process was very difficult not only because Farsi has a different grammatical structure to English, but also because the book manuscript arrived in one long text message. The work had to be “massaged” into a piece of literature, which is why the finished piece blends literary techniques.

“I think it is clear that Omid’s influence on the book goes beyond the usual role of a translator, and I will discuss the challenges he faced as translator, and how he navigated the difficulty of representing Boochani’s voice.”

Tofighian is Assistant Professor of English and Comparative Literature at the American University in Cairo and Honorary Research Associate in the Department of Philosophy at the University of Sydney, and Vallelly says the interview will also explore the role philosophy and literary studies can play in fighting oppression and abuse.

Alongside the interview, Dunedin poets Lynley Edmeades, Rhian Gallagher, Fiona Farrell and Emma Neale will present work on the politics of displacement at the event.

Tofighian, Boochani and Vallelly will also present at a philosophy symposium at Massey University in Auckland on 22 June, and will lead a two-hour workshop at the University of Otago on 24 June. The workshop will be followed by a public screening of Chauka, Please Tell Us the Time, a documentary film shot by Boochani on his phone from inside the Manus Island detention centre, which premiered at the Sydney Film Festival in 2017.

The event is supported by a Continuing Education Grant and the English and Linguistics Programme at the University of Otago, as well as English Language Partners and Dunedin UNESCO City of Literature.