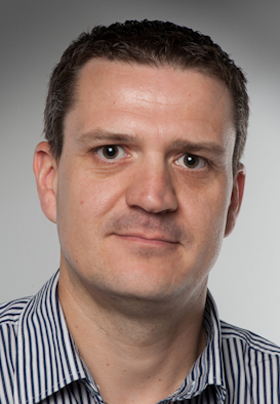 “It’s an ideal fit with my work dealing with accessing pharmaceuticals at Pharmac because it has given me a much wider appreciation of public health issues in New Zealand society than I had before,” he says.

“And it will also be of help in future when I move to be an advisor on the procurement of devices for hospitals.”

Hayden says he decided to do the Postgraduate Diploma in Public Health Medicine because it seemed the perfect marriage between his interests in economics and health systems.

However, Hayden came to the health sector by a somewhat circuitous route. When he left school he went into the Air Force logistics for eight years, and started to become interested in economic development during a posting on peacekeeping duties to Bougainville and the Solomon Islands during 2003.

“I got a bit disenchanted with the reactive nature of it. I could see gaps in those societies where major improvements could be made or mistakes prevented and I decided I wanted somehow to get involved in something which was more socially proactive when I got back home.”

“I really started to appreciate then what we have in New Zealand. I also wanted a better understanding of the economics of developing countries, which led me to a BCom economics degree at the University of Otago. That led onto an interest in the role a health system plays in the development of a country,” he explains.

Following his degree Hayden became even more interested in public health while working at the Medical Council in the areas of professional standards and vocational training programmes.

He believes the papers he has done in his first year of the Diploma - epidemiology, biostatistics and health economics - have really assisted in how to critically analyse scientific studies on drug trials. Now Hayden is on the home straight, looking forward to the last two papers covering health systems and health policy.

Find the Graduate Research School on: