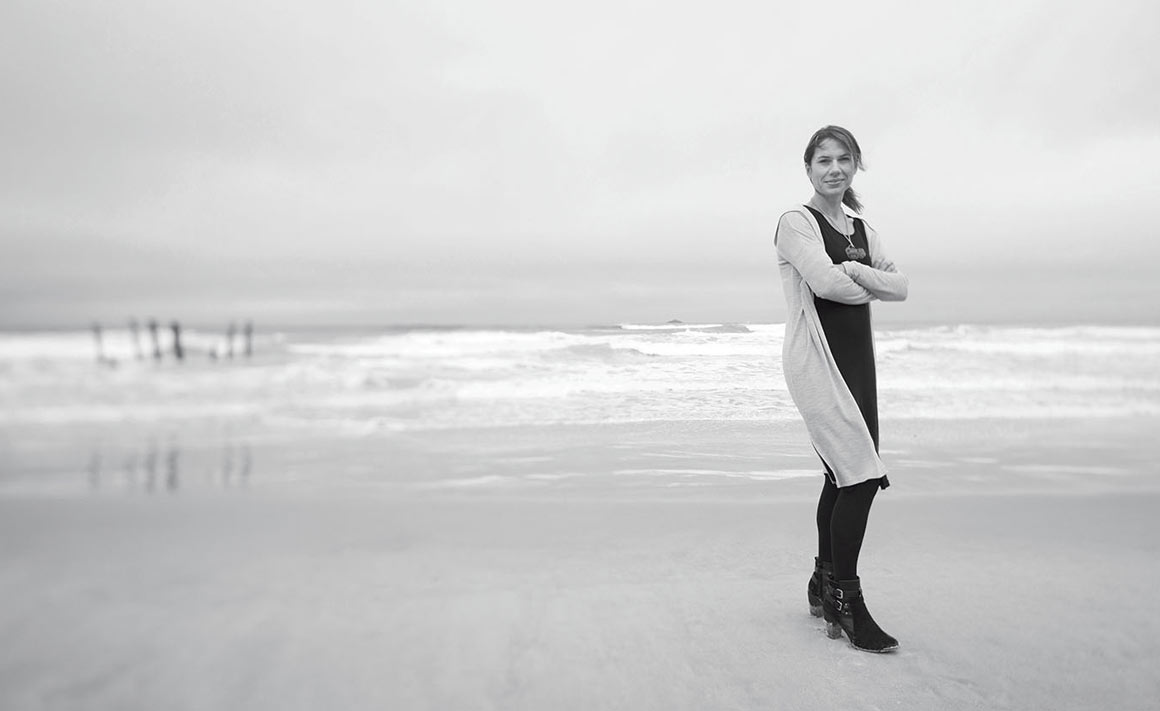 The long-term effects of education on Māori students, their whānau and their communities is the focus of ongoing life course research led by Dr Moana Theodore.

University of Otago lifecourse research has already revealed a lot about the wider New Zealand population: now researchers are turning to it to understand more about Māori education, health and well-being.

Theodore, whose background is in psychology, first became involved in lifecourse research in 1998, working as an interviewer on the age-26 assessments for the Dunedin Multidisciplinary Health and Development Study (DMHDS), which follows a cohort of 1,000 people born in Dunedin in 1972-73.

After time working in lifecourse research in the UK she returned to New Zealand and completed a PhD. In 2007 she rejoined the DMHDS and was awarded a Division of Health Sciences postdoctoral fellowship. Then, in 2013 she was awarded the prestigious HRC Erihapeti Rehu-Murchie Postdoctoral Fellowship – a three-year, $354,512 fellowship that allowed her to pursue two research projects examining the long-term effects of education on Māori.

Theodore says the NCLR’s goal is to conduct, support and promote lifecourse research by partnering with long-standing New Zealand longitudinal studies, including the DMHDS, the Christchurch Health and Development Study and the Pacific Islands Families Study at Auckland University of Technology.

"We work to build consensus around findings from our world-leading lifecourse research to inform policy and practice."

One of her projects involves the Graduate Longitudinal Study of New Zealand (GLSNZ), launched in 2011. The GLSNZ tracks around 8,700 university graduates over 10 years to see where their education takes them. The GLSNZ includes more than 600 Māori participants.

"We looked to create a profile of current Māori university graduates to find out who they were and what they were studying. We are now following them over time to examine Māori graduate outcomes. We look at the private benefits of having a university education, like employment and earnings, and also the social benefits for their whānau and communities."

Theodore says while overall Māori student numbers are increasing, they remain under represented.

"Just over seven per cent of graduates are Māori, even though Māori comprise 15 per cent of the total population,” she says. “These graduates are educational role models when it comes to their communities and whānau."

Theodore says the study will now look at career pathways after graduation. At the moment they are focusing on research that looks at outcomes two years post graduation.

"We are finding really positive outcomes, particularly in terms of the contribution that Māori graduates are making in society including things like volunteerism."

Theodore is also working on the Te Kura Mai i Tawhiti project – a collaboration with Te Pou Tiringa (TPT) in New Plymouth, examining their innovative Te Kōpae Piripono early childhood programme, established in 1994. They are looking at the impact that the kaupapa Māori programme has had on the health and well-being of Māori children and whānau over time.

"One of the key things we know from longitudinal research is that the early years matter a lot in terms of how people develop and their outcomes in adulthood. We're looking at innovative early life programmes like Te Kōpae Piripono that we can help to evaluate and share the findings from.”

The research team has received a one-year HRC Feasibility Study grant to establish how best to examine positive change over time with a view to setting up a more long-term study of Te Kōpae Piripono.

"An important aspect of this study is that we take an interface approach – working between Western science – in this case lifecourse research – and mātauranga Māori (Māori knowledge), mātauranga Taranaki, mātauranga Kōpae Piripono."

Theodore says both projects provide an opportunity to build capacity and capability in terms of Māori lifecourse research and researchers.