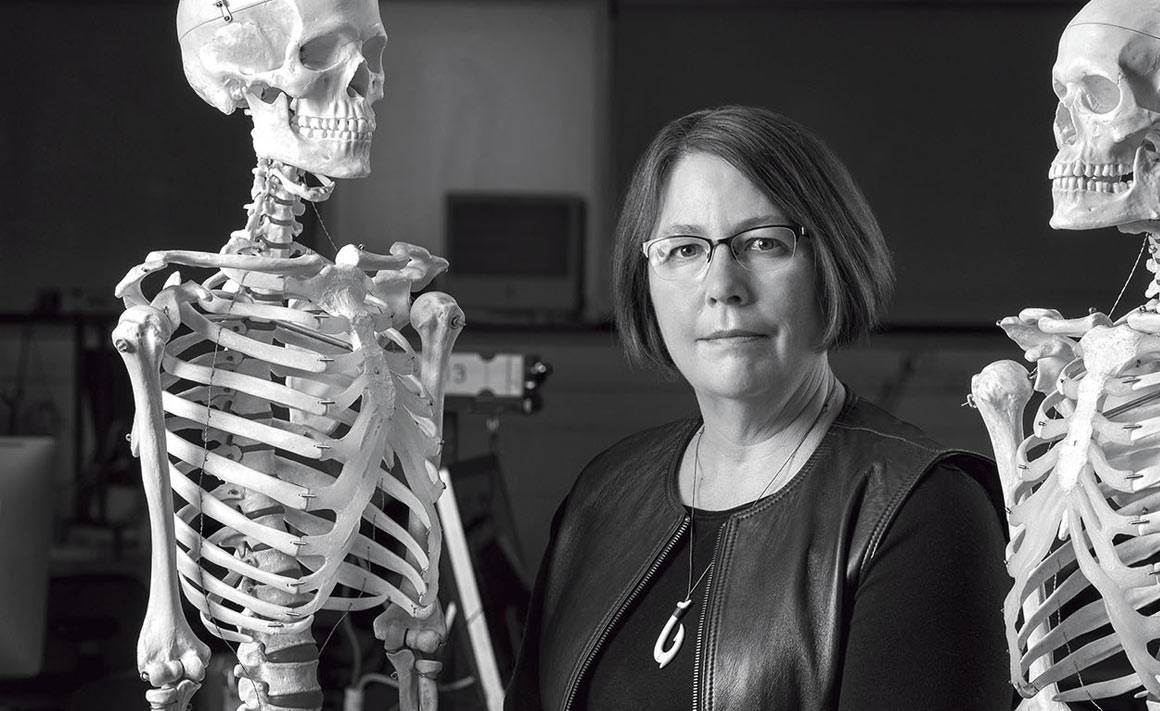 Centuries after his death, Shakespeare’s plays – and the performance structures around them – are still proving their relevance.

Four hundred years after the death of William Shakespeare, Professor Evelyn Tribble is proving that his work still provides us with new insights into the human condition. In this case, however, her findings are not based on textual analysis of the plays as much as the cognitive processes underlying their performance.

Tribble (Department of English and Linguistics) started out investigating representations of memory in the great bard’s plays, but it was when she began to explore the mnemonic demands of the actors performing those plays that she says her research really found “traction”. This work has provided a rich vein of insights, not just into the 17th century dramatic process, but also human cognitive processes generally – insights that are relevant to modern day psychology as well as other disciplines in the Humanities.

Tribble’s forays into the field of distributed cognition began with her looking at the 16th century playhouse – a recent innovation at the time – as a workplace, much as we look at learning processes within a modern organisation. This included researching the training of actors and the apprentice system used to develop what were essentially child actors.

“We know that boys who were apprenticed probably around the age of 14 went on to play extraordinarily complicated roles like Lady Macbeth later in their teens. How did they develop that kind of expertise?” Tribble wondered.

Tribble determined that the non-speaking parts Shakespeare wrote for boys, such as pages and attendants, acclimatised them to being on stage. Then, “bit” parts were written in a way that enabled older actors to manage the apprentices onstage through explicit actions or cues.

The work of memorising lines would have been relatively easy for individuals accustomed to the recitative teaching methods of Elizabethan-era schools, Tribble believes, but this doesn’t account for older actors’ ability to memorise and perform a large number of parts and plays in a relatively short space of time (as many as 70 different parts in a three-year period in the case of actor Edward Alleyn).

To explain this skill set, Tribble hypothesises a kind of “information underloading”. This means that the theatre environment or “ecosystem” was configured to support actors’ cognitive requirements, through means such as consistency in stage design, to the way in which their parts were delivered to them in playbooks that omitted information unrelated to their role.

“Such systemic structures facilitated creativity because it meant actors didn’t need to think about routine aspects of their work,” says Tribble, “and that allowed creativity to come forward.”

This sheds light on how Shakespearean actors rehearsed somewhat differently from the theatrical companies of today but, more importantly, it also suggests an important relationship between place, body and mnemonic processes – what Tribble calls the “cognitive ecology” – that influenced their learning processes.

A helpful example to illustrate the cognitive interrelationship between space, body and mind is the actors’ mastery of the art of gesture, both to assist recall and help them hold audience attention – in effect a developed form of kinesic intelligence.

“It’s been shown that gesture helps speakers manage what they’re going to say and also helps listeners follow what is being said,” says Tribble. “In the 17th century we start to see treatises on the art of gesture and how to train hands and body in almost the same way an athlete trains their body. Today, actors still use their body to dispose thoughts in space – almost making them visible through gesture – as well as pulling the audience in to them almost in a form of hypnotism.”

Tribble draws on research in fields such as psychology and linguistics to explore these and other “distributed” cognitive processes in Shakespearean theatre, and also collaborates with colleagues in philosophy, psychology and cognitive science, both at Otago and further afield.

“The best interdisciplinary work is a dialogue, a two-way traffic that enables you to understand the other discipline well enough to see what insights it can provide, but also what its blind spots might be.

“There’s a lot to be said for a discipline like English where you can ask broader questions, but you can engage with material from other disciplines to ask these broader questions about what it means to be human. That’s what the humanities do for us.”