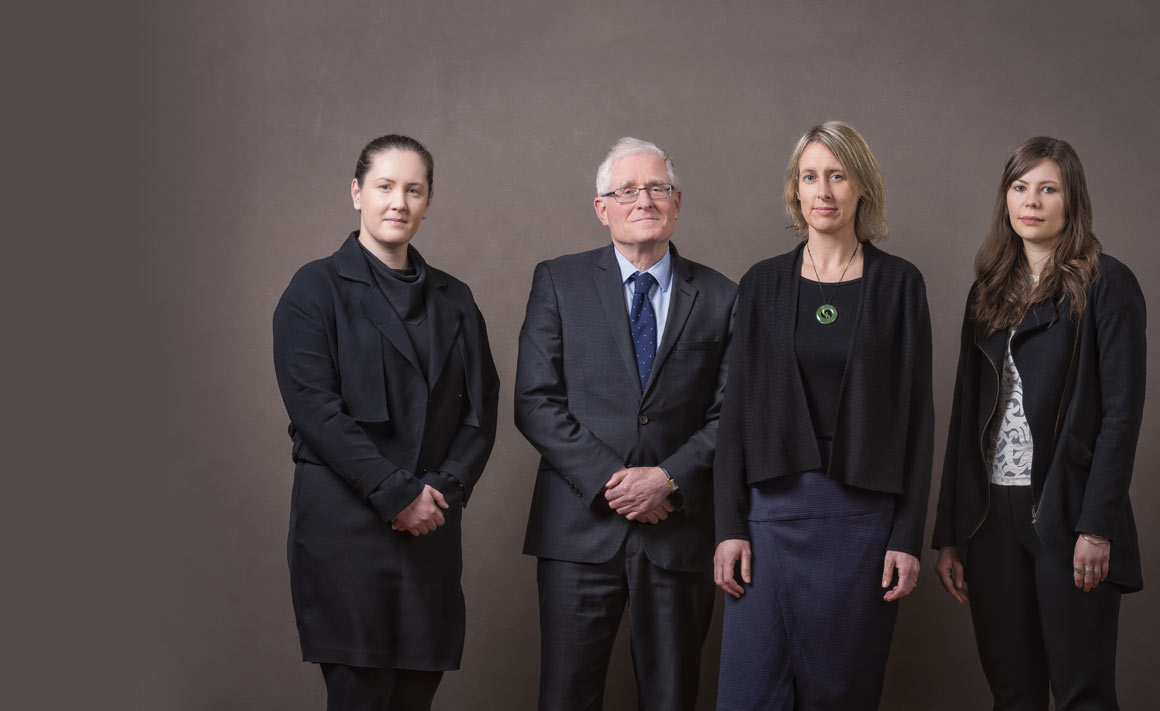 The length of time civil court cases take, and why and when they might stall are questions that have been addressed in a recent study by Otago’s Legal Issues Centre.

Research into the pace of High Court litigation shows there is no simple answer to how long a civil case should take.

The project, conducted by Otago’s Legal Issues Centre, with co-funding from the New Zealand Law Foundation, set out to establish the length of cases, the reasons for any delay and what could be done about it.

Centre Director Dr Bridgette Toy-Cronin says delay adds to financial and psychological costs. "The longer a case goes on, the more it’s going to cost, especially as legal fees are almost always charged on an hourly basis. If it hangs over people for a long time, it can have a detrimental effect on their well-being."

The researchers wanted to get a clear picture of how long cases actually take, how long they should take and what is a reasonable length of time.

"If cases stall or are delayed, at what point is that happening – and why?"

They first analysed data from the Ministry of Justice’s case management system database which is used to record data on all New Zealand cases. Researchers then went through a random sample of 200 paper files and made a précis of each to get a sense of what was going on. Their analysis focused on general proceedings which include leaky buildings, earthquakes, trust litigation and contract disputes.

The third, qualitative phase involved focus groups with lawyers who practise in the High Court, as well as interviews with judges and court staff. They also managed to speak to a small number of litigants as case studies.

Toy-Cronin says the interviews with the litigants illustrated the differences between litigant expectations and the way the civil justice system functions.

"One litigant, for example, felt his case had been very delayed and should have proceeded much more quickly. When we looked at the court file, it was 43 days from the time it was filed until the time it was disposed of."

While many would see that as a reasonable length of time, Toy-Cronin says they realised he was counting his case from the time of the event that triggered it, until the time it was wrapped up.

"This particular case had to be dealt with in the High Court and the Family Court simultaneously. The litigant had merged those two proceedings together and considered it delayed. But it came in under a year all up, which the other participants in the study would still consider reasonable."

Toy-Cronin says the concept of how long a case should take is very much up for grabs, depending on your perspective on the court’s purpose.

"Of course, the court’s perspective is that they have a really import role in upholding the rule of law and applying the law accurately - and that takes time. Just pushing something through and being very efficient might satisfy the interests of one litigant, but it might do a great injustice to someone else.

"There are questions around the balance being struck and to what extent do you want to trade efficiency off against accuracy, because they do tend, to an extent, to be directly in conflict. The more time you put into something, the more likely you are to get accurate results, but you also drive up costs and psychological harm."

The general consensus with judges, lawyers and court staff was that 12-24 months is a reasonable time for a general proceeding to take. The study found most cases took approximately 13 months to conclude and only 18 per cent of cases are longer than 24 months. Some cases, however, took up to four years.

"While 12 months is the gold standard to get a case through and 60 per cent of cases in our sample were disposed of in that time, there is still a tail of cases which are longer than people would reasonably expect.

"So the question then becomes – is that a necessary period of time to make sure that the case is accurately determined or is something going on here which could be fixed?"

Toy-Cronin says the High Court has already made changes in the last few years, including setting earlier court dates, to encourage parties to settle earlier or, if not, get to a trial faster.

12-24 months is considered a reasonable time for civil proceedings to be completed.

12 months is the gold standard.

"A trial date sharpens both the parties' and the lawyers' focus on the case. When that date is looming, people start thinking carefully about whether they want to go to trial or if they would be better settling."

The report into the research is to be released after it has been reviewed by a High Court judge and the Ministry of Justice.

The Legal Issues Centre is now going to examine how lawyers prepare witness evidence for the High Court and whether there are more efficient ways of doing it. Further projects are also planned to investigate how lay people interact with the civil justice system.