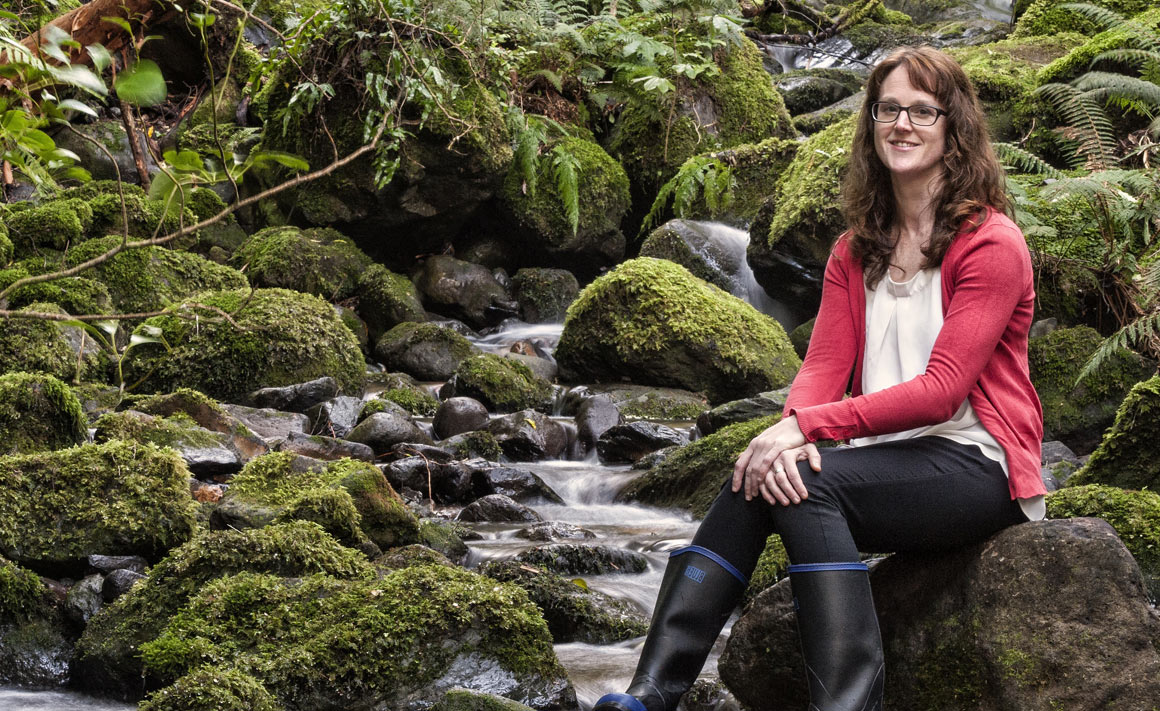 Smart catalytic conversion technologies are being used to find better ways of improving the quality of water affected by nitrate pollution.

Dr Anna Garden (Chemistry) is leading a research project that seeks a quicker and safer way of removing nitrate from waterways. Garden says that nitrate pollution of New Zealand’s waterways has become a serious problem over recent decades, due to agricultural intensification and associated overuse of nitrogen-based fertilisers such as ammonium nitrate and urea.

“We are putting so much nitrogen-based fertiliser onto our land these days, as well as increasing the density of stock. The nitrogen in the fertiliser and the nitrogen-rich stock effluent leach off them and turn into nitrate in the waterways, which causes algal blooms, leading to oxygen depletion in rivers and lakes, and loss of biodiversity.”

She notes that there are also risks to human health from nitrate in drinking water.

Garden says that, with the persistent intensification of agriculture and the ever-increasing demand for clean water, an environmentally friendly method for removing nitrate is urgently required.

She describes as impractical current ways of removing nitrate from water – such as using bacteria or filters – because they are too slow, too energy intensive, or have unwanted side effects. She says that smart catalytic conversion technologies are needed to speed up the process and reduce the high energy required, which is where her three-year research project kicks in.

A supercomputer and advanced computational technique are helping Garden’s team find new nanoparticle catalysts that can convert harmful nitrate into harmless nitrogen quickly, efficiently and without generating harmful by-products such as ammonia.

The research team is using computer technology to identify the best nanoparticle catalysts, because the number of possible materials from which to design a catalyst is almost limitless, and using traditional laboratory experiments would take far too long and would be far too imprecise. She says that computer technology also helps to better understand the processes involved.

Garden envisages the research eventually leading to nitrate-polluted water from a farm flowing over the catalyst, powered by renewable electricity. She says that the nitrate molecules would bind to the nanoparticles and be converted into nitrogen, before the denitrified water safely entered a waterway.

Garden is working with Otago PhD student Caitlin Casey-Stevens, with assistance from Otago honours student Mingrui Yang, and in collaboration with Associate Professor Egill Skúlason from the University of Iceland, where Garden, an Otago graduate, was a postdoctoral research fellow and a member of Skúlason’s research group.