How to mend a broken heart? 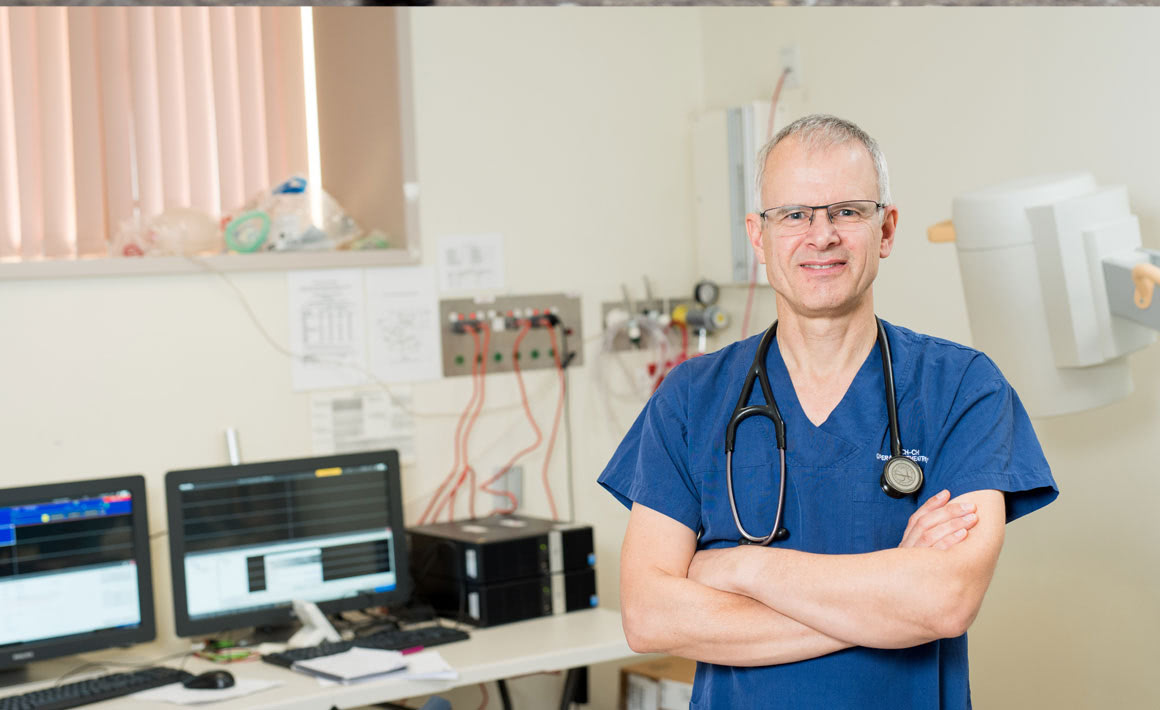 Dr Paul Bridgman: His clinical experiences following the Canterbury earthquakes have led to his becoming one of the world’s foremost researchers of a little understood cardiac condition.

The Canterbury earthquakes have provided a unique insight into the rare condition known as broken heart syndrome.

When the magnitude 7.1 earthquake hit Canterbury in the early hours of 4 September 2010, cardiologist Dr Paul Bridgman huddled with his young son underneath a doorframe.

“During that first quake there was a moment when I thought that my boy and I would die.’’ Bridgman recalls. “Our house was close to the quake epicentre and when it hit it felt like everything, literally and figuratively, was turned upside down. The laws of gravity were gone and we didn’t know what was going to happen next. It was like the alien space ship was beaming us up.”

Bridgman is an acute cardiologist and senior lecturer at the University of Otago’s Christchurch campus. Following the early morning quake, he ensured his family was safe then headed into work at Christchurch Hospital. There he experienced a phenomenon that has led to his becoming one of the world’s foremost researchers of a little understood cardiac condition.

In the days and weeks following the September quake, record numbers of patients arrived at the hospital suffering from broken heart syndrome. Also known as stress cardiomyopathy, it is a relatively rare and sometimes fatal condition that mimics symptoms of a heart attack. Researchers have traditionally found it difficult to study the condition because its rarity means patients are usually spread far and wide.

That September and subsequent major earthquakes in Canterbury and Kaikoura created a uniquely large and co-located group of people for Bridgman and his colleagues to study.

The condition is thought to have genetic origins and happens following stressful life events, so Bridgman teamed up with University of Otago geneticist Professor Martin Kennedy and psychiatrist Dr Cameron Lacey. Medical student George Watson also played a key role by carrying out research projects in his holidays as part of the University’s Summer Studentship programme.

While they haven’t uncovered the cause of broken heart syndrome, the team has made significant discoveries.

By studying the medical records of broken-heart-syndrome patients admitted to Christchurch Hospital following the earthquakes, the researchers were able to identify the time frame when patients are most likely to die from the condition. They found while patients felt worst on the first day the syndrome hits, they were more likely to die on the following two days. This finding has already impacted on the way clinicians treat patients with the syndrome.

While they haven’t uncovered the cause of broken heart syndrome, the team has made significant discoveries.

In their second major study, the researchers put people diagnosed with the condition under stress (while supervised by a psychiatrist) to see how their hearts reacted compared to those without broken heart syndrome. They found no significant differences.

Bridgman says the study is nonetheless important because it offers some reassurance to the patients by showing that you “can get over a broken heart”.