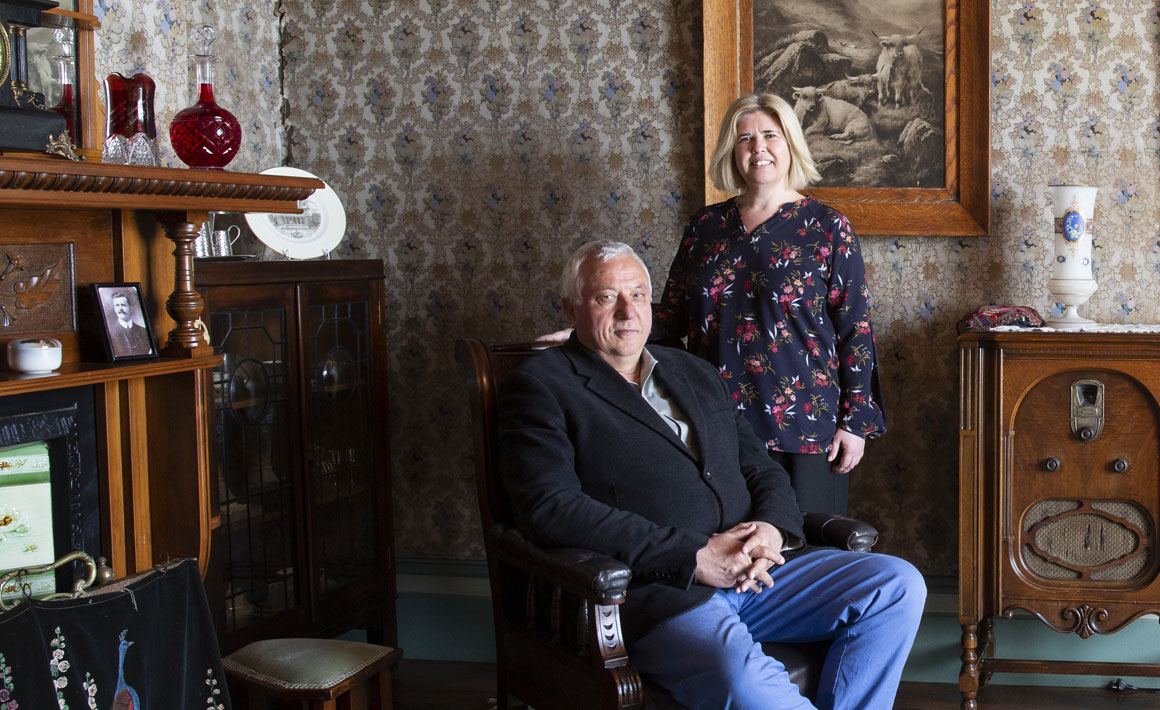 Professor Lachy Paterson and Associate Professor Angela Wanhalla: “We hope that our project might reveal the extent to which participation in organisations in support of the war effort at home informed political organising to attain self-determination in the 1950s and beyond.”

By March 1943, 29,000 Māori  – or one third of the Māori  population – were contributing to World War II, many of them civilians. A new study will provide the first sustained examination of the Māori home front from the perspectives of women, young people, whānau and communities who experienced the war at home.

The annals of the 28th Māori  Battalion during World War II are well documented. Earning a reputation as a formidable fighting force – and the most decorated New Zealand battalion during the war – the soldier experience has a place in history, while those Māori mobilising at home is a story yet to be told.

That is, until now. Te Hau Kāinga: Histories and legacies of the Māori home front, 1939-45 will explore the contribution everyday Māori made for wartime needs, including patriotic efforts (such as fundraising and food parcels), food production, participation in wartime labour requirements and the home guard, as well as the contribution to Māori political and economic post-war aspirations.

“Nearly 16,000 Māori enlisted for overseas service and around 3,600 served. By March 1943, 29,000 Māori, or one-third of the population, were contributing to the war effort, many of them civilians,” Wanhalla says.

“This is an immense contribution at a time when the population of around 90,000 was 85 per cent rural and a largely youthful demographic. There has been a lot of wonderful scholarship, especially recently, that has explored the Māori soldier experience overseas, and also addressed the importance of the Second World War in laying the foundations for post-war Māori urbanisation, economic participation, as well as shifts in government policies.

“Historians regularly remark on the importance of the war in these post-war shifts, but they often tell that story from 1945.”

“There has been a lot of great work that has been done on the home front more generally, but not specifically on the Māori home front, in particular the lives of ordinary Māori men and women.”

The new study, however, focuses on the years during the war and its effect on the years that followed. As part of the multidisciplinary study, a postdoctoral fellow will explore transitions in education policy and vocational training directed at Māori that sought to plan for the post-war labour market, while six summer scholarships for Māori students will look into a unique aspect of the project in relation to each student’s own whānau.

“For Māori political leaders at the time, participation in the war effort was regarded as the ‘price of citizenship’, and the basis upon which to claim equality of treatment in social, political and economic life in the post-war decades,” Wanhalla says. “We hope that our project might reveal the extent to which participation in organisations in support of the war effort at home informed political organising to attain self-determination in the 1950s and beyond.”

A dedicated project website and blog will be used to update the community with stories from the research and gather possible interviewees, and the project team also plans to produce a monograph, exhibition and book (accessible to a far broader audience) on the research findings. They will also host a research symposium in the final year of the project on indigenous home fronts – an opportunity to place the New Zealand experience in a global context.

“People are very interested in the Second World War because of its scale,” Paterson says.

“There has been a lot of great work that has been done on the home front more generally, but not specifically on the Māori home front, in particular the lives of ordinary Māori men and women. We’ll also explore the implications of the war on tikanga and normal ways of life and the challenges facing them after the conflict ended.”

With such a vast topic, the researchers say the challenge will be in choosing which areas to focus on and locating sources that bring to light the experiences of ordinary people.

“We are hoping that oral history collections, and conducting oral histories ourselves, will help,” Wanhalla adds.

Next:
The Māori home front: an untold story