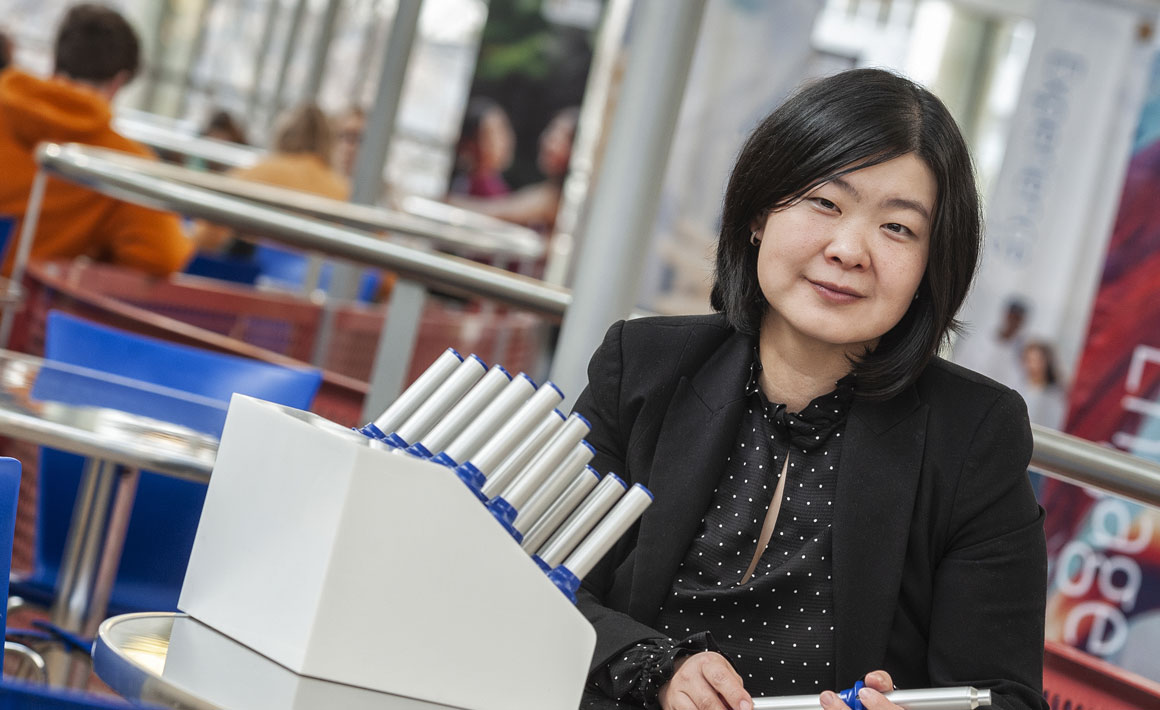 Dr Mei Peng: “The findings so far show consistent reductions in smell ability, but at different proportions in different populations.”

Dr Mei Peng has joined an international group of researchers looking at smell and taste as early warning signs of COVID-19 infection.

While a cough and a high temperature are the most common symptoms of COVID-19, Food Science senior lecturer Dr Mei Peng reports that loss of smell and taste are also key early warning signs that shouldn’t be ignored.

The international team of 550 researchers from 35 countries has revealed that sudden loss of smell and taste can often be the first symptoms of the virus.

Peng, who specialises in olfactory senses, joined the consortium in early March.

Without resources or time to work on the mechanism causing the symptoms, the group is gathering standardised observational data about how and when the sensory changes happen, and the patterns in different places. A detailed questionnaire is used to gather extensive data about sensory changes in smell or taste ability.

“It’s very exciting,” she says. “It’s amazing how quickly the team came together and the survey began. Within one month we received over 40,000 patient responses, and more than 45,000 in three months. It’s definitely the largest and fastest moving international collaboration I’ve been part of.

“The findings so far show consistent reductions in smell ability, but at different proportions in different populations.

“In Germany, for example, reports indicate that two out of three patients experienced these changes, whereas in South Korea the proportion is closer to one third.”

In addition to the worldwide study, Peng and Massey University’s Professor Joanne Hort have launched a New Zealand-based study.

“We want to use it as an early warning sign for self-screening – it's become clear that COVID-19 has a long incubation period and during this time the virus could spread to other people, so the earlier we detect infections, the earlier we could help to control it.”

The New Zealand study also asks questions around ethnicity and BMI as Peng and her team is interested in how these two factors impact smell.

“I’m interested in whether these sensory shifts have any relationship with ethnicity and obesity. Part of my ongoing research is looking into obesity and olfaction.”

So far, tens of thousands of patients worldwide have taken part in the study, and more than 50 have contributed to the New Zealand questionnaire.

“It’s still very early days, but so far a pattern we’ve seen is that a loss of smell seems to affect the younger group more. In many such cases, this was the only symptom reported.

“We were pleased that the Ministry of Health followed our suggestion to add loss of smell and taste to the case definition of COVID-19. It’s an ongoing piece of work and we’re looking forward to learning more as results come through.”