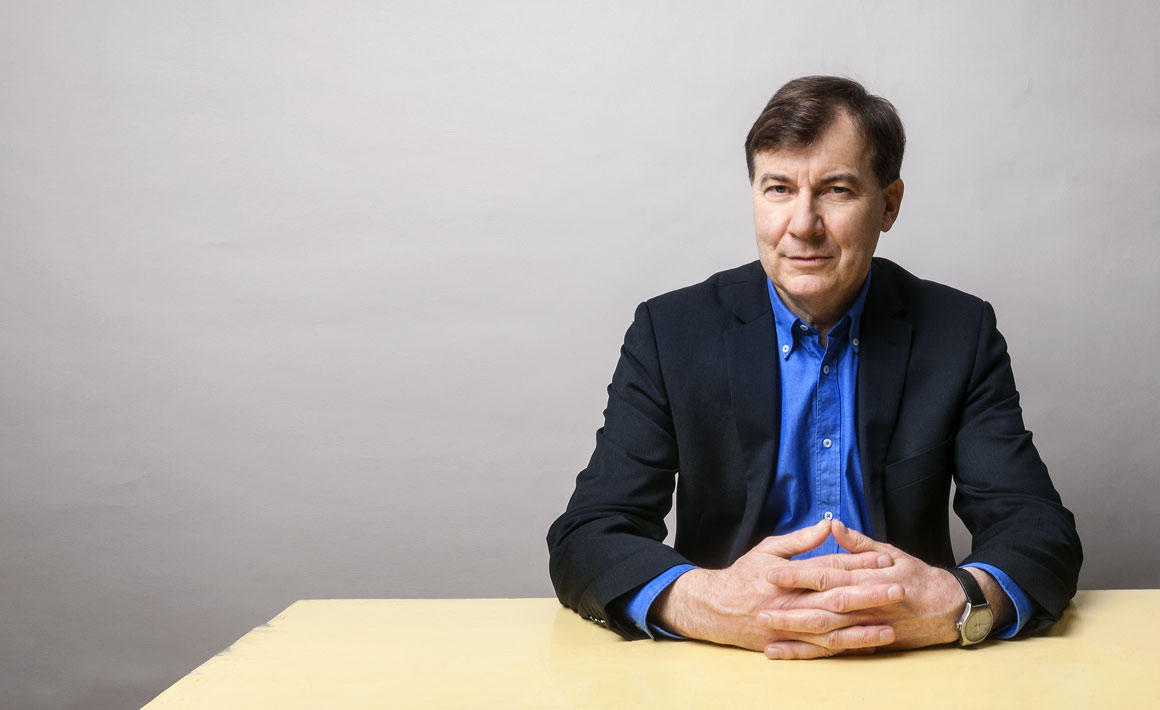 Professor Robert Patman: “COVID-19 is a disruptive event which I think will redefine the new ‘normal’ in what is a prolonged international transition.”

The perils of populism have been exposed by the COVID-19 pandemic, argues Professor Robert Patman, however there are opportunities for positive diplomatic consequences in the long term.

The yawning gulf between a country whose leader advocates both the ingestion of bleach and the liberal application of denial as a virus cure, and one whose citizens print the face of their Director-General of Health on t-shirts, tote bags and hand towels, has been keeping Professor Robert Patman (Politics) extremely news-glued. The COVID-19 crisis has made his usual research patch – that of international relations, US foreign policy and global security – a more monstrously fertile area of study.

A pessimist by training and an optimist by nature, Patman is critical of the evident floundering and arrogance that has hindered a united international response to this virus while also staying resolutely cup-half-full on the COVID-harried future: “Obviously this pandemic has been a real shock and is going to have severe economic consequences, but it might have some positive diplomatic consequences in the long run.”

When asked what has surprised him most in this woeful COVID-19 narrative, he takes aim at his country of birth. “I’ve been shocked at the poor performance of the UK government – it beggars belief. Boris Johnson is another Trump-like figure – he’s populist, he went to Eton, he’s been promoted way above his capabilities. His government had this absurd herd immunity theory, which lacks clinical credibility, and they were warned by the World Health Organization and public health-care professionals, but they persisted with it.”

The perils of populism have never been more apparent, says Patman. “The response of states to the COVID-19 pandemic has highlighted a clear fault line in global politics. Some of the highest death rates are found in states with populist governments such as the US, the UK and Brazil. All those countries have suffered through the sheer incompetence of their leaders.”

By ignoring warnings from the WHO, these leaders failed their people. “They did not listen carefully to the public concerns of health-care experts and continued to emphasise a sense of national superiority. They were all painfully slow to react to the threat of this virus and, as a result, they have experienced much higher death tolls. That is not going to be easily forgiven or forgotten in any of those countries.”

New Zealand, thankfully, sits on the brighter side of the global ledger alongside the likes of  Germany, Taiwan, South Korea and Singapore, he says. “They’ve done really well. New Zealand takes international institutions very seriously and our government has listened carefully to our scientific and health-care communities. It’s also been prepared, consistently, to learn from the positive experience of others.” The fact that expert voices like those of Professor Michael Baker (Public Health, University of Otago) and Dr Ashley Bloomfield (Director-General of Health) have become so familiar and valued throughout this crisis speaks volumes about the New Zealand government’s consultative, science-leaning approach.

Prime Minister Jacinda Ardern’s leadership style throughout this crisis – marked by compassion, firmness and resolve – has received much praise internationally and drawn the world’s gaze to a relatively small state with an enhanced reputation. It has also prompted a surge of new interest in a book Patman co-edited with colleagues Iati Iati and Balazs Kiglics, titled New Zealand and the World: Past, Present and Future (World Scientific: 2018).

“New Zealand has won a lot of admiration for how it responded to both the terror atrocity in Christchurch and the COVID-19 crisis. I’d like to see us build on that,” Patman says. ”If we speak our voice internationally, we can build coalitions with countries that agree with us. We should be working with countries that we share liberal democratic values with like Canada, Australia, the EU countries and Scandinavia.”

“The key lesson of COVID-19 is that effective leadership must be informed, above all, by science and the realities of interdependence within and across the borders of nations.”

More Arderns and fewer Trumps would help an ailing global health infrastructure, he says. “At the moment we have a dysfunctional international institution called the United Nations Security Council which is technically responsible for maintaining global peace and security. There are five countries (the US, China, Russia, the UK and France) that can veto anything they don’t like. But the world doesn’t consist of five powers – it consists of 193 UN members. The UN is only as strong or as weak as sovereign states allow it to be.”

The bitter point-scoring feud between the two most powerful countries, China and the US, further wobbles potential for a cohesive international response to this crisis: “If it wasn’t tragic it’d be funny. It’s the stuff of Fawlty Towers in the sense that you’ve got two superpowers – neither of whom can control this global pandemic – blaming each other for it. It’s absurd.”

Some commentators believe that the emerging post-pandemic world order will be characterised by a surge in nationalism (and, therein, intense geopolitical competition) at the expense of globalisation. Patman subscribes to the opposing view. “COVID-19 has been a stark reality check. It’s demonstrated how fragile we are and highlighted the role of interdependence, both within our society and across boundaries. COVID-19 is a disruptive event which I think will redefine the new ‘normal’ in what is a prolonged international transition. Sovereign states have to stop thinking they can solve transboundary challenges by themselves. They can’t. That game is over.”

Patman, who holds one of Otago’s inaugural Sesquicentennial Distinguished Chairs, hopes that the silver lining of this COVID-19 cloud might be a greater sense of urgency and resolve around tackling that other global crisis: climate change. “This pandemic has reminded us of common threats in the world which do not make distinctions between countries. Climate change is unfolding more slowly than COVID-19, but it will have greater consequences.”

He hopes the pause that the coronavirus has forced on us might help shift the energy paradigm. “The price of oil has fallen dramatically and it’s easier to consider changes to the energy system from a virtual standstill. It’s very difficult to make changes, but it’s even more difficult not to. Whoever makes the breakthrough on clean energy will be extremely well-placed in the 21st century.”

Swifter action on climate change will depend, to a large extent, on how we respond to the pandemic’s sober teachings, says Patman. “The key lesson of COVID-19 is that effective leadership must be informed, above all, by science and the realities of interdependence within and across the borders of nations.”

Someone ought to print that on the world’s hand towels.

Next:
Bioethics of a pandemic