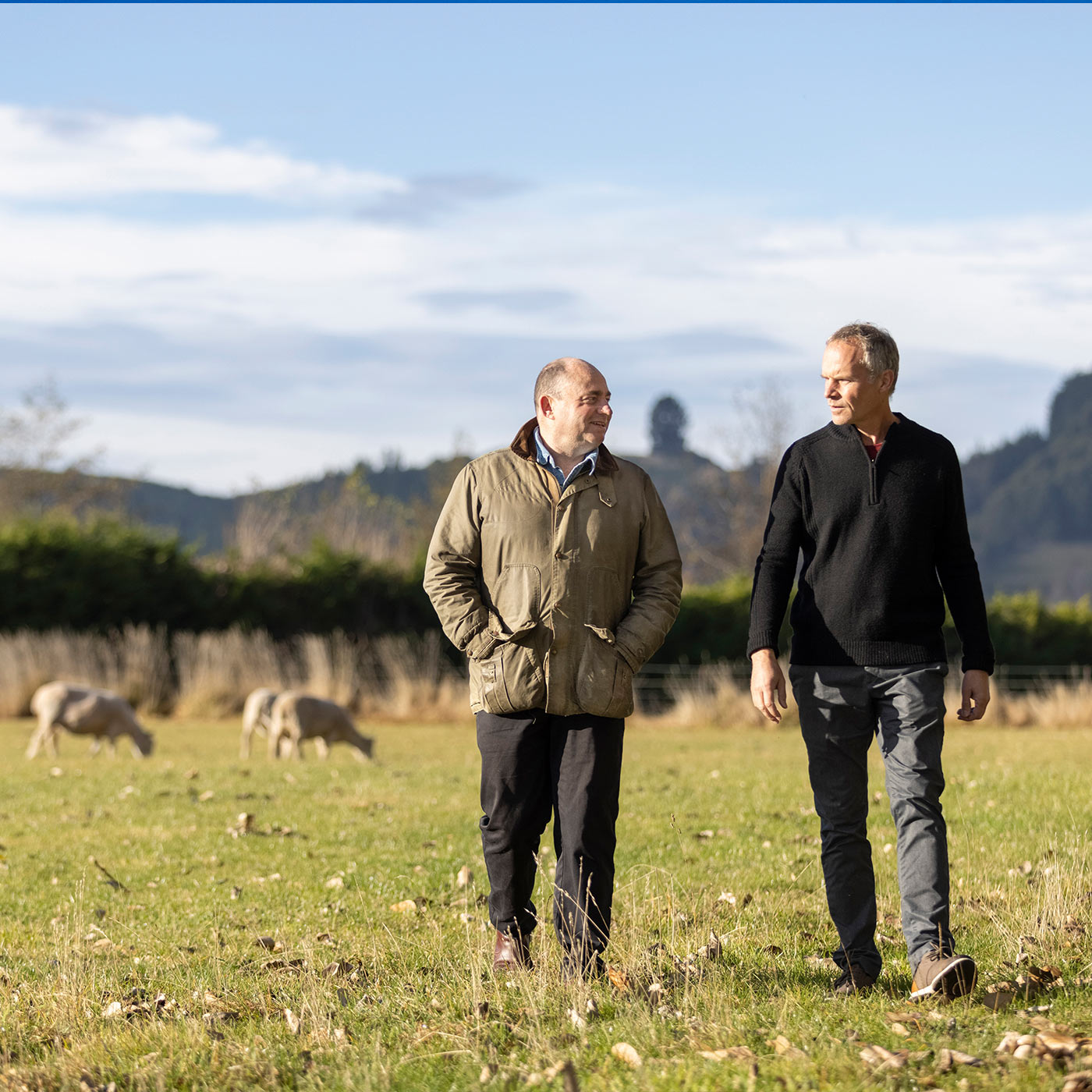 Pharmaceutical coating technologies are being developed to provide innovative and more efficient solutions for agriculture.

From pharmaceutics to farming may seem a bit of a leap, but for former Otago School of Pharmacy classmates Professor Craig Bunt and Associate Professor Greg Walker, it is simply a logical step in their research.

Bunt, who has returned to Otago as the inaugural Professor of Otago’s Agricultural Innovation programme, and Associate Professor Walker, the Head of the Bayer Centre for Dairy Animal Health / Pharmaceutical Science and Product Innovations, are using MBIE Smart Ideas funding to apply their knowledge of pharmaceutic coating technologies to agricultural seeds and fertilisers.

“Typically, we might coat a tablet with a polymer to delay or sustain the release, but these are generally solid films or barriers that are sprayed on,” explains Walker. “The real limitation is being able to apply it to the sort of scale needed for agriculture.”

He says there is a definite cross-over between human medicine and agriculture.

“We could potentially, down the track, learn from what we’re doing in agriculture and this new technology, and apply it the other way.”

Bunt says conventional fertiliser and seed coatings have changed very little since the 1960s or ’70s.

“These coatings work very well for what they’re needed, such as slowing the release of something like fertiliser, but they’re not particularly robust. If there’s something wrong with the coating the whole granule fails.”

While that has not been an issue in the past, Bunt says current concerns about climate change mean there is a need for greater precision.

“Deliver less and in the right amounts, at the right time, to the right place.”

One of their aims is to have a coating to stop the fertiliser releasing straight away.

“Sometimes you might want absolutely nothing and then a sudden burst release at a key plant growth phase. Again, it’s about getting the right amount at the right time.”

It would allow farmers to sow in late winter, when the ground is firmer, ready for spring rains.

The research group has had support and input from Ravensdown Fertiliser, as well as the Foundation for Arable Research. Their aim is to develop proof of concepts on a reasonable scale that industry could then develop for manufacturing.

Bunt says his return to Otago is timely because the project is entering a phase where the University’s involvement will be even greater due to its wide-ranging research capabilities across many departments.

“If we were to pigeonhole ourselves to just being a pharmaceutical scientist or an agricultural formulation scientist, we would miss a lot of the other opportunities, capabilities and technologies from other fields.”

“Whether I deliver aspirin to you or fertiliser to a paddock, the science is still the same. You’ve got to get the right amount, to the right place, at the right time.”

Associate Professor Greg Walker and Professor Craig Bunt: “If we were to pigeonhole ourselves to just being a pharmaceutical scientist or an agricultural formulation scientist, we would miss a lot of the other opportunities, capabilities and technologies from other fields.”

Next:
Towards a greener transport future