During World War II several thousand mixed-race babies were born to Pacific women and US servicemen serving in the region. Little has been known of these “children” and their stories – until now. 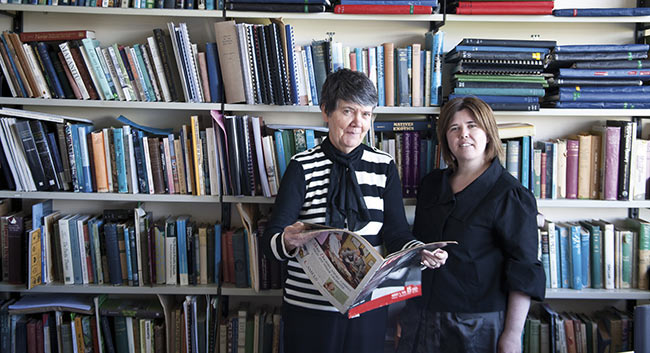 Academic endeavour rarely has such personal impact. Otago researchers, uncovering the stories of Pacific women and their babies born to US servicemen during World War II, are changing lives. They are reuniting families, recording personal histories and providing countless now-grown “children” with the resources to undertake their own journey of personal and family discovery.

This work, led by Professor Judy Bennett (History), is also attracting national and international media attention. To date, one television documentary has screened, following Cook Islands-born Arthur Berens as he travelled to Michigan to meet his half-sisters. A book, Mothers’ Darlings: Children of Indigenous Women and World War Two American Servicemen in New Zealand and South Pacific Societies, is nearing completion and a second documentary may be shown on New Zealand television in early 2013.

Between 1942 and 1945, some two million US servicemen were posted to the South Pacific and, for four years, these young men mingled with communities across New Zealand, Samoa, Tonga, Fiji, New Hebrides (Vanuatu), the Gilbert Islands (Kiribati) and Western Solomons.

These were war years and, Bennett suggests, the normal rules of life were less rigid – “who knew what tomorrow might bring”. The soldiers were handsome young men on an adventure and, naturally, very interesting to the local women. The result was almost inevitable: several thousand mixed-race babies were born to local women throughout the Pacific. However, the decades that followed rendered the Pacific war babies’ stories largely silent.

“Histories of the war in the Pacific focused on military strategy, great battles and men, diplomacy and economic issues,” comments Bennett. “Women’s experiences are rarely mentioned and the lives of the children who were born as a result of the American intervention have been totally ignored.”

Yet these children were conceived in unique circumstances and their lives were shaped because of it. They were “half-castes”, born out of wedlock to mothers who would cope in varying degrees with their situations. Few would ever know who their fathers were.

During earlier work looking at the environmental impact of war in the Pacific, Bennett had begun to hear stories about the “pale children” who had been born. Conscious that time was running out, she and colleagues Dr Angela Wanhalla (History) and Associate Professor Jacqui Leckie (Anthropology) have been following these stories across the Pacific for the past three years. The “children” are now mature and the few mothers who are still here to talk about their wartime relationships are now old, in their 90s. Another decade and these stories would have been lost forever.

While the stories they have heard have been as diverse as the people telling them, particular themes resonate throughout their research, says Bennett. “Concepts of fatherhood, social constraints in island life – and silences.”

While many children grew up aware of their parentage, some had no idea. That so many children were born to unmarried mothers within quite conservative societies did create some complications and shame, she acknowledges. Some communities accommodated the circumstances more readily than others. Most children were well looked after, but there have also been painful stories – some of attempted abortions and suicides.

The American families have their own stories. Many never suspected that there was a half-sibling in the Pacific. In other cases, it had been an “open secret” – people have known, but no one spoke of it.

This work, says Bennett, has been extraordinarily rewarding. The research team has been directly responsible for reuniting three Pacific families with their American relatives, one of whom had grown up in the United States with his father. They have helped gather information for many others, leaving it up to them to make contact with relatives if they wish, and they have spoken to countless more who have simply wanted to tell their stories.

Their work has led to the reuniting of families and the recording of countless other stories.

While Bennett has been focusing on war babies of the Pacific, Leckie has been working with Dr Alumita Durutalo from the University of the South Pacific in Fiji. During her field trips Leckie has met a number of these “children” and their descendants. Some had been brought up by their mothers, she says, and others by members of their extended families. A few have been reunited with their American families but, for all, it has been important for them to tell their stories – “to know that they are not alone in this experience”.

Wanhalla has concentrated on the experiences of Mäori women and their half-American children, who have had widely varied experiences. Some, Wanhalla explains, were raised by their mothers and whänau, some were adopted and others were placed into institutional or foster care. Those in the later groups have had no relationship with either of their parents.

“For them, the process of reconnecting with their families is two-pronged – reuniting with both their birth mother and their birth father. It is very emotional: for some there is a real sense of anger and abandonment and, for many, a need to reconnect with and understand their Mäori culture.”

A documentary, possibly to be screened on New Zealand television in early 2013, tells three of these stories, including that of Mike who was one of triplets born to a Mäori woman and a US serviceman during the war. He and his siblings were placed into care at the age of nine and raised by a Mäori couple in the Bay of Plenty. The documentary recounts Mike’s journey as he was reunited with his birth mother while in his early 20s and, years later, with his birth father in the US.

“This story shows how research can have a very personal meaning,” says Wanhalla.

With the project nearing its end, emails are still coming in from people wanting advice about finding their families, Bennett says, many from the grandchildren of these relationships who are enormously proud of their parents and grandparents and want to find out more.

While they continue to provide help where they can – if there is an easily traceable name, for example – most are now referred to a resource website that has been set up: