Capping Show theme expected to be a hit 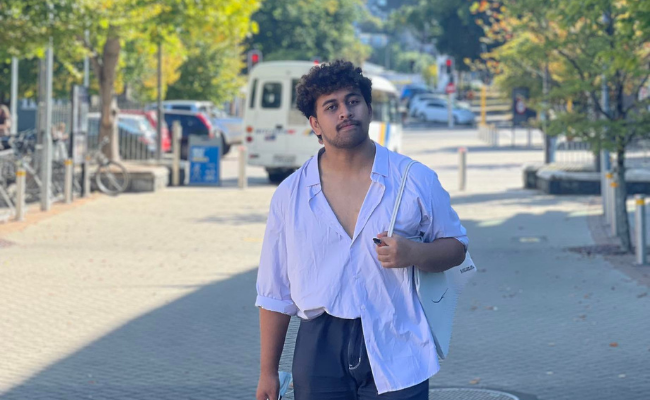 Theatre student David Tuitama is one of this year's Capping Show directors and says this year's theme is bound to make people laugh.

It may be the longest running student revue in the world, but the creators of Otago University’s Capping Show are not running out of ideas yet.

This year they came up with hundreds of themes before narrowing them down to one, and while they promise it is hilarious, they aren’t quite ready to give away what it is just yet.

One of the show’s student directors, performing arts student David Tuitama, says the theme will interest many.

“I don’t think I’ve ever read a script and just laughed. It’s really funny,” David says. “This is my first time directing the show, but I’ve acted in it for the past two years.”

They initially came up with around 200 different themes and narrowed it down to just three, from which the writers chose the theme they could draft a script from.

Themes are typically hot topics of importance to students, and can cover anything from politics to pop culture.

“While I can’t give away what the theme is I can say it’s super relevant to University and Dunedin culture while being super iconic,” David says.

The comedy show is a 128-year-old tradition which attracts a large student audience each year and this year will be no different.

Auditions for Capping Show are coming up at the end of the July and David says a lot of people ask what the team are looking for.

“I can’t wait to see all the new faces and these auditions are about having fun. We are looking for people with the right attitude – willing to give everything a go, ready to put themselves out there and trusting that the team aren’t judging you. We are here to have fun.”

The Capping Show will be staged at the Teachers College auditorium in October this year.

“I just love Capping Show with my whole being. If you want some experience at university that will shape you as a person, Capping Show is it,” says David.