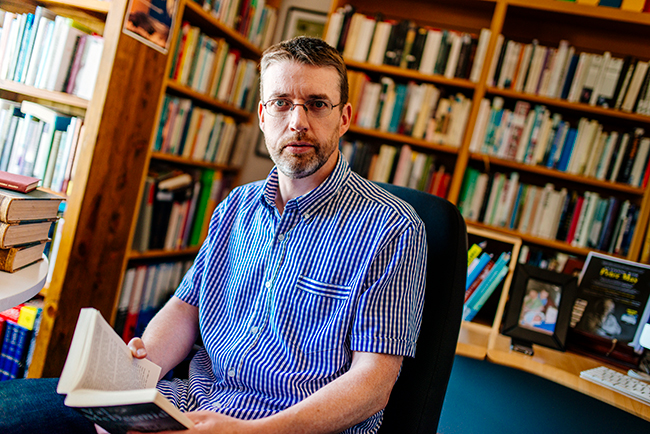 Two years after the award for the best Scottish crime novel was renamed in honour of the “godfather of tartan noir” William McIlvanney, his son – fellow crime writer and University of Otago Stuart Chair in Scottish Studies – Professor Liam McIlvanney (above) has landed the prize for his book "The Quaker".

“The Quaker” is set in Glasgow and explores the real-life Bible John murders of the late 1960s. Although based on real events, Professor McIlvanney says he fictionalised various elements of the story – and created the main character Detective Inspector McCormack – because the unsolved crimes are still a “source of hurt” for the victims’ family members. 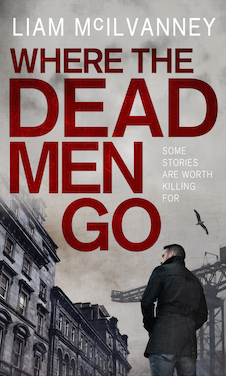 He is currently on study leave overseas, but took time out after last week’s win to discuss the award, his work, and the overlap between writing and research in the ‘tartan noir’ genre.

What does winning the award mean to you?

The book took five years to write, so the award is a welcome validation of all that work. And of course it’s gratifying to be acknowledged in my homeland, despite having lived in New Zealand for almost a decade.

One of the judges talked about the characters in the “The Quaker” as being “refreshing and surprising”, where did the inspiration for these protagonists come from?

The book is based on the real-life Bible John murders that took place in Glasgow in 1969, though I have changed names and dates and taken other liberties with the facts. My protagonist, DI Duncan McCormack, is a bit of an outsider in the City of Glasgow Police, being both Catholic and gay. His sexuality doesn’t completely define McCormack’s character, but it does create a useful dramatic tension: on the one hand McCormack’s job is to uphold the law; on the other hand he is breaking the law simply by virtue of who he is and who he loves.

Does the award have extra significance because it is named to recognise your father’s contribution to the genre?

It was a very special and emotional occasion, and quite close to home. In some ways, modern Scottish crime fiction begins with the publication of my father’s novel Laidlaw in 1977. This is a novel that was written in our front room, which my sister and I were forbidden to enter while our old man was writing. I remember sitting at our kitchen table as a young boy, drawing alternative covers to Laidlaw. So from that point of view, it’s very gratifying to receive an award that in some ways has its origins in our old family home at 25 Ellis Street, Kilmarnock.

What are some key things from your own work that you integrate into your research and teaching? Or, put another way, how does your academic work inform your literary work?

It’s a symbiotic process. Theory and practice illuminate each other. My experience of writing novels gives me an idea of what’s going on under the bonnet (as it were) of the novels I study as an academic. Equally, the insights I glean from the academic study of, for instance, story structure can be applied quite directly in the writing of novels. Being a creative writer, I suppose I’m more interested in questions of technique (point of view, dialogue, turning points and so forth) than in more abstract questions of theme.

What are some future topics or themes you’d like to cover?

I’m writing a sequel to The Quaker at the moment. And indeed it looks as though The Quaker will be the first in a whole series of books featuring DI Duncan McCormack, telling the story of McCormack’s major investigations and at the same time chronicling something of the social history of the West of Scotland from the late 1960s to the early 1990s.

Why do you think ‘tartan noir’ has emerged as such a strong, and popular tradition?

Partly it’s a question of fashion: there’s a vogue for Tartan Noir at the moment, just as there has been a vogue for Scandi Noir. But it’s also a question of strength in depth. Scotland has a tremendously varied and vigorous crime writing scene.

This, in turn, may reflect the very long tradition of crime writing in Scotland. Writers like Robert Louis Stevenson and Conan Doyle were important pioneers of the crime genre, but go even further back and there are elements of crime fiction in the novels and stories of Walter Scott and the ‘gothic’ fiction of James Hogg. Throughout the twentieth-century, writers like John Buchan, Josephine Tey, Ian Fleming and Muriel Spark have taken the genre in fascinating new directions, while Val McDermid and Ian Rankin and Denise Mina have been delivering book after book of exceptional crime fiction since the 1980s and 1990s. All of this means that the Scottish crime writers of the twenty-first century have an enormously rich heritage to draw on.