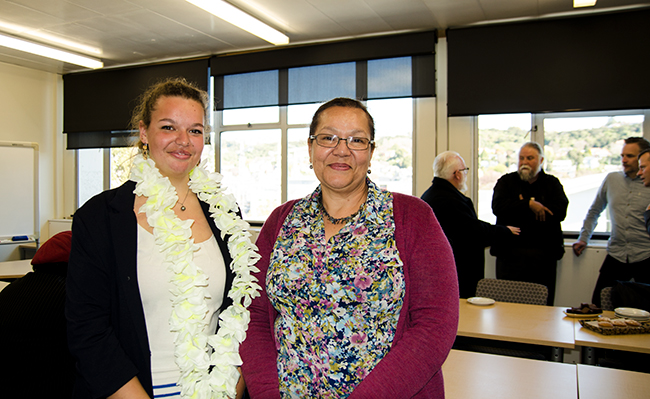 Lydie Leurquin with her mother Dr Christiane Leurquin, who is a French programme teaching fellow in the Department of Languages and Cultures.

The Heilala Book Prize in Humanities was presented to second-year student Lydie Leurquin on Tuesday 25 September.

The Anthropology and Classics major said she was “truly grateful and humbled” to receive the prize, which recognises the highest-achieving Pacific woman studying 200-level Division of Humanities papers.

She acknowledged support from the Pacific Island Centre as an important factor in her enjoyment of her time at Otago.

Lydie says she is enjoying classics, and learning Greek, and her studies have added to her appreciation of the archaeology of the Pacific and New Zealand.

The Heilala Book Prize was established by the family of Dr Claire Matthewson and was awarded for the first time in 2017.

“The award was a present to me from my children for my 70th birthday because they asked ‘what’s important to mum?’. They knew I had been involved with the University of the South Pacific and had worked to support the cause of young women and feminism in the region. While the prize is a modest one I’m very pleased it recognises the splendid achievements of these wonderful students, and it might be a small item to add to their CV.”

Dr Matthewson says she chose the name “Heilala” for the award because it is evocative of the vibrant flower of the same name, which is “full of colour and fragrance, and which often appears on lay at ceremonies because it is something special.”

Dr Matthewson's career at Otago began in 1980 with a job as senior tutor in the English department. In 1984, she was appointed programme officer and the first staff member in what later became the University's sizeable distance teaching unit. She subsequently headed that unit and served as assistant director for University Extension. She retired from her role as Director of Otago’s Summer School programme in 2011. 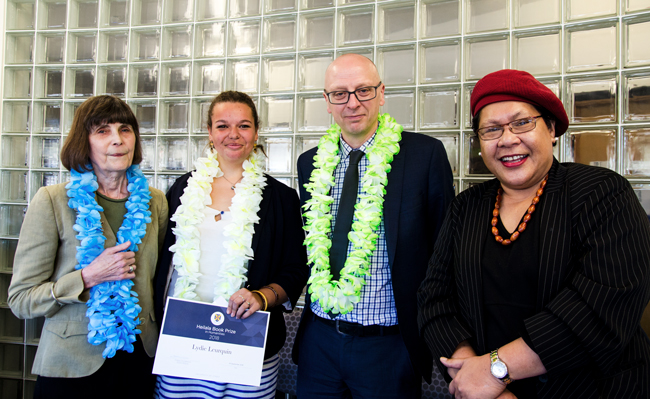