Refugee voices to be showcased at conference 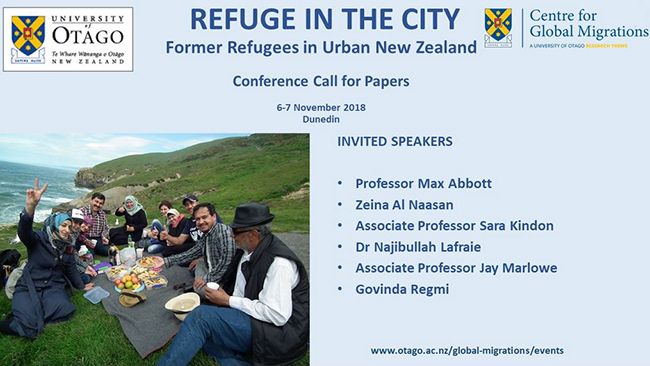 Refugees, academics, service providers and the general public will come together next month to explore the opportunities and challenges of refugee resettlement in New Zealand’s urban areas.

The Refuge in the City: Former Refugees in Urban New Zealand conference will be hosted by the University of Otago’s Centre for Global Migrations in Dunedin on November 6 and 7. 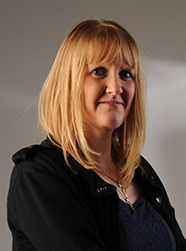 The two-day event will open with personal accounts from former refugees Dr Najibullah Lafraie (who is a former Politics lecturer), Govinda Regmi and Zeina Al Naasan, who will recount their experiences of settling in New Zealand from Afghanistan, Bhutan and Syria respectively.

“Since 2016, Dunedin has become home to approximately 500 former refugees primarily from Syria and Palestine and these newcomers continue a history of refugee resettlement to the city, including Cambodians who fled the killing fields of the 1970s.

“Having developed links and conversations with former refugees, academics and service providers, we feel it is now timely to facilitate a forum to collaboratively explore a range of critical issues connected with former refugee resettlement, with an openness to examining both the opportunities and challenges it brings.”

Among such critical issues are health and wellbeing, education, the importance of place, social support and social change, and comparisons with the past, Professor McCarthy says. 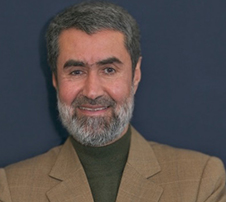 “These topics are central to former refugee resettlement not only in New Zealand but globally, and they are also themes that resonate with migrants and the New Zealand-born. Too often societies envision refugees as ‘the other’ without recognising the common causes that link so many of us.

“Ultimately, we hope the event will help inform a range of audiences about former refugee resettlement and lead to ongoing conversations and collaborative projects between town and gown.”