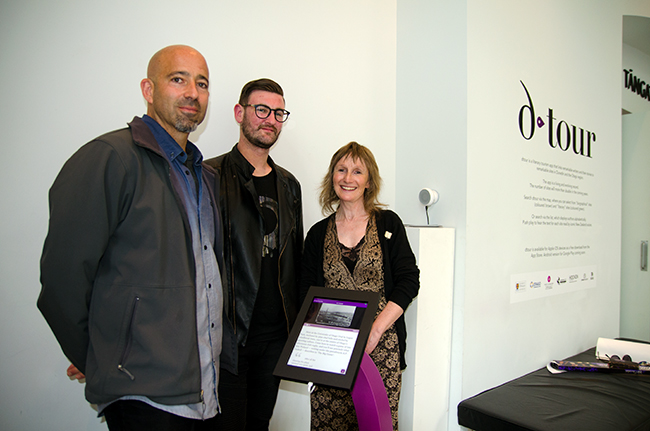 They say there’s an app for everything these days, and now there’s one that will encourage locals and visitors to explore Dunedin’s rich literary culture.

Dunedin UNESCO City of Literature has teamed up with the University of Otago’s Department of English and Linguistics to create dtour, an app that links remarkable writers and their stories to remarkable sites in Dunedin and the Otago region, with many more to follow. 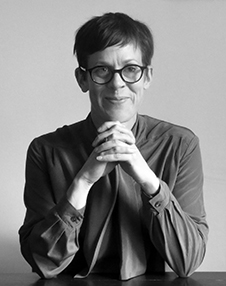 The project is directed by Dr David Ciccoricco of the University of Otago’s Department of English and Linguistics along with Lynley Edmeades, Dr David Large, and Dunedin City of Literature Director Nicky Page.

“What really sets the project apart is the original writing in the scripts. Right from the start we were really intent on doing more than simply dumping existing information that could be found anywhere online into a flashy interface. The research and storytelling that went into all this is a real point of difference,” Dr Ciccoricco says.

Its initial launch of 50 authors and sites is set for 21 December 2018, with another 50 sites already in the works for 2019. There are also plans to translate a number of sites into te reo Māori, as the app has been designed to accommodate bilingual text and audio.

Ms Page describes the app as an exciting way to celebrate our wonderful local writers, and says many more entries are planned over time.

“It represents another special collaboration for our City of Literature – I hope everyone has fun with dtour during a lovely Dunedin summer,” she says.

Users can search dtour via the map, and choose from either "biographical" sites (based on an author’s physical imprint on a place) or "literary" sites (marking an imagined imprint found in fiction or poetry). Users can also search authors from an alphabetical list.

Selecting the map pin at Lovers’ Leap on the Otago Peninsula, for example, takes users to the site for Owen Marshall, which features his poem named for that stunning geological land bridge.

In addition to the text and audio of the original scripts, each site displays images, and Marshall’s site displays archival material such as H.V. Miller’s 1968 sketch and William Anderson Taylor’s early twentieth century photograph of Lovers’ Leap. The late Reg Graham’s compelling portrait of Marshall and some contemporary photographs of that most famous vista are also on show.

In addition to the partnership between Dunedin UNESCO City of Literature and the Department of English and Linguistics, dtour marks a collaboration with local developer Grant Baxter of AppLab Ltd with support from programmer Dave Robertson and designer Michael Findlay; Hocken Collections; Otago’s Department of Music, Theatre, and Performing Arts; and the Otago Museum.

The project has received generous funding from the University of Otago, the Dunedin City Council, the Otago Community Trust, and the Dunedin Athenaeum Library.

A display and demo will be live from 21 December in the Otago Museum’s first floor Atrium.

dtour is available for Apple iOS devices as a free download from the AppStore. The Android version for Google Play is coming soon.