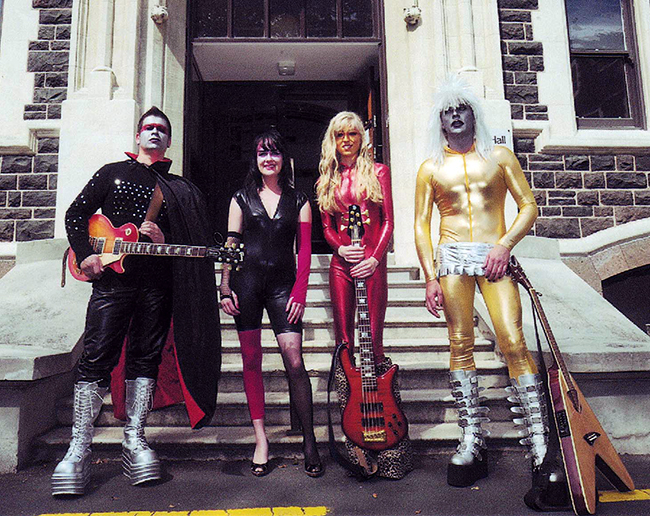 Dr Glam (aka Ian Chapman at right) outside Marama Hall before the 2009 Prelim Music Lecture with (from left) David Harrison, Rachel Trainor and Pania Simmonds

Dr Ian Chapman is an authority on David Bowie – he even modelled his recently-retired musical alter-ego Dr Glam on Ziggy Stardust – but research for his new book still led to a deeper appreciation of the late, great music icon.

“The unnecessarily obfuscating nature of much academic writing bugs the hell out of me, but this is the style of writing I relish the most. It’s popular and non-jargonistic in style so that it excludes no-one and is aimed at the broadest possible readership – but is underpinned by scholarly rigor,” he says.

Because how the performing arts can enhance our lives and empower and even heal us continues to fascinate and enthuse me, and it's therefore a natural and ongoing area of research for me that incorporates a significant component of auto ethnography. 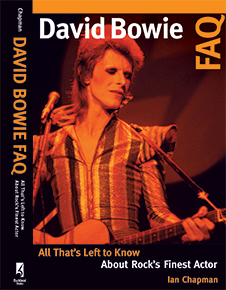 What are some things the book discusses that the casual reader, or avid fan, won’t know about Bowie that really stand out?

His deep knowledge of art history, his huge collection of art, his championing of outsider art, his own non-musical artistic endeavours in acting, painting, sculpture. Above all his standing in the arts community will surprise many. For instance, such was Bowie’s expertise that in 1994 he was invited to sit on the board of art journal Modern Painters, at times also taking on editorial and interview duties, and even writing feature articles of up to 15,000 words.

I enjoyed researching this book because . . .

I enjoyed researching this book because right from the moment the publisher contacted me and invited me to write it, I found we were on the same wavelength regarding its expansiveness.

I was given a great deal of freedom in my approach and the broad open brief took me into areas of Bowie’s endeavours I had previously not explored; it helped me understand how it was that he made such an impact on so many peoples’ lives.

The power of the arts and artists to empower, heal, and make sense of the world.

You are a David Bowie fan, if you are interested in the therapeutic power of music, and if arts interdisciplinarity is your bag.