As with a first instalment of nine animations launched in 2018, the six new clips explain common legal terms – such as ‘pleadings’, ‘affidavit’ and ‘discovery’ – that non-lawyers might encounter when involved in legal proceedings. 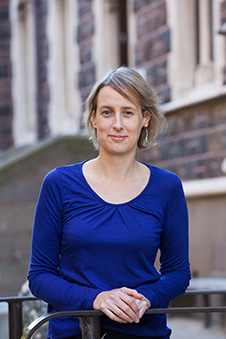 UOLIC Director Dr Bridgette Toy-Cronin says the Centre’s research has shown that technical legal language and unwritten or obscure rules make it hard for people to understand how courts work.

“Small things lawyers take for granted may for others be significant barriers to justice and finding a lawyer to help with civil disputes is increasingly difficult and unaffordable, so it is important to create more ways to help people understand our justice system’s rules, processes and terminology,” Toy-Cronin says.

The UOLIC is interested in promoting innovation to supplement the official and predominantly text-based information that is available, and the animations are one such contribution, Toy-Cronin says.

The UOLIC’s first collection of videos explained issues such as where and how to get help with a legal dispute. The latest animations dive further into the system to explain common legal terms, such as what an affidavit and pleadings are, and the process of discovery (which involves exchanging information with the other parties in the dispute).

“We hope that the animations will help to demystify the court process. A simple explanation delivered in a fun way can alleviate the unfamiliarity or strangeness that exacerbates the trauma of becoming entangled in a dispute” says Dr Toy-Cronin.

The videos were animated by an Otago Polytechnic communication design student.

The new and 2018 videos are available on the Legal Issues Centre’s YouTube channel.