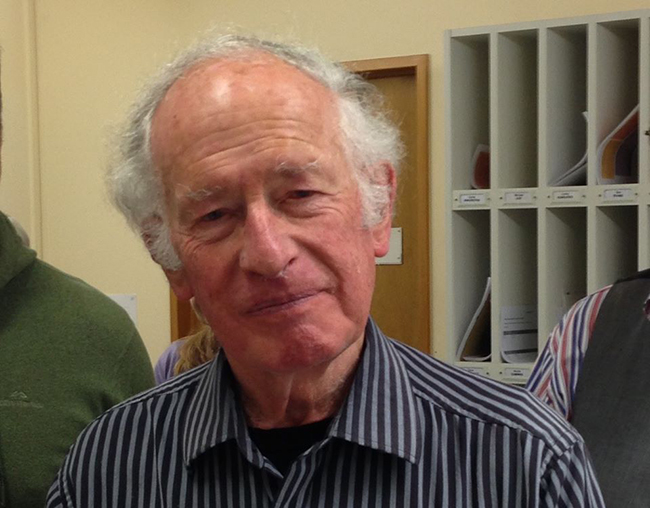 Dr Hale has published on Shakespeare, Austen, and others, but is an internationally recognised expert on the the seventeenth-century poet’s work.

Since retiring from the University of Otago in 2005 he has continued research for a number of titles. His most recent work, Milton's Scriptural Theology, was released in early 2019.

Dr Hale says he was “delighted and honoured” to receive the award.

“These are my peers and colleagues of many years, who have also been very generous scholars over the years since 1988. Besides the Honoured Scholar for Most Distinguished Essay, Book, or Edition of each year they make several awards, and for each you receive a solid brass plaque – don't drop it on your toe. I have worked my way gradually up through these plaques to the present award, which is for a lifetime's work on John Milton.”

Dr Hale published his first essay on Milton for the Festschrift the English Department held or Professor Margaret Dalziel’s retirement in 1980.

Other essays followed, “sporadically at first”, which were published in the Turnbull Library Record from Wellington and later international organs like Philological Quarterly and Renaissance Studies.

“These were mainly on Milton's Latin writings which were many and varied: one wrote in Latin back then for the international intelligentsia. I was digging into an aspect of Milton studies where I had the right credentials – the same languages as Milton himself – out of all which came my first book, Milton's Languages, in 1997. Then each one has somehow or other come out of the ones before; seven in all, after Milton's Scriptural Theology was published in 2019.”

Dr Hale has been invited to attend the Milton Society’s awards in Dublin next year, and will speak at the event.

“I will thank the Milton Society, and say why I hope that my interests within that community are followed up by younger people when I hang up my boots.”